The Players Are Just Not Itching to Start Before Christmas, Sixers Rumors Around the Corner? Vote at the UC, and Other Bulls Bullets Skip to content 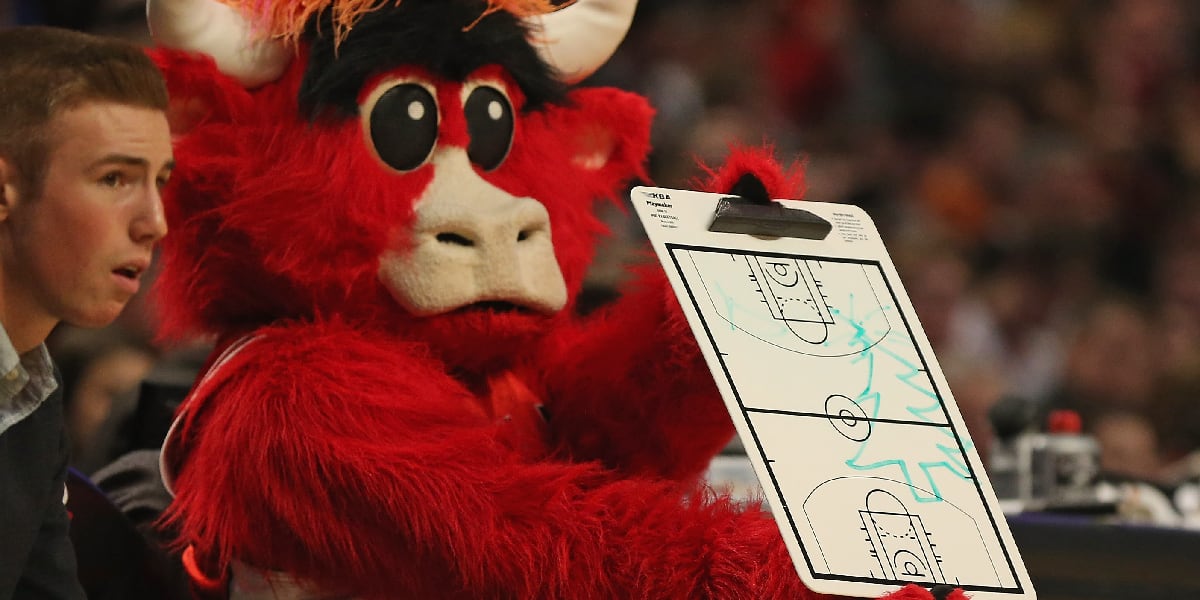 The girlfriend and I are pretty hooked on that show Unsolved Mysteries on Netflix. Especially during the month of October, it’s the perfect amount of eery and intriguing. The only problem is, we tend to watch it right before bed, and that makes me believe I’m about to wake up outside Nantucket on some kind of boat with random gibberish written all over my feet.

I’ve also found myself finding so many mini unsolved mysteries in my daily life. For example, my phone was on the kitchen table this morning instead of my nightstand. I don’t remember putting it there! Then, this morning we found a tiny dead little nat on our bathroom sink … but neither the girlfriend or I remember smashing it!??? HUH!?

Wait, also, will we ever figured out when the NBA will start next season!? Whoa. Unsolved Mysteries are all around us, people.

•   The NBA Board of Governors wants to start next season before Christmas. The players? Not so much. Yesterday, we learned a group of stars have pushed back on the idea of a December 22nd start. Negotiations appear to remain fluid, but it’s hard to say whether or not the NBA and NBPA can reach an agreement to play around the holidays. Michele Roberts – head of the NBPA – reiterated to The Athletic’s Shams Charania that the “overwhelming” response to this early start has been negative, and there is no rush for the two sides to agree on next season’s terms. Chances are, Commissioner Adam Silver and the Board of Governors do not feel the same about the latter, as players have been clear about an eight-week notice before the 2020-21 campaign (which would be this week if our eyes are set on Christmas time).

•   At the end of the day, I think we’re primarily looking at either a start before Christmas (what the league wants) or on MLK Day (what a group of players want). Both are not too far away, but we know they have vastly different financial implications, with a pre-Christmas start reportedly netting the NBA $500 million. Keep in mind, while this feels like a cash grab by owners, this added revenue could also help the players. I think what’s ultimately decided is anyone’s guess right now. I wouldn’t be shocked if a timeline dropped tomorrow, and I wouldn’t be shocked if it dropped two weeks from now. We’re dealing with the same unknown as several months ago during the league hiatus. Conversations will just have to run their course.

•   The Bulls probably want a December start, right? The team has not played since March, and I have to assume their new front office is eager to finally evaluate the talent. Arturas Karnisovas and Marc Eversley can do all the front office shuffling they want, but it’s hard to legitimately reconstruct this roster without things like a free agency date and a salary cap figured out. All of those things pretty much go hand and hand with a 2020-21 start date. The sooner things can get up and running again, the sooner this team can officially get back on track.

Within hours of Daryl Morey parting ways with Rockets, Sixers ownership, led by Josh Harris, was in pursuit — culminating in a NYC dinner on Oct. 18 — and worked to upgrade its front office. https://t.co/2KLwCMBNjn

•   A big roster led by a player who can barely shoot 3’s seems like Morey’s worst nightmare, and, for that reason, this hire will probably open the door for plenty of speculation in the trade market. Joel Embiid and Ben Simmons are two players people already suspected could be on the move, but Morey’s presence arguably makes it far more likely. The question then becomes whether or not the Bulls could get involved. I’m not trying to stir up any kind of false hope, but we’re talking about two teams with two new front office leaders. Karnisovas and Eversley have made it pretty clear that this isn’t a rebuild and that they’re comfortable jumping at an opportunity if it presents itself. Anything can happen.

The United Center will be used as a polling place on Election Day for the first time. https://t.co/CFzBzrvNOb pic.twitter.com/u14B9l9qQs

•   Talked all things Bulls. Check it out … or don’t. You can make your own decisions.

Shoutout to @LockedOnBulls for having me on the show! Awesome conversation about a lot to look forward to in the Bulls universe. https://t.co/XCM4InjV3M