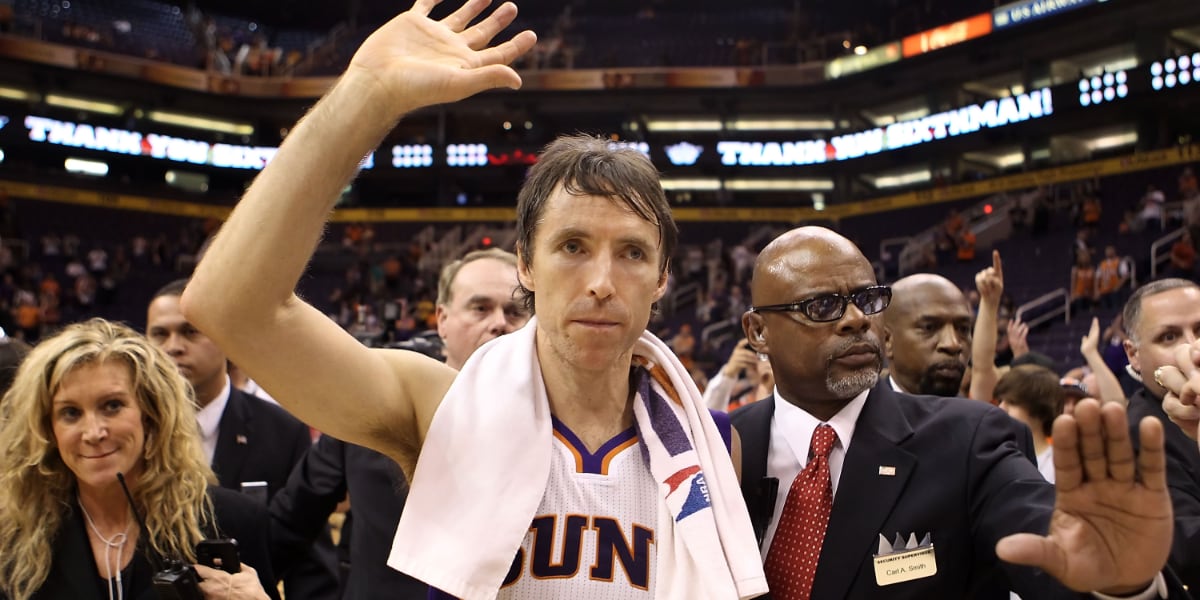 I went down a splendid rabbit hole this morning, accidentally finding myself watching every single home run from the Cubs 2016 playoff run. In any other normal job, I’d probably worry that my boss would get upset, but at Bleacher Nation I might get employee of the month (which, let’s be frank, I should probably get every month, right Brett?).

Anyway, time for some bullets … just after I finish these 2010 Derrick Rose highlights.

•   One of the most well-connected and respected former players in the league, Steve Nash isn’t messing around when it comes to building out his coaching staff. The Brooklyn Nets new man in charge has already hired former teammate Amar’e Stoudemire and kept highly-respected assistant coach Jacque Vaughn in the mix. Now, ESPN’s Adrian Wojnarowski is reporting that Nash will add long-time head coach Mike D’Antoni and the league’s highest-paid assistant Ime Udoka to his staff.

Mike D’Antoni and Ime Udoka are finalizing deals to become assistant coaches under Steve Nash with the Brooklyn Nets, sources tell ESPN. Together, D’Antoni and Nash were the architects of the Seven Seconds or Less Offense with the Phoenix Suns in the mid-2000’s.

•   While it will all come down to the on-court success, this looks like one of the most stacked coaching staffs we’ve ever seen on paper. And, in a lot of ways, the hiring of guys like D’Antoni and Udoka is genius considering the lack of traditional coaching experience for Nash and Stoudemire. In total, it now feels like the Nets have four head coaches: Nash, D’Antoni, Vaughn (head coach of Nets for the bulk of last season), Udoka (received several head coach interviews over the past couple of offseasons). I’m a bit curious to see how this all meshes because we could be staring at a too many cooks in the kitchen scenario, especially when we factor in the strong personalities of Kevin Durant and Kyrie Irving. However, it rarely hurts to have so many strong basketball minds in one place. Also, you got to love Nash rebuilding his old Suns team. You know this guy just wants to get his boys a ring.

•   We are just under three weeks away from the 2020 NBA Draft, and I have no idea what the Bulls are going to do. Whether it be trading up, trading down, or staying put, we’ve literally heard rumors on it all. I bet that’s exactly the way Arturas Karnisovas likes it, though. The Bulls have reportedly been one of the hardest teams to figure out in NBA circles, which could tell us that everything is on the table behind the scenes. With that said – more than any other rumor – the idea of trading down on November 18th has picked up the most steam.

More Rumblings That the Chicago Bulls Could Trade Down on Draft Nighthttps://t.co/epSERAdFcm

•   I saw some folks ask a good question in the comment section of the post above: Why would anyone want to trade with the Bulls on draft night? Considering this draft class is continually referred to as “weak” and “hard to figure out,” it feels like giving up assets to move up has a better chance of hurting a team than helping a team. I’d say there is definitely a world where organizations become hesitant to trade with a team like the Bulls as the draft nears. At the same time, we’re still talking about the No. 4 pick in the draft. With each draft board looking different, and each team in a unique situation, there is a good chance that at least some team highly values a top-5 talent. I mean, think about programs like the Knicks or Pistons. Both are in even worse situations than Chicago and in desperate need of more firepower. Would any of us be shocked if one of them wanted to trade up for a big-name like LaMelo Ball? I doubt it.

•   Anyway, The Athletic wrote more about draft smokescreens and what the hell the Minnesota Timberwolves might do at No. 1, so give it a read. They may not focus specifically on the Bulls, but the article serves as a good reminder that it’s hard to believe anything right now. I mean, even all this recent chatter about Chicago trading down could be hullabaloo.

•   DENI AVDIJA STANS UNITE! The Ringer gave us a breakdown of one of the draft classes best all-around talents. Give it a watch, and let me know your thoughts.