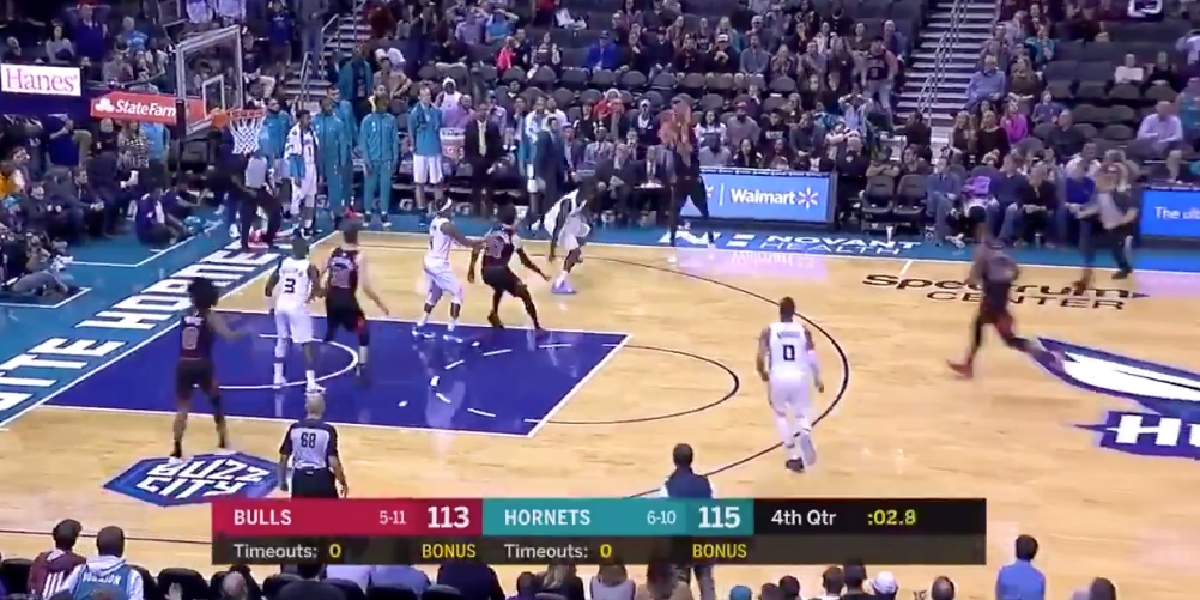 After four days, I’m relaxed and working in the home office instead of planted on the couch watching election coverage. Feels like I’m in Narnia.

•   The 2019-20 Bulls season will likely be forgotten. Sure, we may remember it as the year that finally broke the GarPax machine, but another underwhelming on-court performance combined with the lack of any bubble presence will make this campaign another lost chapter in the history books. With that said, on an individual basis, I can think of one or two memorable moments. Coby White’s seven 4th-quarter 3’s against the Knicks will surely occupy space in my noggin for quite some time. Not to mention, the rookie’s breakout February. What will stick out most, though, will be Zach LaVine’s bonkers outing against the Charlotte Hornets. You know the one.

THIS ENDING WAS UNREAL 🤯

Can't wait until hoops are back. pic.twitter.com/W0yQYJYdtW

•   A Chicago Bulls game being used by a major media company to get people hype for next season!? Rare. LaVine 13 3-pointers put his name in NBA history, and the fact that he reached that mark with a dagger fadeaway 3 with .8 second left makes the memory all the better. While I remain unsure of how high LaVine can continue to fly in the coming years, there is a good chance we’ll look back at this game as a pivotal moment in his career. Not only did it show that superstar ability to play with a chip on his shoulder (the previous game was when Boylen benched him), but it showed how easily he can dominate a game. People question all the time whether or not LaVine can be a winning player, and rightfully so. I’m still not 100 percent sure he can be one, myself. But we can’t deny that this was a winning performance.

•   If an assumed “dunker” goes off for 13 3-pointers ad 49 points, I think it’s safe to say he is a lot more than that. The annoying thing is that after six seasons in the NBA we still don’t know exactly who LaVine is or can be. The guy has been put in crappy situation after crappy situation, and that’s why I have been hesitant to put any kind of ceiling on the 25-year-old. Even when it comes to his defensive play – which I recognize has been very weak at times – I have a hard time blaming him. In practically each situation LaVine has found himself, he’s been asked to carry the weight on the offensive end. I don’t think that is a rock-solid excuse for not giving 100% on defense, but it’s also not nothing. In any case, I know the Bulls are in a position right now where it could make some sense to dangle LaVine on the trade market. I also know that a handful of Bulls fans would not mind seeing a trade come to fruition. I’m just not ready to throw in the towel on a player who has shown steady improvement each season despite some of the worst circumstances.

•   To be clear, I’m not calling this man a No. 1 talent. I still don’t think he is the best player on a high-seeded playoff team. I’m just saying that I see a world where LaVine can remain a cornerstone piece for Chicago, and we should at least investigate that possibility next season under a new coaching staff (as opposed to focusing on some kind of trade). Like, would any be surprised to see the Bulls get into the playoffs only to see Zach LaVine have a Jamal Murray or Donovan Mitchell-type breakout? We’ve seen him put up those numbers before, and if he were to do it on such a big stage, the conversation around him would become a whole lot different.

•   The Athletic’s Danny Leroux asks whether or not the 2021 free agency is worth it for every team. Since he doesn’t mention Chicago, I’ll provide an answer – ABSOFREAKINLUTELY. The Bulls are in desperate need of a true star, and after finally overhauling their front office and adding a qualified head coach, 2021 is the organization’s best chance to land one. Everything they do over the court of this next season should be with that in mind.

Lead initiators with Killian Hayes’ array of skills don't come around often. The case for his fit with the Bullshttps://t.co/YJ7zpwDoi8

•   MJ might as well have been playing at home when he visited MSG.