I Trust Karnisovas, But I Also Have Some Concerns About the Recent LaMelo Ball Rumors Skip to content 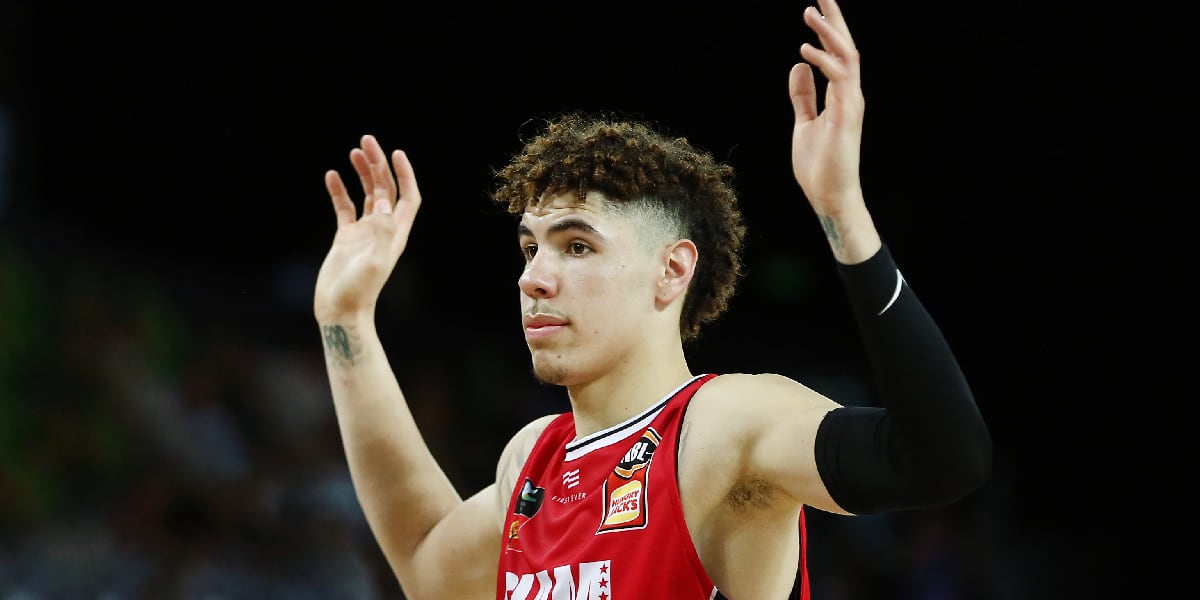 I’ve written about LaMelo Ball way more than I expected to over the last week. Like, way more.

Chicago was not even in the Ball conversation for months on end. Then, to absolutely no one’s surprise, things got weird. Rumors started to swirl about Ball potentially dropping down draft boards. Then those rumors quickly flipped to Ball becoming a lock at No. 1-overall. In fact, people began to talk about the idea of teams trading up for the point guard, and those conversations have included the Bulls.

I tend to believe all this speculation is largely due to Chicago’s need for a true facilitator. Ball is easily the most gifted and flashy passer in this class, so connecting the two sides isn’t all that difficult. Little, if any, information has leaked out about what Chicago’s front office wants to do, so I think these Ball rumors may hold very little weight.

With that said, we can’t just dismiss them.

The Bulls have been increasingly connected to Ball as the draft nears, and as owners of the No. 4 overall pick, Chicago may very well be in a position to draft him on November 18th. The organization’s new front office is also eager to get a new face of the franchise, and Ball is one of the most recognizable pre-NBA personalities of the last decade. The guy has a cult following already … but let me describe why I’m not a member of that crew.

The Profile, The Questions

First things first, I get the upside.

His court vision is unmatched in this draft class, he has elite position size (6’7″), and he is a great ball-handler. Can he be a highly-productive lead guard for years to come? Absolutely. Can he also end up coming off the bench in three years? Unfortunately, yes. Out of the top-3 picks, Ball might as well have the lowest potential floor. He may be a passing wizard, but he lacks in several other areas. His athleticism is underwhelming; his defense is uninspiring; his shot selection is concerning; and his lack of a real winning resume is scary. Not to mention, at every stop, questions have been raised about his work ethic and maturity. In Lithuania, one of his teammates called him “lazy” and “arrogant.” In Australia, he literally just dipped out of the country without telling any of his teammates. Bruh.

I know playing against grown men overseas has its benefits, but it is also not as if he played in leagues that are considered top tier like prospects Deni Avdija or Killian Hayes. When we combine that fact with some of his numbers … things get more worrisome.

In his 12 games in Australia’s pro league, the NBL, he shot 37.5 percent from the field and 25.0 percent from 3-point land. Sure, he averaged 17.0 points per game, but that’s because he was on the worst team in the league and had the green light to shoot 17 times a game. His shot selection raised a ton of eyebrows, and that kind of decision-making can be hard to fix when it’s been allowed since the AAU days. We also have to consider that the reason he struggles to create his own shot is due to some meh athleticism, so that could make it even harder to fix at the NBA level.

Defensively, Ball has the frame to be productive, but he can lack the effort (a pretty big red flag when we consider effort is half the battle on the defensive end) and quick feet to stay in front of more athletic guards. The sheer thought of him and someone like Zach LaVine in the backcourt is enough to make Godzilla cower in fear. The Ringer released a great scouting profile on him back in August, and the video describes how Ball was in the 4th percentile of defending spot-up shooters in Australia. Even worse, he was below the 1st percentile in defending pick-and-rolls … aka the most common play in basketball.

I know the sample size is small, but doesn’t that just add to the problem? What games has he played over the last couple of seasons that really offers scouts a good look at his capabilities? Ball’s Lithuania days were short-lived and inconsistent. Then, his time in the JBL (the league created by his father) seem plagued with ridiculously inflated numbers. The kid did drop a 40-point triple-double with 16 rebounds and 10 assists, but he also went 15-40 from the field (lol) and did it against questionable talent at best. Australia provides the best look, yet we just poked holes in a lot of what he did above.

Look, if the Bulls end up with him, I’ll support it. Arturas Karnisovas is a highly-respected talent evaluator, and he will forever know way more about what makes a solid basketball player than I do. When I look at Ball, I just have more questions than answers, and that worries me for a Chicago team that is trying to get back on track. The last thing this franchise needs is a draft bust right out of the gate – let alone, a negative vibe inside a newly constructed locker room.

At the same time, I accept that it can be valuable to swing for a home run. Ball could take the court and prove every single doubt I had wrong. That is a very real possibility for a player that took the untraditional route Ball did. And, heck, the more wrong I am, the better of the Bulls would be. Fine by me!