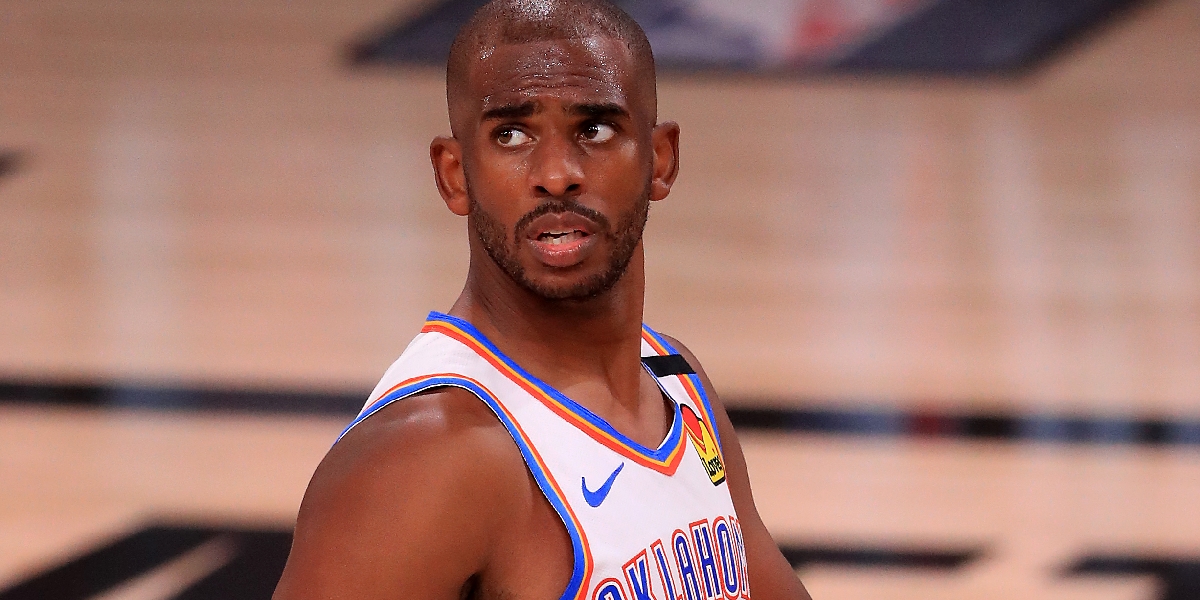 We are less than a week away from the moratorium on transactions being lifted.

We are exactly one week away from the 2020 NBA Draft.

We are nine days away from the start of free agency.

•   Let’s start in Chicago, where the Bulls have reportedly been the hardest team to figure out this offseason, as little to no information is trickling out from Arturas Karnisovas’ new front office. The lack of information has created a blizzard of NBA Draft rumors, which has left fans with the tough task of trying to decipher what’s B.S. and what’s … well … less B.S. All we know for certain right now is that the organization has interviewed Auburn forward Isaac Okoro and worked out Iowa State Guard Tyrese Haliburton. Additionally, we got word that the Bulls took a closer look at Alabama point guard Kira Lewis Jr. at the end of October. Haliburton and Okoro could theoretically be No. 4 picks, but both have far more frequently been projected to go further down the lottery. As for Lewis, he seems to be a sure-fire late-lottery pick. Could this tell us the Bulls are legitimately interested in trading down? Maybe.

•   At the same time, we have heard that Chicago could possibly land one of the originally projected top-3 picks. Anthony Edwards and LaMelo Ball have both crept into the Bulls conversation as rumors about both falling down the draft board linger. If that does happen, the question then becomes: Would the Bulls take one of the boom or bust prospects or try to strike a deal with a hungry late-lottery team like the Pistons or Knicks?

NBA Draft Rumor: One of Anthony Edwards or LaMelo Ball Might Drop to the Bullshttps://t.co/gjaVjnvy5t

•   We may not have a clear idea of what the Bulls want to do, but it sure does seem like they are eager to do something. Yahoo Sports’ Keith Smith tweeted out on Monday a list of the “most active” teams on the trade market right now, and you bet the Bulls made the cut!

•   Speaking of trades, draft night could be full of them. Minnesota and Golden State’s interest in moving their respective picks has been widely reported, but now Minnesota could be pivoting toward another goal. According to The Ringer’s Kevin O’Connor, the Timberwolves are interested in acquiring a second lottery pick. I can’t help but wonder whether or not that’s to add another young talent or potentially pair both picks in a trade for a third star to play alongside Karl-Anthony Towns and D’Angelo Russell. O’Connor also reports that the Hawks have emerged as a potential suitor for the T-Wolves, among other teams that are interested in acquiring the No. 6 pick.

Sources: The Timberwolves are attempting to acquire a second lottery pick. They’ve had talks with the Hawks for #6. A possible deal could include Jarrett Culver and #17.

A number of teams are interested in Atlanta’s #6 pick—the Pelicans and Celtics being among them, sources say.

•   While the Bulls have not been linked to either the Pelicans or Celtics, both are interesting teams to keep an eye on. The Celtics have three first-round picks that they are reportedly willing to part ways with (No. 14, No. 26, and No. 30), while the Pelicans have the 13th, 29th, 42nd, and 60th picks in the draft, along with a number of assets, in their back pocket.

•   Another currently competitive team that might try to sneak their way into the draft lottery is the Denver Nuggets. According to the Denver Post’s Mike Singer, the Hawks, Celtics, and Wizards (No. 9) could all be potential trade partners.

News: The #Nuggets have explored trading into the top-10 of next week's draft, two league sources tell @denverpost.https://t.co/ojUPydoE5e

•   Hm. I have wonder if there is a world where the president of basketball operations Tim Connelly gives his old GM a call about the No. 4 pick. If anyone knows the value of the current Nuggets players, it would be Arturas Karnisovas. Whether it be in this draft or in the future, I’m very interested to see if the prior relationship between the two sides ever leads to any kind of trade discussion.

•   Houston, we have a problem (how many times do you think pun has been made today?). According to ESPN, the Rockets two superstars do not feel confident about the future of the organization. Rumors have already started to swirl about the possibility of a Russell Westbrook trade this offseason. I find it hard to believe James Harden would even enter that conversation, but the NBA has a funny way of surprising us.

•   Since the moment Oklahoma City’s season came to a close, people began to talk about a Chris Paul trade. Would he go to the Bucks? What about the Knicks or Lakers? Surprisingly, the first team to enter the chat is the Phoenix Suns. ESPN’s Brian Windhorst reported that the two sides have had trade discussions about the 35-year-old superstar.

Suns in trade talks with Thunder for Chris Paul https://t.co/25mkYoIQxA

•   Meanwhile, the Knicks are trying to save their assets for a go at another “high-profile player.”

Something worth noting on NYK/Chris Paul: some MSG people have been wary of giving up too many assets in a Paul trade because they want to ensure there's enough capital in place for future trades. More here: https://t.co/vsseMUhZnR