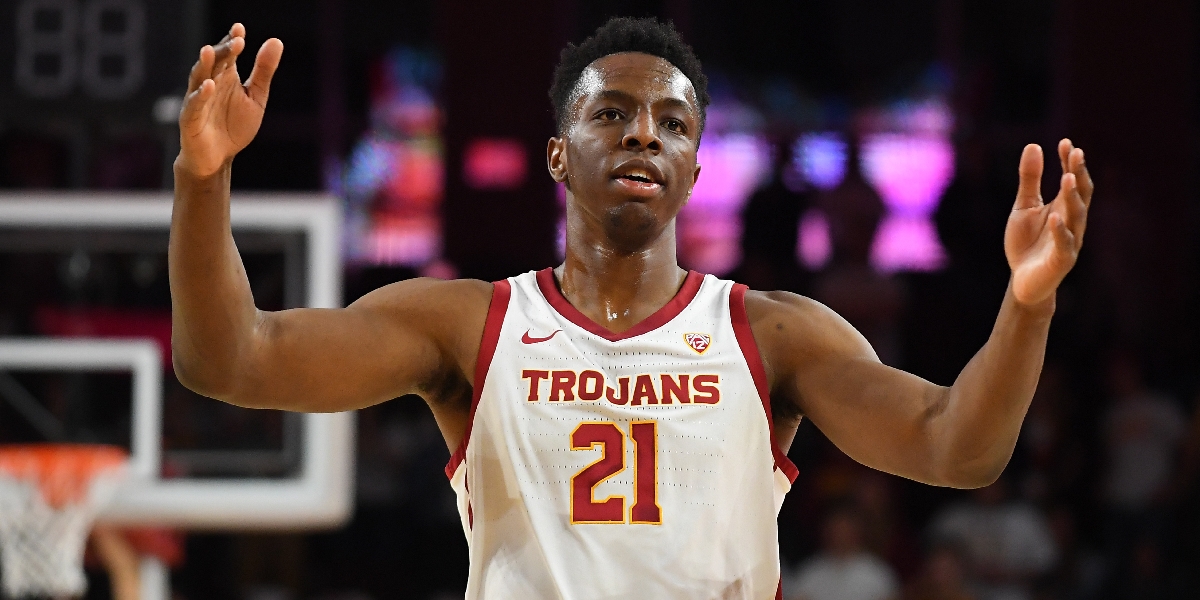 At one point or another, the Chicago Bulls have been rumored to have interest in almost every projected top-10 pick in the 2020 NBA Draft. Deni Avdija, LaMelo Ball, and Tyrese Haliburton have been the most popular names associated with the team, but Anthony Edwards, Killian Hayes, Patrick Williams, Isaac Okoro, and Obi Toppin have all come in and out of the conversation, as well. Like I said … they’ve been connected to a LOT of names. In fact, the only players that have been – for the most part – left out of consideration have been the draft’s top-seeded centers – James Wiseman and Oneyka Okongwu – who’ve been mostly connected to the Golden State Warriors and Charlotte Hornets, respectively.

Considering the Bulls have a 21-year-old Wendell Carter Jr. on the roster, this has kind of been expected. The Bulls big man has had his injury troubles, but he still showed some positive signs of life last season with 17 double-doubles and a Rising Stars nod at All-Star Weekend.

The expectation is that Carter Jr. will continue to get a fair chance to prove himself as a cornerstone piece of the Bulls frontcourt. At the same time, the NBA has taught us to expect the unexpected.

Onyeka Okongwu and the Bulls?

According to NBC Sports Chicago’s K.C. Johnson, the Chicago Bulls are interested in Okongwu at the No. 4 spot, and he talked about as much on 670 The Score’s Mully and Haugh show on Friday.

“Then Okongwu would be there for you at four, and I know the Bulls are intrigued by him. but that’s duplication of Wendell Carter Jr. Now, Arturas has flat out said publicly, and has shown in the past with the Jokic-Nurkic draft in Denver that he and Tim Connelly engineered, that duplication does not bother him. If the number one player on your board is there, and you got somebody on your roster that player that position, it doesn’t matter, you take that person. You figure it out later. So, I think Okongwu would be a possibility if he is there at four.”

I hope Carter Jr. is ready for some competition.

All things considered, this is the first legitimate connection I’ve seen made between Chicago and the USC center. For weeks, we’ve been led to believe that Chicago will go after a wing or point guard due to the clear gaps on the roster and the sheer number of high-end prospects at each position. But Johnson is right, we can’t forget what Arturas Karnisovas said shortly after he took over the organization.

“Again, always in every situation we chased talent. The huge discussions around the league are the best available versus the need. But I think where we are going to be picking it is going to be the most talented guy available,” Karnisovas told Sam Smith of Bulls.com.

While the 2020 NBA Draft has been all kind of complicated, the goal has been clear – add talent. In Denver, Karnisovas stockpiled certain positions with talent, finding what pieces worked and trading away the pieces that didn’t. Chances are, he is prepared to take a very similar stance here in Chicago.

Okongwu has been a highly-touted prospect throughout the draft process, and it’s not hard to see why. He may be considered small for his position (6’9″) but he sure doesn’t play like it. The 19-year-old might as well have more energy than anyone in this draft class. When he takes on opposing bigs, he plays aggressive, fast, and smart. His defensive instincts are NBA ready, and his natural offensive versatility is intriguing. The ridiculously popular NBA comparison for the Okongwu is Miami’s Bam Adebayo. As a Bulls fan, I’d also compare him to a more offensively gifted Taj Gibson.

Now, I know that adding talent is never a problem, but it is just a fact that Wendell Carter Jr. happens to offer a lot of the same things as Okongwu. Both are undersized players with good length and solid rim-protecting skills. Okongwu does play with a bit more burst and athleticism, but Carter Jr. has the better length and footwork. Additionally, Carter Jr. might actually present a better offensive upside. Okongwu is strictly a center right now, whereas Carter Jr. has flashed the ability to play power forward. Okongwu could certainly add a more effective jumper with some NBA training, but Carter Jr. came into the league with far more potential as an all-around scorer.

If Karnisovas went this route, I could see a decision between the two being hard to make. I’m prepared to let this front office worth their magic, though, so if they believe Okongwu is the best option on the board, so be it.

And don’t forget, we did just hear some rumors about the preferences of the new front office:

Anyway, as usual, I’ll drop some film below. Let me know what you think.