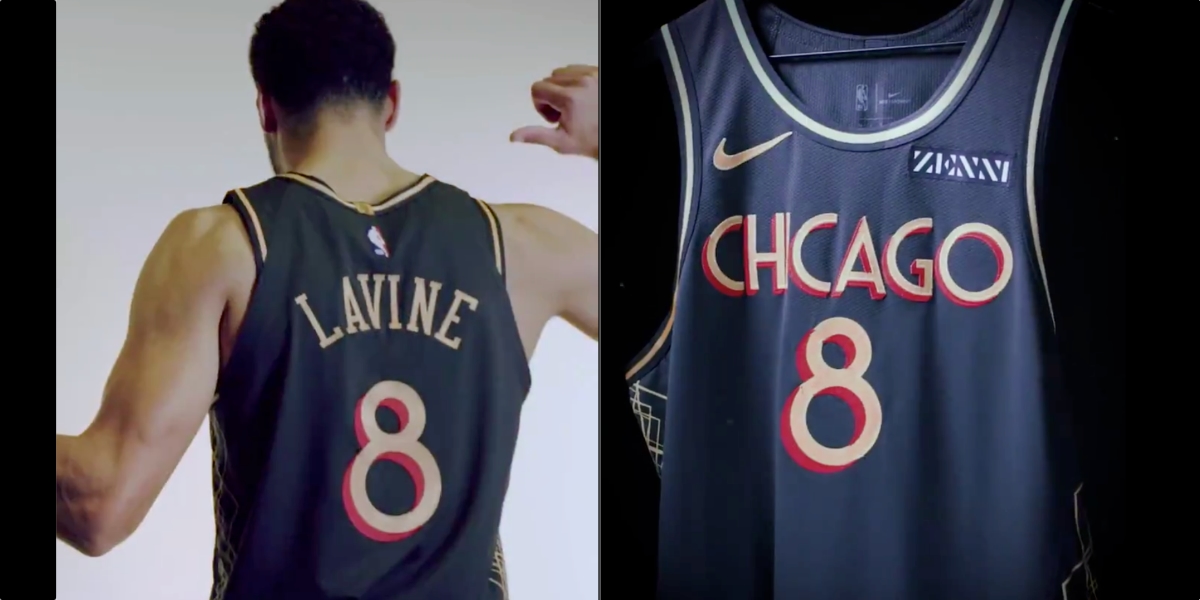 Turns out those leaked pics we saw a little while back really are the Bulls new 2020-21 City Edition uniform.

The Chicago Bulls unveiled the new look on Friday morning, and while I know a lot of folks weren’t too fond of the style, I think the hype video might change a few minds.

A jersey honoring the best city in the world. pic.twitter.com/ESq3o2pjBL

I’m not saying these have all of a sudden moved way up my City Edition ranks – the white Chicago flag jersey remains my favorite – but they look a tad cooler than in those crappy, poor lit photos we got initially. I like that they’ve focused on the architecture around the city, and the apparent nod to the Chicago Theater is a cool idea. Did anyone consider throwing a skyline on there, though? I feel like that maybe could have spiced things up. For more on the potential thought process behind the jersey, I recommend reading Rob Schaefer’s piece over at NBC Sports Chicago.

All in all, not my favorite, but probably better than the blue look last year. What do you think??