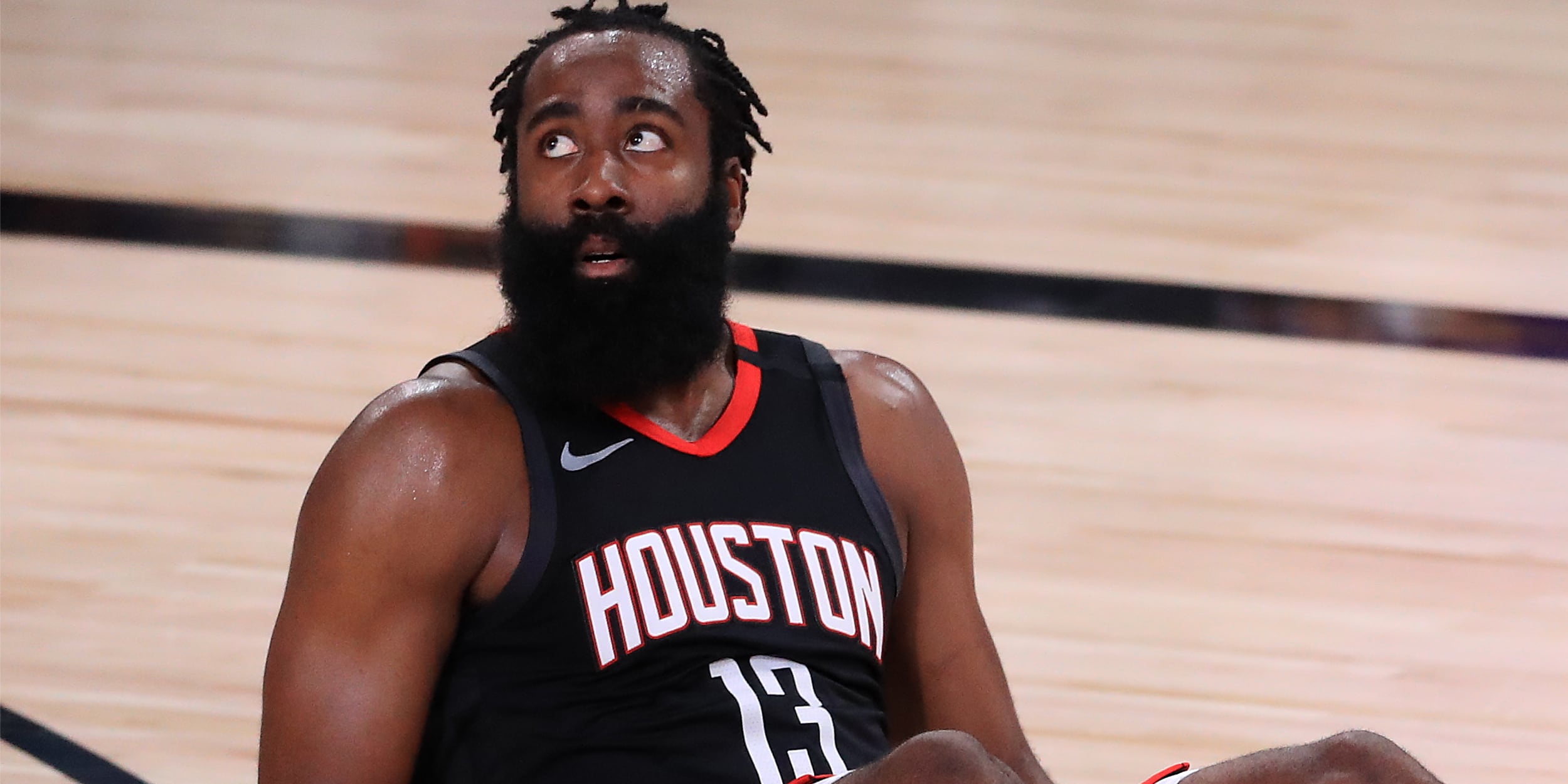 On Sunday morning, ESPN’s Adrian Wojnarowski reported that the league’s transaction moratorium would be lifted early on Monday (12:00 p.m. ET). The NBA promptly celebrated by getting drunk with James Harden trade rumors.

Sort of. Technically, the Rockets and Nets’ front offices have not yet officially spoken about a deal, but the idea of re-joining Kevin Durant is apparently “resonating” with Harden. This news comes only a couple of days after The Athletic’s Shams Charania reported that Harden remained “locked-in” to the upcoming Rockets season, despite the fact that Russell Westbrook wanted out of Houston.

With the Rockets in the midst of organizational change, though, speculation looms that Harden could eventually look for a change of scenery.

Sources: The Rockets continue to tell teams that they plan “run it back” with Harden this season. So far, there have been no trade discussions between the Rockets and Nets. https://t.co/wHrTqvCPew

New head coach Steve Nash would have his hands full with a starting lineup that features Harden, Kevin Durant, and Kyrie Irving. The team would undoubtedly be considered a top contender thanks to the sheer on-paper talent alone, but there is no way it will be easy to figure out the hierarchy. All three of those players need the ball in their hands to be their best selves, especially Irving and Harden. But, hey, they need to add some talent if they want to stand a chance against a rising Bulls squad, right?

So what would it take to get a deal done? Well … a lot. The Nets would have to offload plenty of contract and draft picks to not only (1) make the space for Harden, but (2) make it worthwhile for the Rockets. Including Spencer Dinwiddie, Caris LeVert, Jarrett Allen, and Taurean Prince in the deal would make the money work, but multiple first-round picks would have to be thrown into that deal to make the Rockets (potentially) pull the trigger. I’d say that haul isn’t terrible, but one has to wonder if the Rockets could get a better potential superstar in a deal with another team. For example, what if the 76ers were interested and offered Ben Simmons or Joel Embiid?

Money-wise, Harden is owed roughly $132 million over the next three seasons, so it would clearly tighten the Nets pocketbook for the foreseeable future, thus forcing them to get a bit creative when building a supporting cast. I guess that might not matter, though, when Durant and Irving are on the roster. Just sign a couple of those cardboard cutouts in the stands and see what happens.

If the deal is really on the table for Brooklyn, you have to do what you can to make it happen. But I’m not sure anything ends up getting done – I mean, the finances alone would be very tough to figure out – but this is a must-follow story over the next couple of days. Man, the NBA never fails to surprise us.