Bulls Will Give Qualifying Offer to Denzel Valentine, But NOT Kris Dunn Skip to content 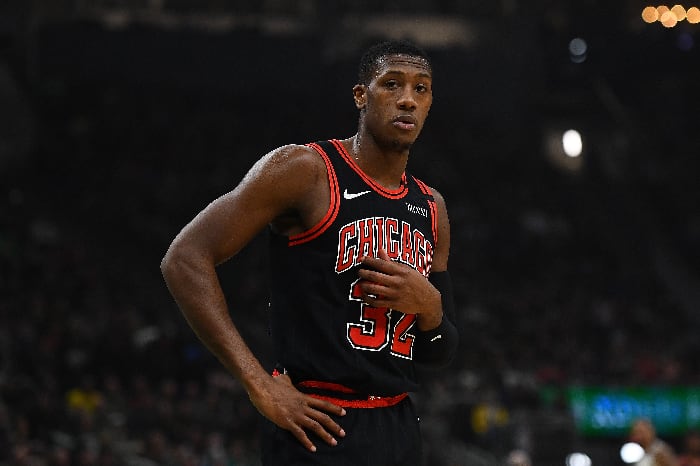 The Chicago Bulls front office has made its first roster decision.

According to The Athletic’s Darnell Mayberry, the organization will extend a $4.7 million qualifying offer to 2016 first-round pick Denzel Valentine.

The Bulls have extended a $4.7 million qualifying offer to Denzel Valentine, the 14th overall pick in 2016, sources tell @TheAthletic.

And, simultaneously, they have decided NOT to extend an offer to Kris Dunn, per NBC Sports Chicago’s K.C. Johnson.

The Bulls plan to not issue a qualifying offer to Kris Dunn, per sources. The Clippers are among several teams expected to show interest in the soon-to-be-free-agent guard.

Can also confirm Bulls will extend qualifying offer to Denzel Valentine, which @DarnellMayberry had 1st.

Surprised? I’m not sure you should be. The decision not to retain Dunn has been on the horizon for a while.

Because while he put together a breakout defensive performance in 2019-20, he doesn’t necessarily fit with where the Bulls are at in their competitive cycle – all-defense, no-offense guys like Dunn can be more of a luxury than a need (which is why a franchise like the Clippers reportedly have interest). Chicago has only a couple of roster spots at their disposal, and Arturas Karnisovas may well believe he can fill Dunn’s spot with a player that (1) helps the team in a more substantial way and/or (2) comes at a cheaper price. Speaking of which, Dunn would’ve been expensive.

Heading into this offseason, the Bulls could have extended a qualifying offer to Dunn, Valentine (more on him in a second), and Shaquille Harrison (TBD). Dunn, however, was the priciest player to retain, as his QO bumped up from $4.6 million to $7.1 million. That’s a hefty price tag for someone who appears to be a specialist in an already stuffed backcourt.

Moving onto the second half of the news … Valentine gets his QO, and people are surprised:

I mean, the qualifying offer for Kris Dunn is expensive. I get turning it down (especially if you’re going to extend one to Shaquille Harrison). I think Dunn is good, but it’s a big number.

The Valentine qualifying offer is a bit of a stunner to me though.

I certainly understand the frustration to keep Valentine and move on from Dunn, but I also fail to find it all that shocking (we’ve discussed this possibility twice before).

Valentine is one of the team’s more consistent 3-point threats, and he happens to possess the best all-around skill set out of the three players who are up for qualifying offers. The Bulls also have had rumored interest in adding another facilitating guard into the mix for weeks now, so opting to keep a player that promotes more ball movement over a defense menace fits what appears to be the team’s current philosophy. Also, for what it’s worth, I think someone like Valentine could be put to pretty good use under Donovan.

Sure, someone could argue that Valentine could have been kept around on a smaller deal, but I guess this franchise didn’t want to risk losing him. He has maintained health for a good period of time now, and perhaps he showed promise to the front office during the mini-camp.

At the end of the day, Dunn probably didn’t have a long-term future in Chicago, anyway. I’m bummed to see him go after a breakout campaign, but it’s just part of the change we have to come to expect under this new front office.