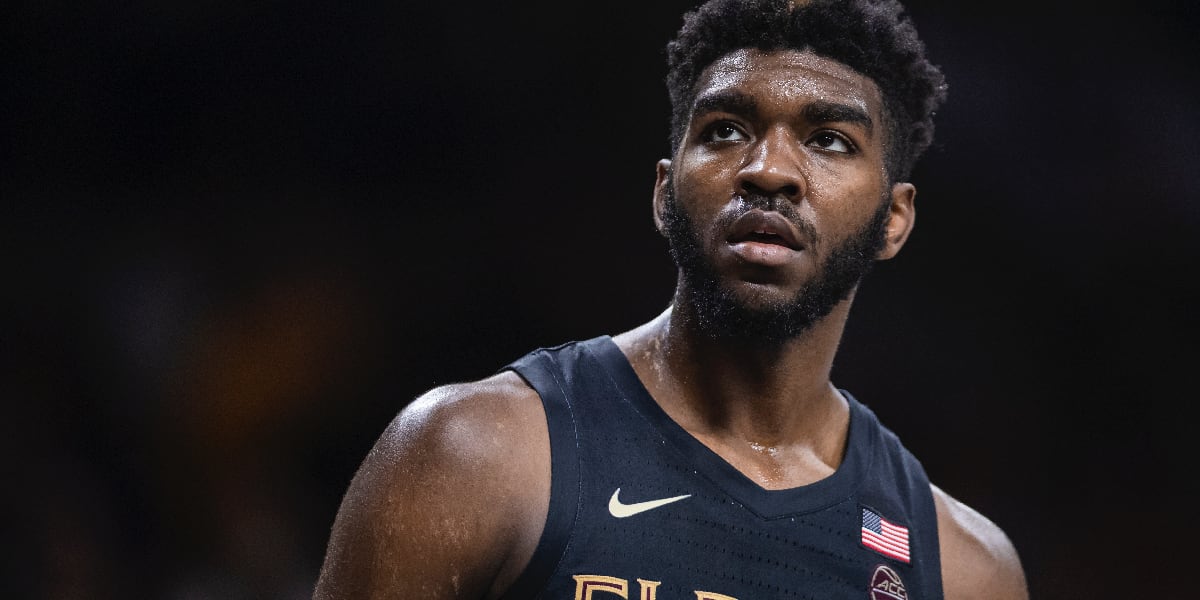 NBA fans might not know who Patrick Williams is, but NBA scouts sure do.

Despite the fact that he didn’t even start a single game for the Florida State Seminoles in college, it is clear that the 6’8″ small forward is ready to take the NBA leap. In fact, Williams has worked his way up draft boards in recent weeks and has been connected to the Chicago Bulls at times. Organizations are reportedly enamored with his combination of size and athleticism. Not to mention, as the youngest player in the draft, there is serious optimism that Williams will eventually become an elite two-way player. So while he might be considered a project, almost all teams seem to consider him a project worth taking on.

He has been connected to the Detroit Pistons at No. 7 quite often, but recent comments from insiders around the league suggest this isn’t the highest he can go. The Ringer’s Kevin O’Connor said last week on The Mismatch podcast that the Bulls had interest in Williams at No. 4, along with Deni Avdija. Then, ESPN’s Jonathan Givony followed suit in his latest mock draft, writing that “plenty of chatter revolving around the possibility of selecting FSU wing Patrick Williams has emerged.”

Local Bulls guru K.C. Johnson has now also hopped on the Williams hyped train, taking things further than anyone else yet. He wrote over at NBC Sports Chicago that the Bulls could be “increasingly focused” on Williams as Wednesday night nears:

But this is indisputable: The buzz surrounding the Bulls becoming increasingly focused on Patrick Williams is intensifying by the day.

One league source even went so far as to say he’s under the impression that the Bulls have told the Florida State forward they plan to draft him should they not trade up from No. 4.

Two things: (1) This isn’t necessarily a smokescreen situation. I guess the Bulls could want to make the Pistons uncomfortable and force them into a trade-up, but that seems a bit unnecessary considering we don’t know how locked-in the Pistons are. Not to mention, there is a good chance the Pistons would try to target someone else if they were in the Bulls position. (2) If this interest is “intensifying by the day” this close to the draft, there is usually at least some legitimate interest in the prospect.

I will say this, though, I’d be very surprised if this front office told Williams they plan to draft him “should they not trade up.” We may not know this front office very well, but that just doesn’t feel anything like Arturas Karnisovas would commit to so plainly. Other organizations have struggled to get a read on what the Bulls want to do because Karnisovas likes to keep his options open and his lips sealed. Promising Williams a pick would limit the organization’s opportunities on draft night, and Karnisovas has proven multiple times in the past he isn’t afraid to make a move if the right one presents itself.

Now, that isn’t to say I wouldn’t agree with the draft pick. If the Bulls were to choose Williams at No. 4, I’d be accepting – albeit a bit puzzled. The Florida State wing does feel like a player Chicago could get with a trade down. I suppose reaching for a prospect doesn’t matter as much in a confusing draft like this, but I’d still hope the Bulls could take advantage of the opportunity and add a couple of assets (if Williams is, in fact, their guy).

As always, I’ll end things by saying this: who the hell knows what can happen. All these rumors just make the anticipation that much more fun. Sometimes the draft board can fall into place the closer we get, so I’ll be sure to keep my eye on Williams over the next 24 hours.