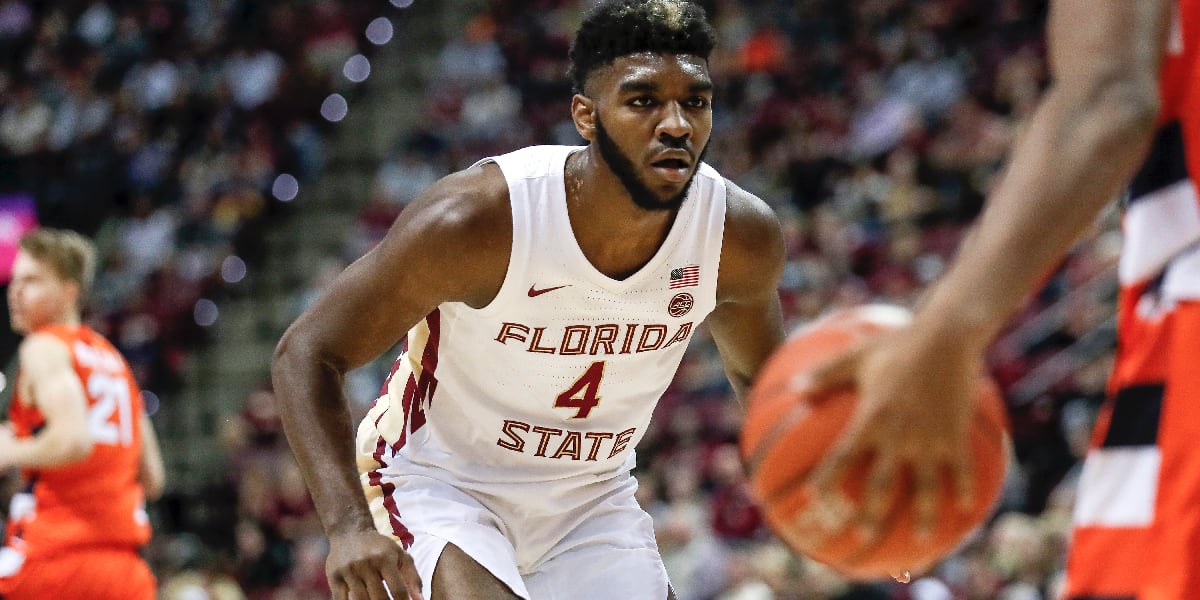 IT’S DRAFT DAY. WE HAVE A TON OF RUMORS. LET’S TALK ABOUT THOSE RUMORS.

I ALSO SHOULD TURN CAPS LOCK OFF.

•   Draft Day morning got absolutely wild in no time. Bulls fans awoke to a brand new trade rumor from The Ringer’s Kevin O’Connor, who reported that Golden State is deciding whether or not to trade the No. 2 pick to Chicago for Wendell Carter Jr. and the No. 4 pick. That’s a spicy and somewhat concerning meatball!

•   I’ve already seen a very wide range of opinions on this proposed trade across the interweb. And while I accept all takes, let me tell those who want the trade why they’re wrong (lol jk, you are entitled to your opinion, I’m just going to share mine, because it’s right). First things first, there is a reason why it has reportedly been so difficult for the Timberwolves and Warriors to find a suitable trade partner in this draft. All signs point to those organizations valuing the No. 1 and No. 2 pick as if this were a normal draft, while the remaining teams in the league understand that this draft is one of the weaker and more confusing drafts in quite some time. In other words, this isn’t a draft class that is necessarily worth losing assets over. Too many of the players projected to go at the top of this draft are question marks, and there is a real possibility the Bulls could (1) land a top-3 guy at No. 4 or (2) land someone at No. 4 who proves to have the same value as a top-3 guy.

•   Additionally, let’s make sure we do not get hung up on the allure of the No. 2 pick. A case could easily be made that any of the top-3 prospects would be considered further down the draft board in more recent drafts. In fact, there is a world where Wiseman – who’s played just three college games – is ranked roughly the same or lower than Wendell Carter Jr. in the 2018 draft. Just because he may got No. 2 in this draft doesn’t mean that he is automatically better than someone like Carter Jr.

•   I digress, though. My worry doesn’t really revolve around trading Wendell Carter Jr. (in whom I do still have faith) or selecting James Wiseman. What I’m worried about is losing assets. We aren’t just talking about Carter Jr. in this trade, we are talking about the No. 4 pick, as well. The Bulls would be giving up two lottery picks who could possess strong future value for a shot at one who could possess strong future value. The organization would need to be so utterly confident that Wiseman (or whomever they’d select at No. 2) is better than those two players combined.

•   Look, if Karnisovas believes this is what will get the Bulls back on track, I’ll choose to support it. At the same time, I wouldn’t be surprised if this is all smoke sent into the Twitterverse by the Warriors. The organization has not only wanted to trade the pick for a while now, but they may truly be more enamored with a player the can get further down the draft. Could it be potential Bulls target Deni Avdija?

•   The Patrick Williams stove has gotten hotter by the day. Many believe the Bulls have a legitimate interest in the Florida State wing who is also the youngest player in the draft. NBC Sports Chicago’s K.C. Johnson has been all over this Williams rumor, and he added to the fire this morning with a rather interesting comment:

If Bulls stay at No. 4 and draft Patrick Williams, as some rival teams believe is their play at that spot, it will be more evidence of the partnership aspect with management that Billy Donovan cited when he took head coaching job. Donovan is said to be a fan of Williams.

•   FWIW: Sports Illustrated’s Jeremy Woo also reported the other day that the Bulls did work out Williams: “Per sources, Williams has worked out for Chicago. Beyond that, it’s still unclear what the actual interest level level is there. At this point, it’s worth naming every other player linked to Chicago, a list that includes Obi Toppin, Tyrese Haliburton, Killian Hayes and, in the event he’s on the board, LaMelo Ball.”

•   Do I think Billy Donovan can dictate whom the Bulls select? No. Do I think Karnisovas will take into consideration what he has to say? Absolutely. My biggest question with Williams is whether or not the Bulls can trade down for him. Selecting him at No. 4 would feel like a stretch to most, but if they could most down to No. 7 or No. 8 and grab an additional asset, it could make plenty of sense.

•   If this doesn’t tell you just how confusing and frustrating the top-3 in this draft is, I don’t know what will.

Hearing Timberwolves continue to operate like they do not want to pick at #1. Sources say Minnesota even signaling it could draft for another team—like Wiseman for Charlotte—and hope to figure out a deal later. Sounds like more demand for Wiseman than LaMelo and Edwards.

•   Despite clawing their way to the Eastern Conference Finals last season, rumors have swirled about the Boston Celtics urge to switch things up. The New York Times’ Marc Stein reported this morning that they are still searching for a worth trade partner this morning. The organization holds the 14th, 26th, 30th, and 47th pick in this draft, and all are reportedly on the table.

The Celtics keep searching for trade pathways to get into the top three of tonight's NBA Draft, league sources say. 10-ish hours left to find one …

•   Meanwhile, the Knicks acquired a trade pick of their own. ESPN’s Adrian Wojnarowski reported this morning that the Utah Jazz traded the No. 23 pick in the draft for the No. 27 and No. 38. While this move doesn’t seem all that intriguing, it could prove quite significant later tonight. Rumor has it New York is interested in trading up the board, so packaging these two picks could help incentive a trade. My gut tells me we should keep an eye on the Bulls here. Depending on how the players start to fall tonight, this move could make a lot of sense for both sides.

ESPN Sources: The New York Knicks are moving up in Wednesday’s NBA Draft, acquiring the Utah Jazz’s pick at No. 23 for the 27th and 38th picks tonight. Knicks are now picking at Nos. 8 and No. 23. https://t.co/fjVHs85nY5

•   Will Okongwu now be the player who tumbles down the draft board? Injuries can have an increasing impact as draft night nears.

Two NBA sources: Onyeka Okongwu has a foot injury that could cost him training camp and maybe some of the regular season. Could impact where he's chosen in tonight's NBA draft (but not a lot).

•   The Athletic made a change to its mock draft, but the Bulls pick remained the same (Deni Avdija).

•   Speaking of Avdija, he is hands-down the most popular pick for the Bulls heading into tonight.

With One Night To Go, the Bulls Latest Mock Drafts Are Dominated by One Playerhttps://t.co/Nv4C7aUnob