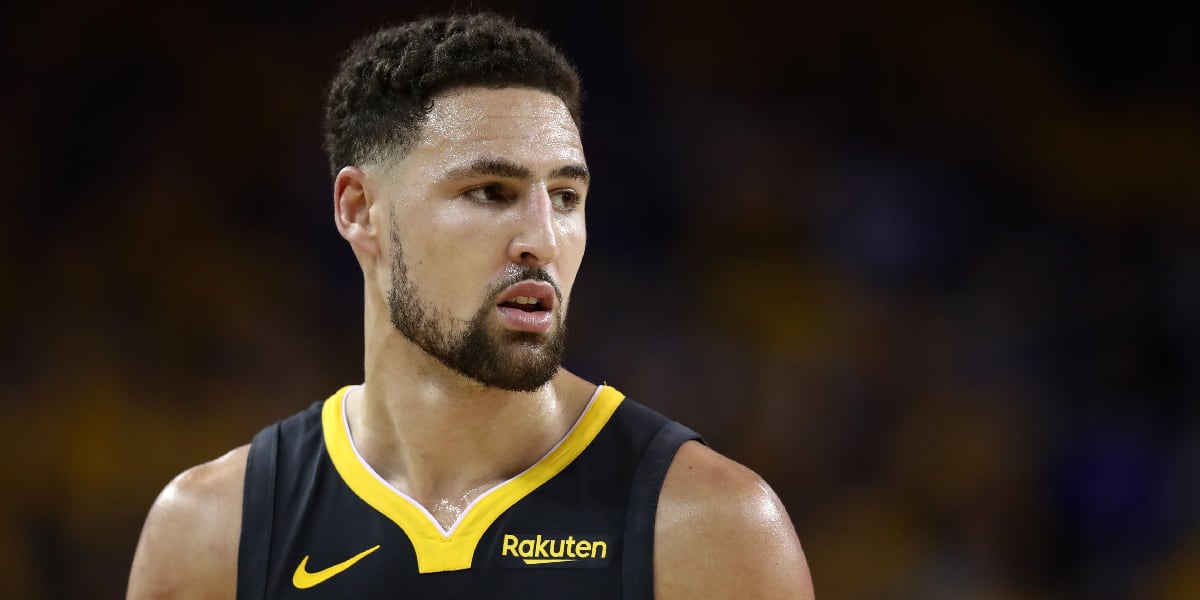 Just before I was about to click publish on this last-second rumor roundup post, Shams Charania dropped this absolute bombshell with just an hour to go before the draft:

•   As you can imagine, the Warriors, who have the second pick in the draft, are likely SPRINTING to find out the severity of this injury. Thompson’s availability and productivity next season can dramatically change the way they approach this draft and they’re found out about this, you know … today. Now. Today. Nuts.

•   Patrick Williams is projected to the Bulls in yet another mock draft. Sports Illustrated’s Jeremy Woo switched his pick for the Bulls from Deni Avdija to the Florida State wing on Wednesday. He now joins NBC Sports Chicago in his prediction. If you’ve kept up with all the drama, then you know Williams has burst onto the Bulls scene over the couple of days. Most expect him to go somewhere around the 7-10 range, but some believe Chicago could be soooo interested they grab him at No. 4. I’d be genuinely surprised if that happened considering Karnisovas is kind of known for his savvy draft night moves. The Bulls new front office just doesn’t seem like one to reach, but if there are no suitable trade partners and Williams is the highest-ranked prospect still on the board, I guess you go for it.

Updated mock draft is live, with latest info on the entire first round as of Wednesday morning: https://t.co/pnjpt0zw8Q

•   In other news, plenty of other teams are in the midst of making moves. Matt Babcock of Basketballnews.com reports that Dallas is looking to snag Danilo Gallinari from OKC in a sign-in-trade deal that would also send the 18th pick to the Thunder. If OKC were to pull off this deal, they would then have four picks in the top-34 in this draft, as the organization already acquired a new pick from the 76ers earlier today in a trade for Al Horford (which … uh … was unexpected).

The Thunder will have three picks in the top 34 tonight, including Nos. 25 and 28.

The Sixers are sending a lightly-protected 2025 first-round pick and the 34th overall pick in tonight's draft, sources tell ESPN. The Thunder are also sending Terrance Ferguson to the Sixers with Green. https://t.co/sDCfPo4T4L

•   If Gallinari does end up on the Mavericks, that might be bad news for the Atlanta Hawks …

There is a growing belief among rival teams that Atlanta will be in pole position for Danilo Gallinari and Rajon Rondo when free agency begins later this week, league sources say

As @NYTSports reported on Oct. 28, Rondo is also poised to receive strong interest from the Clippers

•   What also happens to be interesting about the whole 76ers situation is that they have reportedly shown interest in Zach LaVine. Now, I don’t think this trade is any indication of clearing space for LaVine, but it does kind of tell us that the 76ers could expect to be active in the trade market. With that being the case, who’s to say they will not be persistent about a potential LaVine deal?

Zach LaVine is a “Hot Name” in Trade Talks Around the Leaguehttps://t.co/M7UMnRuPhl

•   Hello, Knicks. As to be expected, New York is interested in moving up the draft board. The organization acquired the No. 23 pick from the Utah Jazz earlier today, and they now appear to be using that to sweeten the pot. Bleacher Report’s Jonathan Wasserman lists the Cavs and Hawks as possible suitors but would I be surprised if the Bulls got involved? Not at all. Several of the players the Bulls have reportedly shown interest in (Isaac Okoro, Tyrese Haliburton, Patrick Williams, and Kira Lewis Jr.) could very well be available when the Knicks pick at No. 8.

Yep, already buzz out that that the Knicks are trying to move up to 5 or 6 with 8 and 23

•   Uh, how does this happen? Why would anyone NOT want to go to the Bucks? What does this mean for Giannis? I have questions!

BREAKING – The Bucks' sign-and-trade that would bring Bogdan Bogdanovic to Milwaukee is in jeopardy, per @sam_amick. Bogdanovic did not agree to the trade.