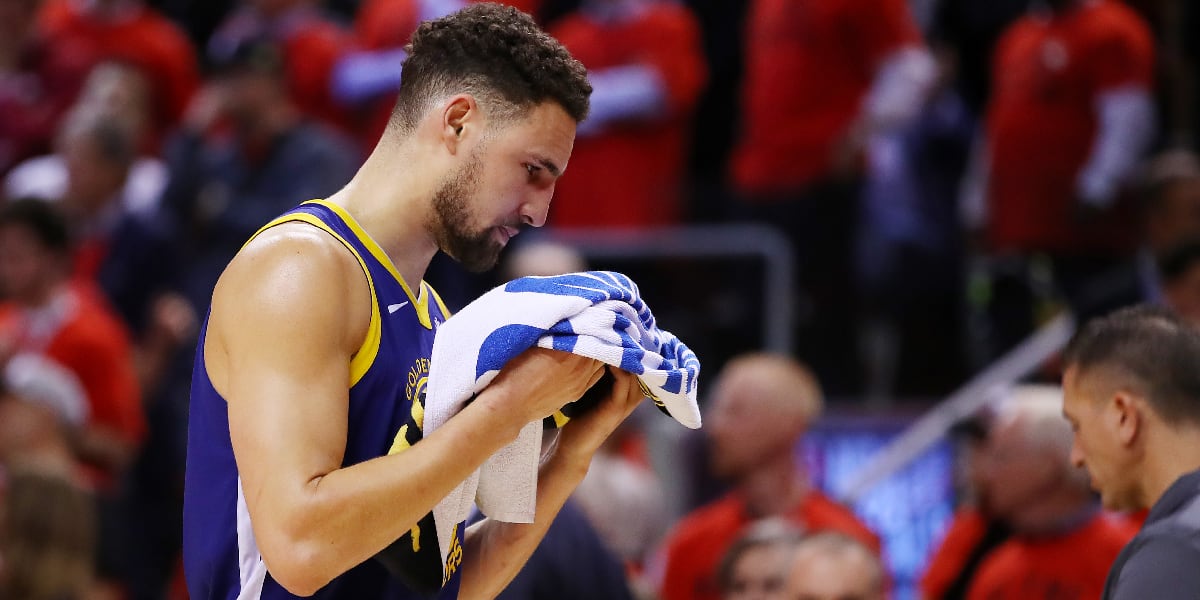 The league just got a little less interesting.

After scary reports broke on Wednesday night that Golden State Warriors star Klay Thompson suffered a leg injury in practice, ESPN’s Adrian Wojnarowski reported what we all feared one day later – Thompson will miss the 2020-21 season with a torn Achilles.

The devastating news comes only one season after Thompson sat out with a torn ACL in the opposite leg. He suffered that injury during the 2018-19 Finals before the Warriors ultimately lost the Toronto Raptors. Now, at 30-years-old, Thompson will miss two-straight seasons of organized play.

Bright side? He is expected to recover eventually.

Based on the type of tear, Thompson has been told to expect that he will make a full recovery, a source tells ESPN. https://t.co/wFA1AZREDe

For the Warriors who hoped to get back into the title conversation this season, the announcement certainly comes as a devasting blow. The organization did add some new talent in Andrew Wiggins (at the end of last season) and James Wiseman (with the No. 2-overall pick) to pair with Steph Curry and Draymond Green, but the absence of Thompson will surely set them back as true contenders. Something to watch out for will be the team’s presence in the trade market. With the still very much their competitive window, they could be aggressive in trying to fill Thompson’s role this season.

Anyhow, let’s all wish Thompson a speed recovery! The NBA is a better league when he is playing!