The Bulls Did Try to Trade Down (Probably), Williams' Contract Details, Not Starting, Team Reaction, and Other Bulls Bullets Skip to content 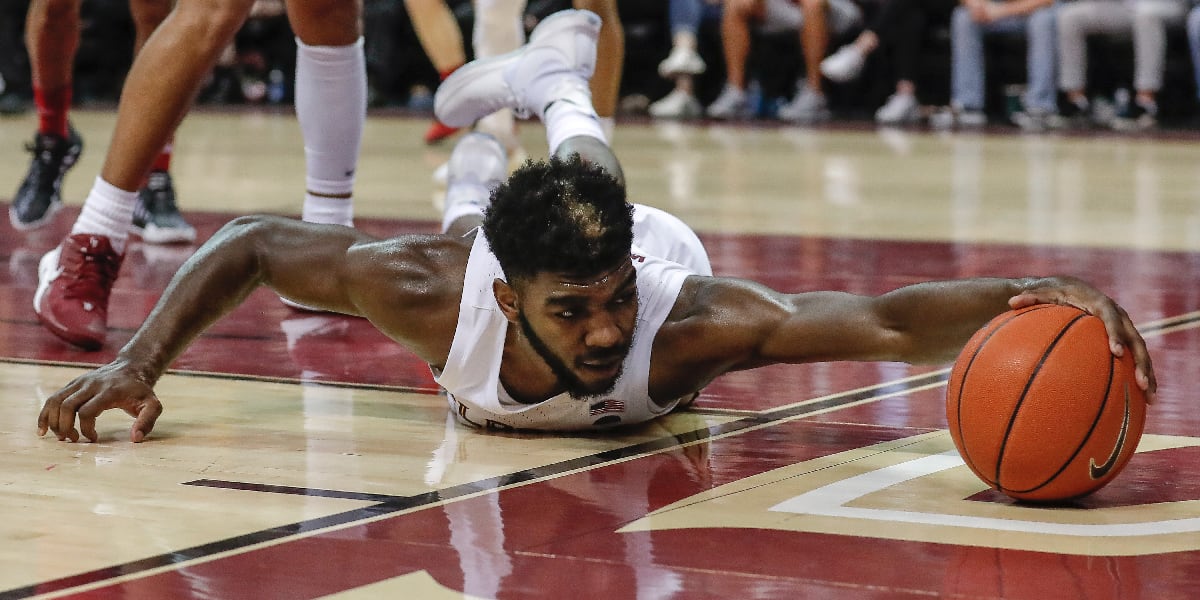 One night after the draft, I have thoughts. Those thoughts are shared below. Enjoy.

•   The Chicago Bulls selected Patrick Williams with the No. 4 pick in the 2020 NBA Draft. It’s time to accept that. Look, was I underwhelmed when Adam Silver read his name (er, rather, when I looked at my phone and saw Woj spoil the surprise)? A little. From Day 1, I had been a Deni Avdija stan and/or trade-down advocate. However, at the same time, I wasn’t disappointed. If the Bulls selected Williams even two picks later, Bulls fans would probably have had a much more tamed reaction. Let me remind folks, though, picks 4-10 had no clear hierarchy. Everyone knew it was a crapshoot going in, and the fact that Avdija fell all the way to No. 9 and Isaac Okoro went one pick after Williams at No. 4 demonstrated just that. The Bulls were not the only team to say, “screw the mock drafts, I’m going for the guy I want.”

•   The biggest complaint I’ve seen about this pick revolves around the fact that the Bulls didn’t trade down, Why are we automatically assuming that the front office didn’t try that? Because, uh, it sure sounds like they did. General Manager Marc Eversley literally told ESPN’s Eric Woodyard after the draft that the organization “took calls,” but were ultimately confident in the pick. Arturas Karnisovas then told reporters during his post-draft interview that the organization did not consider trading up, which could further suggest that a handful of those calls were about moving down. The two problems that could have very well presented itself is that (1) the packages offered in a trade down were weak, and (2) the Bulls learned they could miss out on Williams with a trade down. After all, the Cavaliers did take a freakishly athletic wing over their own right after the Bulls at No. 5. What if they were high on Williams?

•   Also, for what it’s worth, ESPN 1000’s David Kaplan tweeted that multiple teams were actually interested in trading in front of the Bulls to try to grab Williams. Believe that report all you want, but we do know the Detroit Pistons were very high on him heading into the draft. The San Antonio Spurs and New Orleans Pelicans were two other teams that reportedly had Williams high on their respective draft boards. None of this is necessarily new information, by the way. The Ringer’s Kevin O’Connor tweeted a week before the draft that Williams was a main target for several teams looking to trade up in the draft.

•   From what I’ve seen, a handful of Bulls fans are already coming around to the pick. I want folks to know that I, too, wasn’t jumping out of my seat, but I also hope that we can all give Williams a fair chance. The pick was a bit sobering in the sense that it reminded us that the Bulls still have a ways to go. The new front office did not come in with intentions to turn this team into an instant competitor. Chicago’s plan is still to build a long, sustainable winning organization. A developmental, high-upside talent like Williams fits perfectly with that philosophy. I’m not telling anyone how to feel or encouraging anyone to get super amped. Rather, I just want to share my two cents and suggest patience. We got a new front office. We got a new head coach. We got a whole boatload of change. I’m happy.

•   Ok, but also Williams does have some hella dope highlights, and he looks like a beast, so maybe you should be a little excited:

•   Also, to make you feel a bit more encouraged, the Bulls still got a totally reasonable draft grade. Bleacher Report, The Ringer, and SBNation gave the selection a B or B+. If anything, that is another indication that this wasn’t necessarily perceived as a “reach.” And, while it might not be the top grade, neither side really handed out many A’s in this draft.

•   If there is anything to be excited about with Williams, it’s his ability to constantly improve. We saw him take on a bigger and bigger role at Florida State, and we also saw him continue to rise through the predraft process. Karnisovas pointed out this consistency as a main reason why the Bulls made their pick.

Arturas Karnisovas cites "constant improvement" from game-to-game by Patrick Williams at Florida State as a big reason why the #Bulls were drawn to him.

•   Williams was just as complimentary of his new leadership:

•   Hey, I’m happy when a good guy can grab a bag. Williams truly sounds like a great dude, and I recommend you read through some of his quotes from last night’s press conference. I know talent is really what we are looking for, but I am excited this team signed someone who appears to be a great on-court and off-court presence. Questions surfaced about the work ethic of guys like Anthony Edwards and LaMelo Ball throughout this process, and the last thing this new era needs is any toxic vibes. I’m not saying that’s a reason not to draft someone, but it’s always a sweetener when you don’t have to worry about those things.

Just talked to Florida State coach Leonard Hamilton on the phone. Asked him what he'd say to those who point out Patrick Williams didn't start games: "He finished them."

•   For real, try not to worry about that whole not staring in college thing. Williams excelled in his role, and Florida State had a handful of guys to get involved. The guy still played a pivotal role in the team’s success.

For those who are worried about Williams lack of starting experience in college, just know this:

He still played the 4th-most minutes and took the 4th most shots (FG 45.9%). He was an integral part of their success and was on the court for the most important possessions.

•   Let’s round things off with a teammate dump:

Welcome my g! Let’s get to work!