Trades Are Extremely Difficult to Pull Off, Mokoka Re-Signs, the New Guys Arrive, and Other Bulls Bullets | Bleacher Nation Skip to content 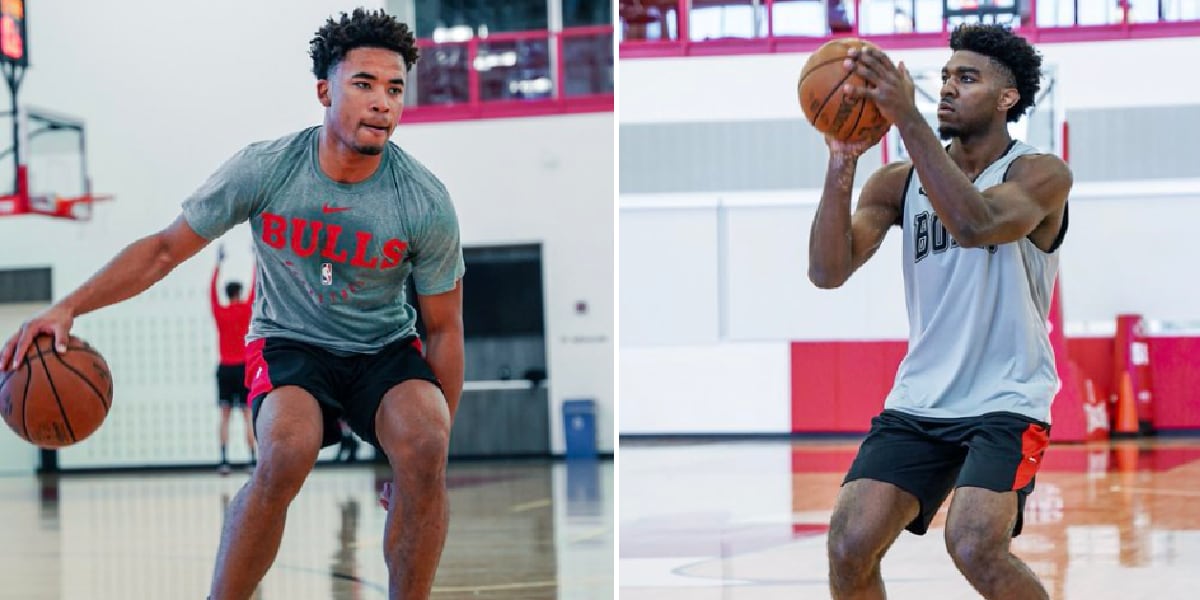 You know how you sometimes watch a reality competition and go, “I could totally be on that show.” Yeah, well that definitely is NOT the case for me and Dancing With the Stars. Aside from the fact that I am not a star (an important qualification), dancing just doesn’t make sense to me. I can bop to a beat if need be, but there is zero chance I could remember all those steps and arm movements.

You know what show I’d be good at? Deal or No Deal. I can pick the hell out of a briefcase.

•    I’d say it’s more likely than not that the Chicago Bulls head into the 2020-21 season with roughly the same roster as last season. Reading that sentence is understandably frustrating, particularly because we are talking about a team that just won 22 games. Not to mention, the idea of an overhauled front office typically coincides with change. The fact the team will look similar, though, doesn’t mean that (1) change hasn’t occurred and (2) change will not occur as time goes on. We’ve discussed the fact that this organization did not have much flexibility this offseason. Instead, the organization has a handful of youthful players that many around the league still view as potential cornerstone pieces. If the team doesn’t make a trade or roster move between now and the start of training camp, (#boring but whatever) it should reiterate that evaluating these young players is the priority. After that’s done, the rest of the change can occur.

•   What might that change look like? Well, I talked a bit more about that in a recent post. Feel free to check it out … or don’t! You do you.

When Should We Expect Bulls Trades and Who’s *Really* on the Table?https://t.co/0uyUYm91yS

•   In our Bleacher Nation group chat this morning I popped off faster than a champagne cork on New Year’s Eve. One thing that has frustrated me recently has been some of the “takes” on the Bulls lack of offseason moves. Now, to be clear, I’m not about to hardcore defend this front office. I also remain underwhelmed and surely wouldn’t mind some kind of roster shakeup. At the same time, as we discussed above, I can see why there may be a reluctance to do so. More specifically, I think we can fall into a trap of assuming that trades are easy. I catch myself doing it too. I mean, just think about how hard it is to agree on a fantasy football trade this time of year? Now, imagine you’re dealing with real money and real executives and real human players. It’s easy to mock up some kind of trade that includes Chandler Hutchison and Luke Kornet, it’s another thing to actually get someone to accept it, especially if it is for someone we deem as serviceable.

•   For example, let’s throw someone like George Hill into the conversation. The Oklahoma City Thunder just recently acquired him, and they also happen to be in full tank mode. Why would they need a solid veteran point guard? With Chicago’s clear need for a true facilitator, they could easily be assumed as trade partners. Although, take one step further, and it’s actually not that easy to think of a deal that a savvy executive like Sam Presti would accept. Are you really going to center a trade around Ryan Arcidiacono or Chandler Hutchison? He surely isn’t taking Cristiano Felicio off your hands without some kind of draft compensation. Should the Bulls even give that up for a 34-year-old Hill? How much better does Hill really make the team? Unless the Bulls try to throw a really attractive offer on the table, OKC would probably also prefer to hold onto a guy like Hill to trade to a contender for a better deal. The point being, there are a lot of things to consider, and it’s exhausting. I’m glad I’m not a GM (but the Bulls can still give me a call if they want … I know my way around a trade machine).

•   Now, if your argument is just to offload talent for whatever you can get in return, then that’s totally fair. I also have seen folks recommend that the Bulls just eat Felicio or Kornet’s money, which is also fair. The only reason I could see that not being in play is because the front office does believe those are expiring contracts that can be sent out in some kind of other deal later on this season. If the team does plan to move on from a guy like Thaddeus Young or Otto Porter, maybe they end up including one of those other contracts to help even things out. We know it happens a lot.

•   MOKOKA MANIA IS OFFICIALLY BACK. We knew the Bulls extended him a two-way offer a couple of weeks ago, and we also knew it was only a matter of time before Mokoka accepted. I think there might have been some interest around the league, but no one was going to go out of their way to give him a full-time roster spot. I’m more than cool with Mokoka staying in town. All things considered, he is the right type of talent to have on a two-way deal. The same can be said for Devon Dotson.

Per league sources: Adam Mokoka has signed his Two-Way Qualifying Offer with the Chicago Bulls. Mokoka back to Chicago for a second year on a Two-Way contract.

•   Speaking of which, the new boys are in town.

First shots up in the gym 👊 pic.twitter.com/2P0NNx2Lhw