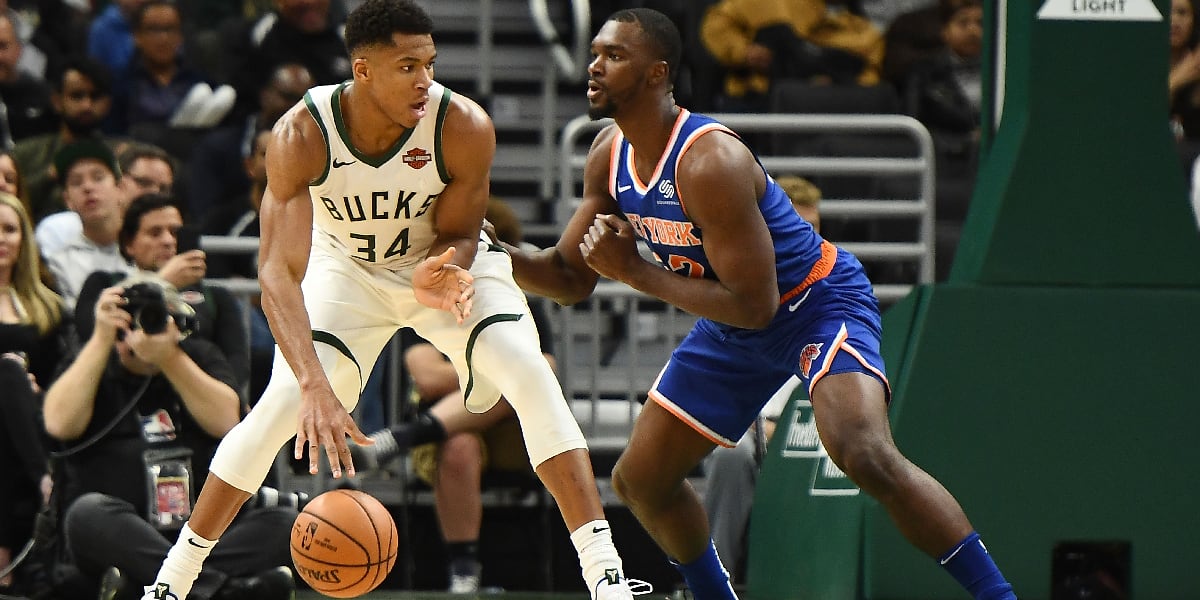 Just when we thought the Chicago Bulls were done making moves this offseason, ESPN’s Adrian Wojnarowski drops one of his signature bombs. Fine, not a bomb – more like one of those poppers you throw on the ground during the 4th of July.

According to Woj, the Chicago Bulls have signed big man Noah Vonleh to a one-year deal.

Vonleh is only 25-years-old, but he already has six years of NBA experience under his belt. He played one season at Indiana before being selected No. 9-overall by the Charlotte Hornets in 2014. He didn’t see the immediate success a franchise would like out of a lottery pick, however, and this resulted in the start of a journeyman-like career. Vonleh found himself traded to the Trail Blazers ahead of the 2015-16 season, where he played until being traded to the Bulls at the end of the 2016-17 campaign.

You don’t remember? Well, I don’t really blame you. Vonleh came to the Bulls in an exchange for cash considerations and the draft rights to Milovan Rakovic. The six-foot-ten power forward played only 21 games with Chicago before signing with the Knicks in the offseason. After experiencing his best season as a pro in New York (8.4 points, 7.8 rebounds, 1.9 assists) he signed a one-year deal with the Timberwolves for this past season, only to later be traded to the Nuggets as part of a massive four-team trade.

Now, without a team for the 2020-21 season, Arturas Karnisovas has decided to give Vonleh another chance. The two must be somewhat familiar with one another despite Vonleh playing only in a mere seven games last season. At such a young age with minimal consistency, taking a flyer on a skilled big man certainly doesn’t feel like the worst idea. The only confusing part of this decision on Chicago’s part is the fact that they already have 15 guaranteed contracts.

Vonleh’s could very well be a partially or non-guaranteed contract for training camp, which is set to start next week. Teams will typically bring in a number of additional players to evaluate during this time. The interesting thing about Vonleh, though, is that he does have a handful of NBA experience. While he has struggled to impress at any stop, it isn’t crazy to think that he could sneak his way onto the Bulls roster. With that being the case, we have to wonder if the organization is prepared to make room for him.

Bulls at 15 guaranteed deals so if Vonleh sticks through camp, $ will be swallowed. https://t.co/IrGqrQms0k

People have debated whether or not the new front office should eat money owed to players like Cristiano Felicio and Luke Kornet to open up a roster spot. The plan could be to do just that if Vonleh stands out. On the other hand, this decision could open the door for a potential trade. I’d say that’s less likely, but doing so is the only other way for the team to make room for Vonleh on the roster.

No matter the case, those options are both clearly on the table with Vonleh around, so it should just remind us that anything can happen between now and December 22nd.