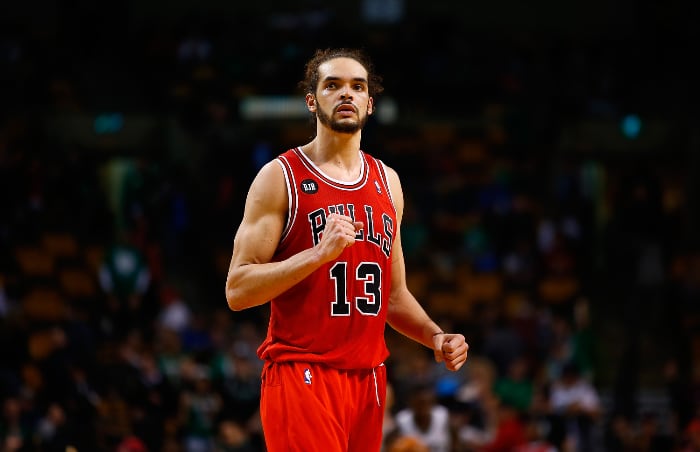 The league will never see another Joakim Noah, and I know that for a fact.

Clippers are waiving center Joakim Noah — and his agent, Bill Duffy of @BDA_Sports, tells ESPN that Noah is “likely headed toward retirement.” One of his era’s most ferocious competitors, Noah played 13 seasons, made two All-Star games and was a 3-time All-Defensive team choice.

And, man, what a freakin’ career it was.

Over his 13-year journey through the league, Noah became one of the league’s most unique, and talented centers. He earned the 2014 Defensive Player of the Year Award and cracked the All-NBA First Team roster. Before his time making history in Chicago, he also added two National Championship titles with the Florida Gators in 2006 and 2007. To better put what he means to the Bulls franchise in perspective, here is a nugget from when we wrote about him earlier this year:

Oftentimes, I think we remember Joakim Noah more for his personality and intensity rather than his actual gameplay. And while I don’t necessarily see that as a problem, I just want to make sure we highlight how good he really was. Noah is one of only two Bulls players to ever win Defensive Player of the Year (along with Michael Jordan), and he’s one of only four players to ever make an All-NBA First Team (Jordan, Scottie Pippen, and Derrick Rose). He’s in the franchise’s top-10 for games played (9th), minutes played (9th), steals (9th), rebounds (4th), blocks (3rd), and offensive rebounds (1st). Additionally, only Jordan and Pippen have recorded more triple-doubles than the big-man. Oh, and he’s also 7th in win shares and 4th in value over replacement. In other words, he’s single-handedly one of the best Bulls players of all-time.

Noah’s name will forever be etched into the Bulls record books (and LeBron James’ brain).

What’s next for the Chicago legend? Well, let’s all hope Arturas Karnisovas is on the phone with him right now to make sure he retires a Bull. Then, let’s hope Billy Donovan (Noah’s former coach) grabs the phone from Karnisovas’ hand and offers that man a spot on his coaching staff for years to come. He may not have won an NBA championship as a player, but there is still plenty of time to get him that ring!