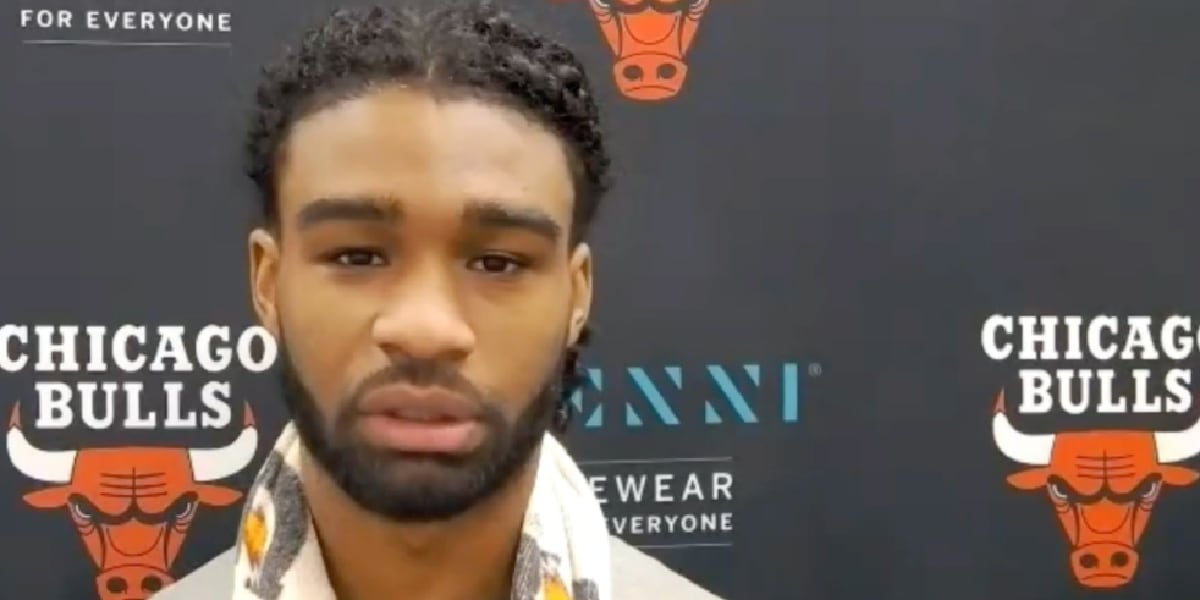 The Chicago Bulls have made one thing clear this offseason: Coby White is going to get a chance.

Billy Donovan mentioned White as the team’s “primary ballhandler” in his conversation with reporters during the opening day of training camp on Tuesday. However, as any angry significant other would remind you, actions speak louder than words. The Bulls front office stuck by that philosophy this offseason, choosing not to sign a “true” facilitator, despite numerous reports saying they intended to do otherwise. Instead, the organization drafted a versatile forward and signed a back-up veteran shooting guard in free agency. The path is now fully paved for White to start his second season in Chicago as the team’s starting point guard.

Even the hardest Coby White stan (*points to self*) would tell you that the 20-year-old has quite a ways to go before he can prove to be a long-term solution at point guard. It’s hard to deny that he has the scoring abilities and natural talent to warrant a tryout in the starting lineup, but it’s also hard to deny that he hasn’t shown a bulk of the skills needed to effectively lead an offense. On the court last season, he averaged only 2.7 assists per game. His assist percentage checked in at an uninspiring 16.3 percent, which was only in the 34th percentile of NBA talent in 2019-20. Meanwhile, White’s AST:USG percentage (how often White got an assist given how much he had the ball) was only good enough to put him in the 15th percentile.

Now, to be fair, let’s remember White’s role. The previous Bulls coaching staff didn’t put him in the starting lineup until the very last game of the Bulls shortened season. As a member of the second unit, White was viewed heavily as a sparkplug scorer. In fact, the most frequent lineups he appeared in were three-guard groups that involved fellow point guard Tomas Satoransky or Kris Dunn. Considering this was our introduction to White at the NBA level, it’s easy to pigeonhole him as the off-ball, flashy scorer.

I’m not going to say that getting buckets isn’t White’s best attribute, but I do think we should proceed with caution when we’re dealing with a 20-year-old. White has plenty of room to grow, and he sounds confident he did plenty of that this offseason:

Coby White: “I feel like I’ve taken a huge leap in my game, especially my decision making… shooting off the dribble, finishing at the rim… the game has really slowed down for me. I’m still learning but I feel like I’ve made a huge leap and I think I’m getting better for sure.” pic.twitter.com/RaNwOSAIeP

White has been fighting off questions about his ability to be a lead guard since the pre-draft process. Again, to the doubter’s credit, he has not yet proven he is capable of playing that role … but that’s what the present is for!

In his conversation with reporters on Wednesday, White sure sounded confident that he will get the opportunity he has been waiting for at the start of the season. He reiterated that his new head coach plans for him to be the team’s primary ballhandler.

“Obviously, yesterday, he said he wants me to the primary ballhandler and primary point guard, so it’s been great. He’s been super supportive, and he’s told me what I need to work on and what I need to take that next step in my game. I’m taking it in, and I’m learning, and I’m going to continue to learn from him.”

To be sure, White didn’t out-right claim the starting gig. He recognized a healthy competition with Satoransky is on the horizon, and that there is no plan to head into the next few weeks with the assumption that he’ll be on the court first when opening night arrives: “I’m going to compete like I don’t got it,” White said.

White may not want to assume anything, so I’ll happily do it for him. The job is his to lose. Despite all of his facilitating question marks, he still finished the end of last season averaging 24.7 points (FG 46.8%, 3PT 40.7%), 4.3 assists, and 3.8 rebounds over his last 10 games. Overall, his rookie season was good enough to earn him All-Rookie Second-Team honors, and there is undeniable room for continued growth moving forward. You just have to find starting minutes for a kid like that.

Both front office leader Arturas Karnisovas and head coach Donovan seem to believe White can take on this responsibility. For at least the time being, I’m going to choose to trust their judgment. After all, both have seen their fair share of impressive guards over the past couple of seasons (Jamal Murray, Chris Paul, Russell Westbrook, Shai Gilgeous-Alexader). Now, with that said, Donovan wasn’t shy about stating the areas of improvement White needs to make. In his own media availability, he pointed toward better communication as White’s next big step.

I think it’s safe to say, White has taken that to heart:

Funny enough, White has done such a good job of speaking up that Lauri Markkanen gave him a shoutout in his own conversation with reporters: “He’s a lot more vocal. He talks a lot. Maybe he keeps his mouth shut sometimes, but he’s taken a step there,” Markkanen laughed.

Look, we can’t claim White is the Bulls answer at point guard. At least, not yet. The guy has plenty of work ahead of him to be the player this team needs, but I got to admit the path he’s on right now looks pretty damn good. Confidence from his coaching staff, praise from his front office, and recognition from his teammates are all good signs for an up-and-coming talent. And if you don’t agree, that’s totally okay! White will gladly prove you wrong.

You can watch White’s full interview below: