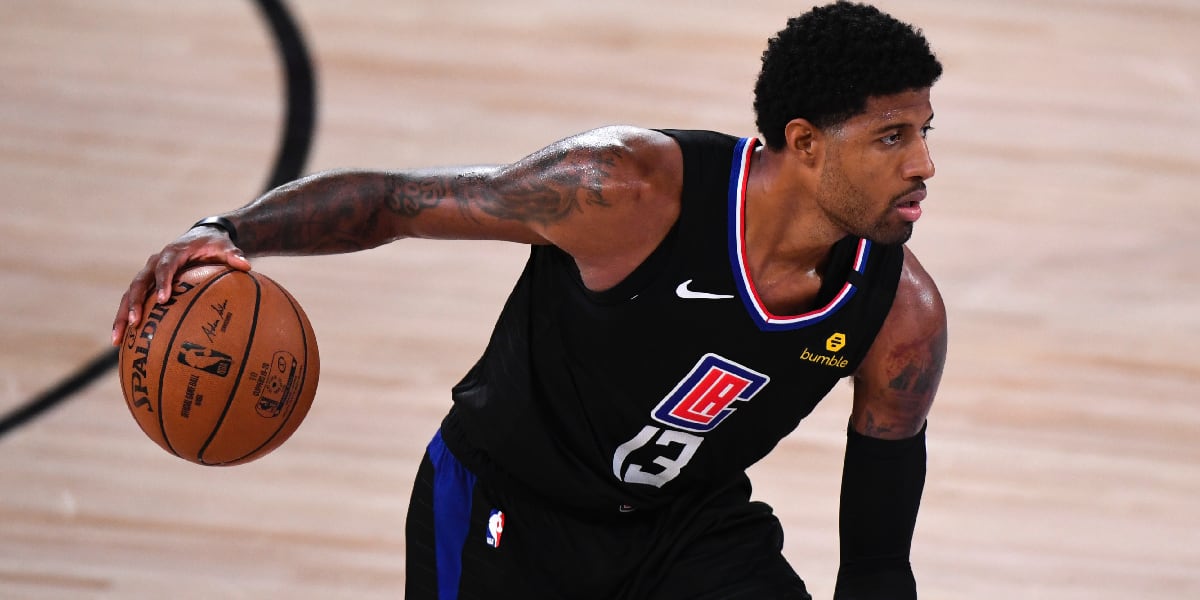 With Kawhi Leonard legitimately interested in signing with the Los Angeles Clippers last offseason, the organization made sure to seal the deal by acquiring fellow superstar Paul George.

The trade with Oklahoma City cost the Clippers damn near everything. The team gave up Danilo Gallinari, Shai Gilgeous-Alexander, and five future first-round picks. Now, one early-postseason exit later, the Clippers made sure they wouldn’t lose their investment any time soon. According to ESPN’s Adrian Wojnarowski, George and the Clippers have agreed to a maximum contract extension that will net him as much as $226 million over the next five seasons. WOWZERS.

On the surface, this feels like way too much to spend on a player who has consistently struggled in the playoffs and battled recent injury trouble. However, George, only 30-years-old, is perceived to be one of the best two-way players in the game when fully healthy. Additionally, the Clippers simply had to do this because of the haul they gave up for him. George could’ve declined his player option after this season, and considering Leonard could still do the same, the Clippers ran the risk of being left with nothing after this season with little room to grow.

The move at least gives them one top-talent in the league to build around for several seasons to come, even if the price feels absurd. As for George, well, he would’ve been stupid not to take this kind of deal. The guy wasn’t going to get that kind of money elsewhere, so staying in LA long-term feels like a no brainer at this point in his career.

What does this mean for the rest of the league? Well, one more possible free agent is off the board in 2021 (more on that later). Bummer.