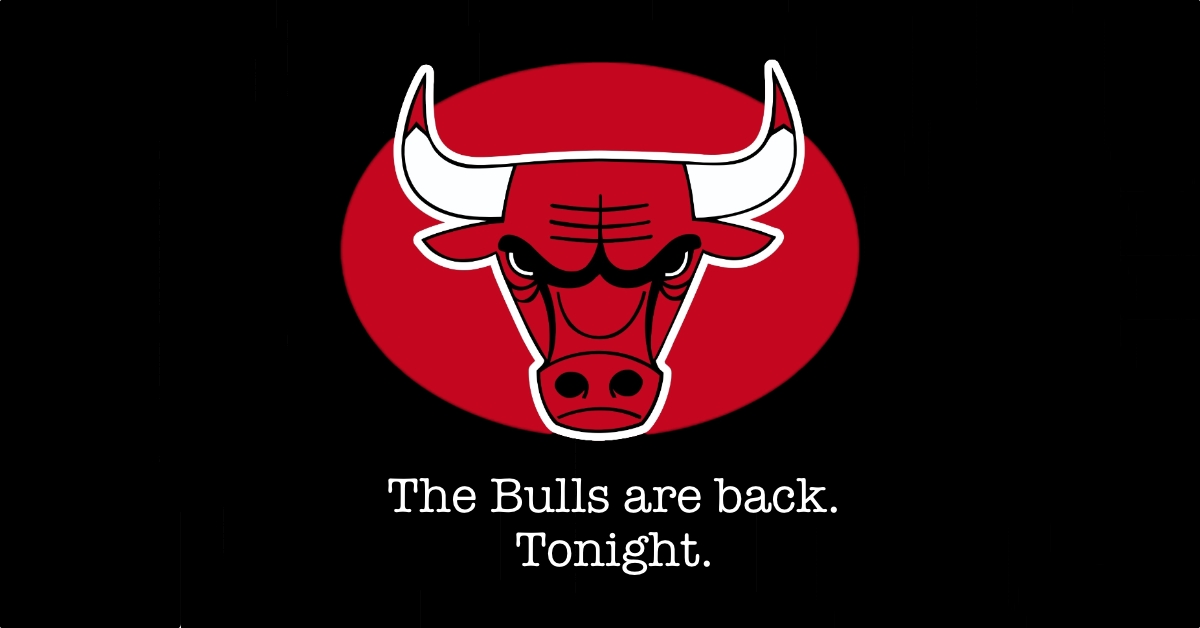 Somehow we have chatted about the Chicago Bulls at BN every day for 276 days without a single basketball game played. That is 75 percent of the year. I have no idea how the hell we did it.

Okay, that’s kind of a lie, we were incredibly fortunate to have the front office and coaching staff overhaul over the last nine months. No doubt, without that, I’d probably be on the 21st installment of the “Ranking Chris Duhon’s Best Bounce Passes.” Still, I woke up this morning with an extra pep in my dribble (you don’t dribble a basketball every morning when you get out of bed? Weird). I know it’s just preseason action tonight, and I know this league is a handful of positive tests away from catastrophe, but it’s so revitalizing to have Bulls basketball back in my life. And I can’t wait to experience this 2020-21 season with all of you guys. GO BULLS!

•   GIVE ME THE HOT SAUCE COBY WHITE!

It’s been 276 days since we’ve tweeted this…

The wait is almost over ⌛

•   ARE YOU HYPED YET!? YEAH? GOOD! Now, stop. Save the rest of the hype for December 23rd when the games actually matter. Sorry to splash some cold water on all the fun, but we should head into tonight’s affair with limited expectations. Not only is it the preseason, but new head coach Billy Donovan has made it clear that he doesn’t intend on playing the starters/regular players throughout the second half. Additionally, he told reporters the other day that he plans to run “different combinations” throughout the preseason so he can better get a feel for his new roster. So while we might want to draw immediate – positive or negative – conclusions, we shouldn’t. Not to mention, these guys have not played a competitive basketball game in nine months.

The Bulls Have Announced Their Starters For Tonight’s First Preseason Game!https://t.co/8CJmLXmtHm

•   Donovan also gave us some insight on Friday about what he will look for in his rotation. The coach wants to run with nine or ten players and possibly stagger a starter or two into the second unit. In case you missed it, we talked a lot more about it yesterday.

•   If I had to guess, I think the 10-man rotation with a fully healthy roster would look as followed: White (Sato), LaVine (Valentine), Porter (Williams), Markkanen (Young), Carter Jr. (Gafford). If Donovan decides to run with the 9-man rotation, I would expect either Valentine or the rookie to be taken out. Valentine will miss these first two preseason games thanks to a hamstring injury, so someone else might take advantage of the opportunity to prove their worth (i.e. Williams or Hutchison).

•   Thinking about the rotation also has me thinking about Williams’ playing time. I have little doubt the Bulls want him to increasingly see the court as the season goes on, but it’s hard to find the room. The Bulls gave Valentine a $4.7 million qualifying offer, so one has to assume they believe he fits this new style of play well enough to be in the second unit. He would either back-up LaVine or also take minutes at small forward in some kind of three-guard lineup. Then, we have Chandler Hutchison who has shown glimpses in the past of being a decent rotation player, and he also could fit this team’s preferred two-way style of play quite well. Williams can play at power forward, but Thaddeus Young has the back-up role to Markkanen locked-up. Oh, and veteran G/F Garrett Temple is also in the mix. All of this is why some in-season trades would make plenty of sense. The Bulls are surprisingly deep on paper right now and finding the appropriate playing time for a super young Williams would come at the expense of several others. Something to think about.

•   Is it too early to start thinking about next year’s draft?

•   Remember, it’s all fun and games until a positive test comes in. We’ll be walking on eggshells this season.

The NBA is planning to administer daily point-of-care, rapid testing system for its teams during 2020-21 season, sources tell me and @fredkatz. Results expected in approximately 30 minutes in home market; 90 minutes on the road.