Can Patrick Williams Sneak Into the Rookie of the Year Conversation? Skip to content 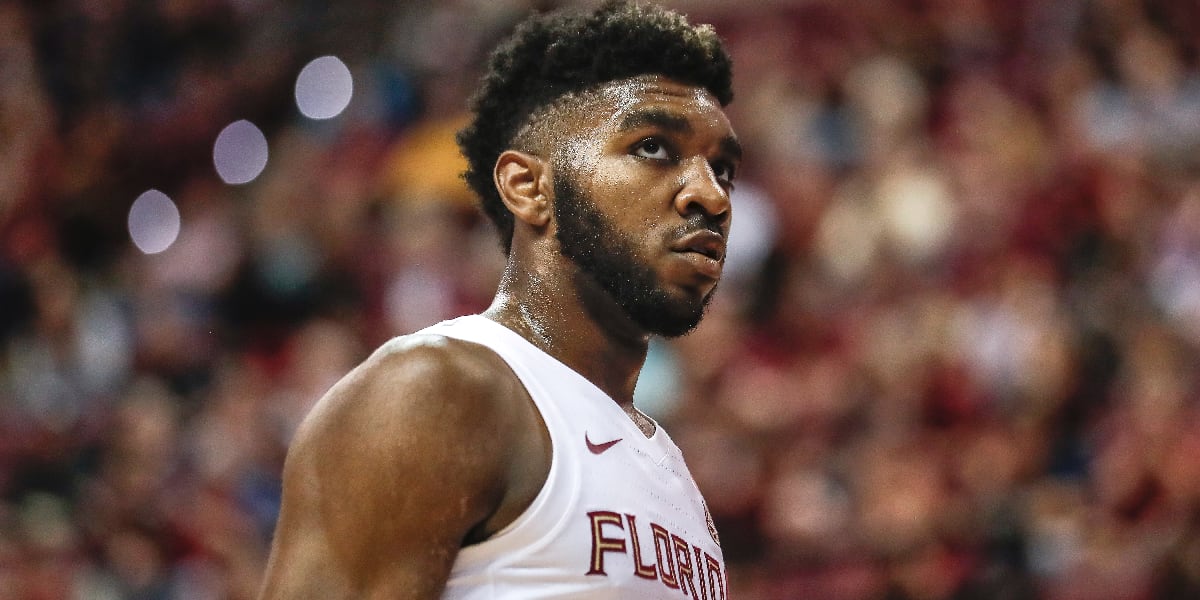 The answer to the question in the headline above: Probably not.

ESPN’s panel of experts didn’t give Bulls rookie Patrick Williams even a top-5 chance at winning ROY honors. Instead, LaMelo Ball (36% of first-place votes), James Wiseman (21%), Anthony Edwards (11%), Obi Toppin (7%), and Tyrese Haliburton (11%) earned the most votes. Williams did fall under the “also receiving votes” category, but how many he actually got is a mystery. Clearly, he’s not one of the favorites *as of today.*

So, now what? Do we just end the post there?

Eh, I guess we should talk a bit more about Williams’ shot at truly contending for the Rookie of the Year accolade. After all, he was the No. 4-overall pick in the 2020 Draft and has looked – rather effortlessly, I might add – like one of the most comfortable rookies on the court over his first three preseason games.

More specifically, in his two contests against the Houston Rockets, Williams scored 12 and 13 points, respectively. He clocked over 25 minutes of action in both games and hauled in a combined six rebounds. Then, head coach Billy Donovan opted to start the rookie in place of Otto Porter in the Bulls third preseason matchup. Williams scored 13 points yet again, adding an impressive 7 rebounds and 2 assists.

While those numbers may not jump off the page, he is one of the few Bulls players to hold a positive +/- in all three contests. Sure, part of that is attributed to when he was on the court during the game, but the other past is simply because he has played solid basketball. In fact, Williams has basically looked like a natural despite having only around six contact practices at the NBA level. It’s impressive.

We shouldn’t draw any massive conclusions off a few preseason games, but for the sake of conversation, here’s how his three outings compare to some of his fellow lottery picks:

*The 9th pick in the draft, Deni Avdija, has played only one game so far (all others on this list have played at least two), but finished a perfect 6-6 for 15 points, 4 rebounds, and 2.0 assists.

Again, these first few games won’t tell us much about any single player for any number of reasons. However, what we can see is that while some have a short leash on their rookie, the Bulls don’t. The motive behind that, and whether or not it remains that way, is hard to determine. However perhaps part of the reason Williams has seen some of the most court time thus far is simply because he’s earned it. If he’s looked as comfortable behind the scenes as he has on the court, then the decision to keep him heavily involved wouldn’t be all that surprising.

Whether or not he should immediately be a part of a nine or 10-man rotation for the Bulls is a decision only the coaching staff can make. After all, the Bulls do have several other players – Thaddeus Young, Garrett Temple, Denzel Valentine, Chandler Hutchison – competing for a similar role at either of the two forward positions. At the same time, teams don’t select a player No. 4-overall to limit his in-game action. And we’ve seen that come to fruition thus far in the preseason.

Patrick Williams is a HOOPER.

So while the decision to start Williams on Wednesday shouldn’t be overthought, we also shouldn’t ignore it.

Donovan put him in with the starting five, and that means he’s likely interested in what the five-man combination can do. We’ve also heard a lot of talk about carefully watching Otto Porter’s playing time this season to ensure he stays healthy. A good way to do that is to have him come off the bench (I’m not saying the Bulls are going to run with Williams in the starting lineup on opening night, but I also would not put it past them at this point).

Ok, wait. What about Rookie of the Year? Isn’t that what this is all about? Well, we can’t discuss Williams’ chances for the award without thinking about his potential playing time. Players like Ball, Edwards, and Wiseman could be in their team’s starting lineups in the blink of an eye. And the more they clock big minutes, as well as play alongside the team’s best talent (who can, in certain ways, make them look better), the more legitimate shot they have at being named Rookie of the Year.

Before last night, I would say that Williams’ chances to start were practically zero. Now … I don’t know. I mean, if this new-look Bulls organization is committed to getting their guy to carry a heavy workload from the jump, which seems to be what they are preparing him for, then maybe Williams can make things interesting. Until we see that for sure happen, though, it feels like Williams is in store for a spot on the bench (that isn’t to say a first-year bench guy can’t win ROY, but it clearly makes things harder).

Additionally, we don’t know how much the Bulls will prioritize Williams’ involvement when he is on the court. Do they just want him to play a complementary role or would they expect him to be in the thick of things? The coaching staff and front office is trying to evaluate other players like Lauri Markkanen, Wendell Carter Jr, and Zach LaVine. Prioritizing them could also get in Williams’ way of truly shining.

Chances are, all of that went into why ESPN’s panel of experts didn’t give Williams a top-5 chance at winning ROY honors. But at least he did fall into Mike Schmitz’s column about “the most fascinating prospects to watch this season.” And the split recognition/expectations kind of represents Williams’ situation perfectly, doesn’t it? Would we give him a high chance at winning ROY right now? No. Could he enter the chat by midseason? Absolutely.

At the end of the day, minutes and a clear role remain an obstacle for Williams on this youthful Bulls team. But this is set to be a confusing season with an even more confusing rookie draft class. Williams may not be perceived right now as a legitimate threat to be in the ROY conversation, but he also wasn’t expected to go as high as No. 4 on draft night (at least, not for quite some time).

Thing change, and if there is any year for an unsuspecting candidate to throw his name into the hat, this would be that year. Shock the world, Pat.