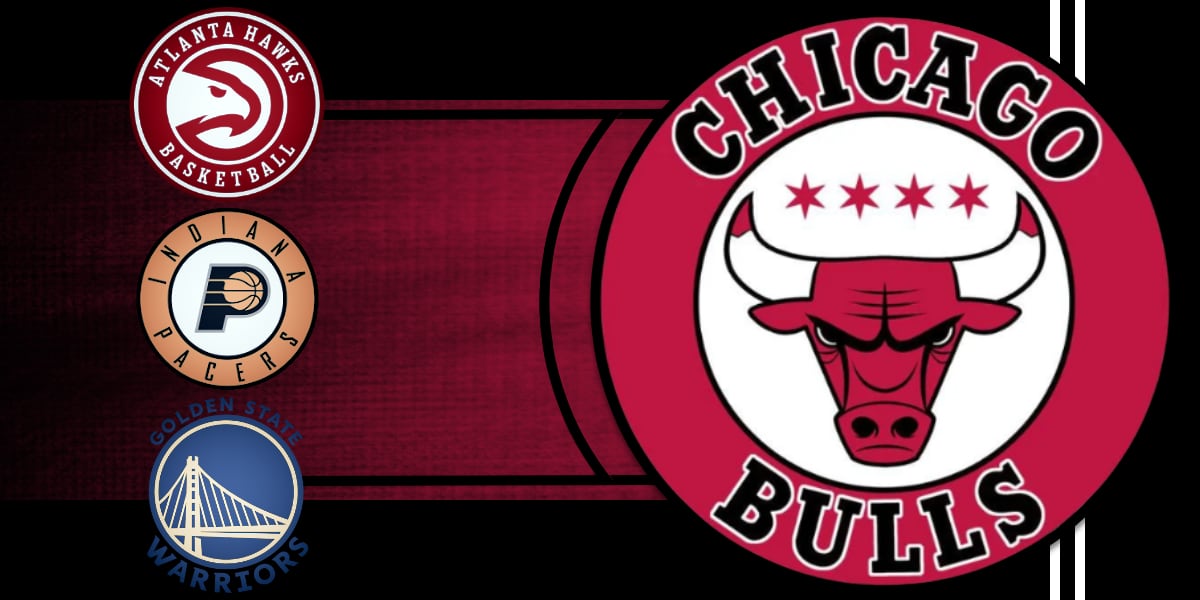 WEEK ONE. THE BULLS ARE BACK AND THE GAMES COUNT. LET’S GO.

•   Atlanta Hawks (0-0): Who needs Luka Doncic when you have Trae Young, right? RIGHT!? SAY RIGHT! Anyway, hi, we’re the Hawks. We like long walks through the World of Coca Cola, eating peaches, and playing minimal defense. This offseason we signed a number of veterans – including Danilo Gallinari, Bogdan Bogdanovic, Kris Dunn, and Rajon Rondo – to try to keep our rising super-star happy. Can we finally crawl out of the disgusting depths of the Eastern Conference? That’s a story only time can tell, but we’d be off to a solid start with a win against the team who swept us last season (the Chicago Bulls).

•   Indiana Pacers (0-0): If Victor Oladipo asked you whether or not he could come play for your team, please tell us. Thanks. Anyway, we recently went through a tough break-up. In fact, it was so tough, many of our friends didn’t understand the move. But, ya know, head coach Nate McMillian just wasn’t doing it for us anymore. Sure, grabbing the same playoff seed every year and playing fundamentally sound basketball was nice. But it was safe. With players like Victor Oladipo, Malcolm Brogdon, and Domantas Sabonis, don’t we deserve better? No? Ah, what do you know!

Additional Roster Notes: Patrick Williams started the last two preseason games in the small forward spot, so I wouldn’t be too surprised if Billy Donovan decided to give that five-man combination another look on opening night. In other news, Garrett Temple (NBA protocol) and Denzel Valentine (hamstring) have now both clocked full practices with the team. While it’s unclear if the two will be listed as active for Wednesday night’s opener, things seem to be trending in the right direction. As for Tomas Satoransky, there has still been little word on when he will be able to join the team. Head coach Billy Donovan has continued to tell reporters that he isn’t allowed to give much insight on the matter.

#Bulls guard Tomas Satoransky is still away from the team going through what Billy Donovan called "NBA protocols and those kinds of things."

Satoransky has been away for a little more than a week. Donovan said "we have to see" when asked if Sato will rejoin the team tomorrow.

Bulls: If you ask me (arguably Coby White Inc.’s greatest stockholder), Coby White is a point guard. The concerns are valid, and I’m open to the criticism (for him, not me … I’m flawless). However, at 20-years-old, I’m just not ready to pigeonhole a player into a specific role. Some say he is nothing more than a Lou Williams bench scorer. Others say he can be in the starting lineup, however, only as another high-volume bucket-getter like Zach LaVine. I can’t disagree with the fact that White’s ability to put the ball through the bottom of the net is his best attribute, but why does that mean he can’t learn how to do several other things in a more-than-adequate way? Today’s league is filled with gifted scorers at lead guard, and I’m ready to see White prove he can be the next one. I’ll be watching these first couple of weeks as close as anyone (remember, I hold a lot of stock), as his early-season work leading this fast-paced motion offense is one of the team’s most important storylines.

Hawks: I’m not too interested in any one player on the Hawks. We kind of know who Danilo Gallinari and Bogdan Bogdanovic are, and we kind of know in what ways they improve this team. What I’m more interested in is how do all of these new pieces co-exist? There is no doubt the Hawks got better, but adding new players means building new chemistry. Also, who the hell knows how strong of a leader Trae Young can really be. We pretend like he is already a bonafide superstar, but let’s not forget his team won fewer game than the Bulls last season. The Hawks still have a lot to prove.

Pacers: The easy answer here is a hungry Victor Oladipo, but I’m actually way more concerned about Malcolm Brogdon. The fifth-year player could easily take an All-Star leap this season, and he cooked the Bulls numerous times last season. He is the epitome of a well-rounded, savvy guard, and the Bulls don’t have anyone in the backcourt right now that can stop him.

Warriors: Speaking of trying to stop elite guards, who the hell is going to guard Steph? Brogdon and then Curry are two matchups straight from hell for White in his first week as starting point guard. The Warriors may not be the same scary team they were a couple of years ago, but we all know that when Curry gets going, there isn’t much you can do.

DraftKings has an absurd +75 point spread promotion on ANY TEAM you want for the return of the NBA tonight. There’s a max bet of $25, but it’s literally a no-brainer. And this isn’t only for new users, anyone can do it. So click on over to that link below (or right here) to sign up and take advantage.

Don't forget: for the return of the NBA tonight, DraftKings is giving 75 points on any team you want. It's as big a no-brainer as you're going to see. Go here to sign up and boost, and thanks for supporting BN in the process: https://t.co/6ubgpxaS3K pic.twitter.com/euaq3zH8ok