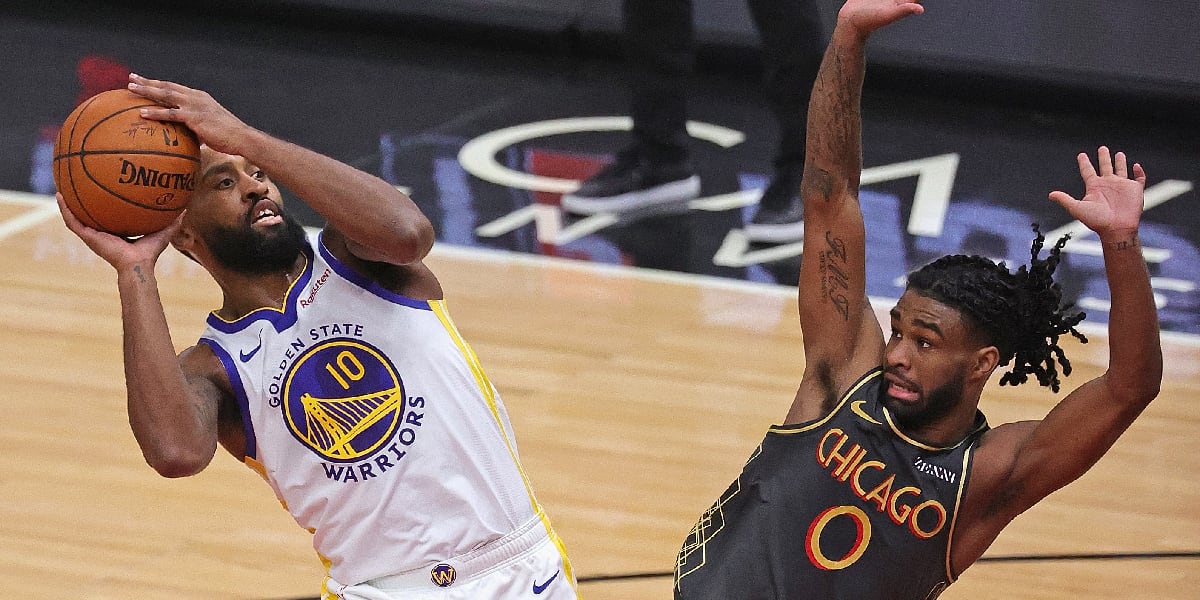 I can’t tell you how pissed off I was after last night’s Bulls loss. I’m pretty sure I didn’t say a word for about two hours after the game. In fact, I’m pretty sure that if anyone even tried to talk to me, I would’ve picked them up, scrunched them into a human-sized basketball, did a couple of fancy dribble moves, and dunked them straight into the trash. Basically, the same thing the Monstars did to Jordan in Space Jam but with a lot less silliness and a lot more aggression.

•   When a team shoots 50 percent from the field, 41.5 percent from behind the arc, outrebounds an opponent by 17, and controls the points in the paint battle (46-36), that team normally wins the game. At the same time, when a team turns the ball over 24 times, allows 18 more shot attempts, and misses eight key free-throws, that team normally losses the game. That’s what is so damn annoying about last night’s last-second loss to the Golden State Warriors – the Bulls somehow managed to play a winning and losing game in the same night.

•   I’m not about to say this team should walk away from last night’s game feeling confident, but I do fear what will happen if this coaching staff doesn’t at least take a small moral victory away from this heartbreaking loss. We have all seen these young players hang their heads the moment adversity knocks on the door. So what will happen now that adversity has Kool-Aid man’d through the wall? Will the Bulls melt into the fetal position like me when I got my first detention, or can they recognize some of the progress that was made and play with enough confidence to beat an 0-3 Wizards team?

•   I mean, for all intents and purposes, last night should have shown this starting lineup that Billy Donovan’s new offense can do exactly what it is supposed to. The equal opportunity system netted four of the Bulls five starters finishing the night with 20+ points. The team also finished with a season-high 27 assists, with Coby White leading the way with five (Wendell Carter Jr. and Chandler Hutchison each finished with 4). Sure, the team still can’t handle any serious ball pressure, but that is something that might be able to improve as these starters build chemistry, which hopefully happened in some capacity last night.

•   What also mustn’t go unnoticed is the fact that Wendell Carter Jr. had himself one hell of a game. The Bulls third-year player hauled in his first double-double of the season (22 points, 13 rebounds) on an incredibly efficient 8-9 shooting performance from the field. In his previous two games, Carter Jr. had only 15 points and 12 rebounds combined. He also shot a dismal 4-15 from the field. Both games felt pretty concerning, especially when we add his rocky preseason into this mix. And I’m sure I wasn’t the only one who started to wonder if his fit in this new system was really all he and Donovan cracked it up to be. We still need to see him look this comfortable and this aggressive over several more games, but we can’t deny that last night might be the turnaround he needed.

•   Also, I’ll be the first to admit that the matchup worked in Carter Jr.’s favor (we even talked about this in the Pre-Gamin’ post before the game), but I really don’t think that makes this specific performance any less important. Much-like what the team needs to do as a whole, it’s necessary to exploit and dominate the matchups you’re supposed to. Carter Jr. took full advantage of what the Warriors gave him, and it is hard to ask for much more.

•   Another player who took advantage of his matchup – Lauri Markkanen. Time and again last night Markkanen recognized mismatches, set tough screen, and drew fouls at the rim. The Finnisher has easily been the team’s best player to start the season, and if they stand any chance at beating a similarly beaten-down Wizards team this week, they better hope the calf injury he suffered at the end of last night’s game is nothing serious.

Lauri Markkanen Left with a Calf Contusion and Will Undergo Further Evaluation Todayhttps://t.co/0cH1unQr8k

•   The Bulls held the Warriors to just 40.4 percent shooting from the field on Sunday night, and while some of that is due to better effort on the defensive end, it’s also thanks to the Warriors own shooting woes. The team still has the league’s second-to-worst point differential on the season, and they are third-to-last in opponent field-goal percentage (49.5%). I do think a more set rotation with guys like Chandler Hutchison, Garrett Temple, and Tomas Satoransky consistently in the mix will help the Bulls look a tiny bit better on that end of the floor, but that isn’t going to help fix the starting lineup’s problems. Everyone in that five-man unit is going to have to step up their game.

•   The fact that the Thunder already have a win and the Bulls don’t hurts my soul.

When the Lakers finish Minnesota off tonight, we'll be swiftly down to five unbeaten teams in the NBA … five as predicted by absolutely no one: