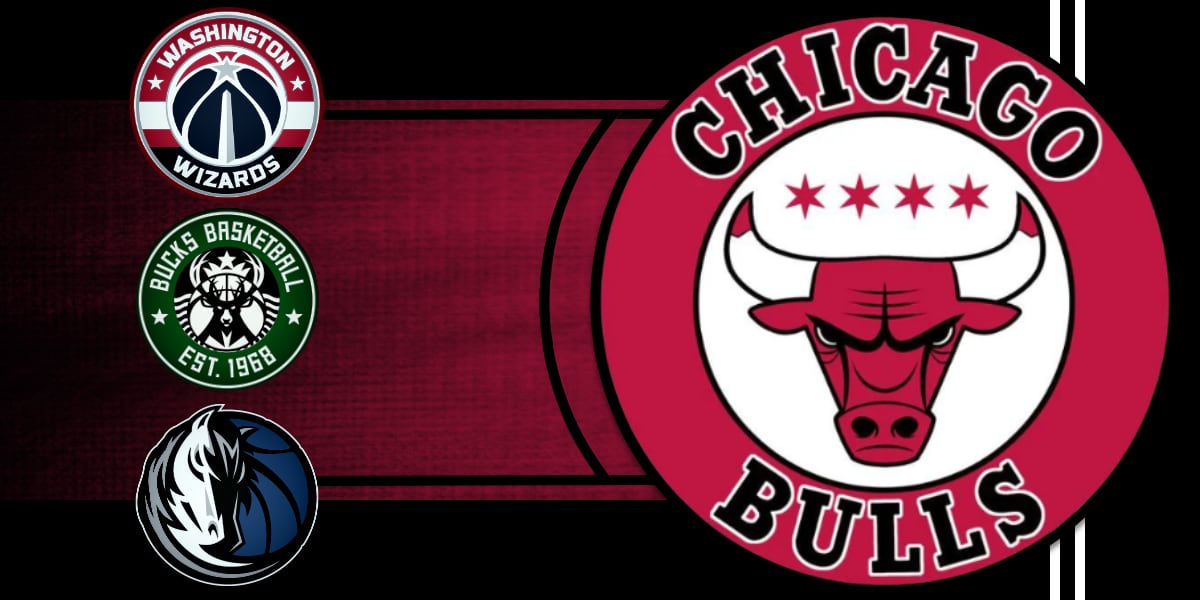 Will the Bulls be 0-7 after this week? For my sanity, let’s hope not.

•   Washington Wizards (0-0): How bad do we want you to stay, Bradley? So bad that we traded arguably the worst contracts in the league for arguably the second worst contract in the league. We’re making progress! See … see!? Russell Westbrook may not be the smartest long-term investment, but he gives you a better chance to win some games right now. And the more games we win right now, the more experience these young-guns (Hachimura, Avdija, Bryant, Brown Jr.) can have to help you out! We got a plan, man, so don’t worry even – sh*t, wait, we’re 0-3!?

•   Milwaukee Bucks (0-0): *sips coffee while re-reading newspaper that has the headline “GIANNIS STAYS” in big bold letters* We lost to the Knicks by 20? Eh, we’ll get ’em next time.

•   Dallas Mavericks (0-0): Hey Bulls, if you took the best qualities of each player under the age of 25 on your roster to form a super player … that player still wouldn’t be as good as Luka Doncic. #SorryNotSorry

Additional Roster Notes: Thaddeus Young is no longer on the injury report. According to the big man, the left leg infection that kept him out of the preseason as well as the Bulls first three regular-season games has greatly improved. He will now be available for the first time in Tuesday’s contest against the Wizards. Whether or not he is used, however, is up to head coach Billy Donovan. In the meantime, Lauri Markkanen suffered a calf contusion in the final minutes of the Bulls heartbreaking loss to the Warriors last week. All signs point to the injury not being too serious, but it was troublesome enough for the team to list him as questionable for Tuesday night.

Thaddeus Young Will be Active Tonight and Could Make His Season Debuthttps://t.co/mBp2WGWJVh

Bulls: My eyes are on Patrick Williams. The 19-year-old dropped 16 points on 11 takes in his NBA debut for the Bulls. However, in the next two games, Williams shot the ball only 11 times combined. He has still looked plenty comfortable in his starting spot, but there is no time like the present to establish a more impactful role. The Bulls sit at 0-3, and they could use any kind of boost to get themselves trending in the right direction. Who’s to say Williams can’t be that boost? No, I don’t expect him to all of a sudden become this team’s first, second, or even third option, but I wouldn’t hate to see him even more involved on offense. He has already, arguably, looked like the starting lineup’s second-best defender, and he’s coming off a 3-block performance against the Warriors. Now, with two-straight matchups against fellow rookie Deni Avdija, it might be an excellent opportunity to let Williams put his natural athleticism to the test on the other end. Throw in a couple more pick-and-roll situations, and let him use those old point guard skills to take Avdija off the dribble. Plus, it can hurt to build his confidence before a tough test against All-Star Khris Middleton and an electric Mavericks offense.

Wizards: All the Wizards need to beat the Bulls is their backcourt. Russell Westbrook and Bradley Beal, individually, are terrible matchups for the Bulls. With the absence of an aggressive perimeter defender like Kris Dunn, keeping Westbrook from powering his way to the basket feels almost impossible. Meanwhile, thinking about Zach LaVine trying to shut down the shot creation of Bradley Beal is enough to make me sweat. If the Bulls stand any chance at picking up their first win of the season, it will all be about preventing at least one of these two from doing literally whatever they want.

Bucks: The Bulls are not going to win a game this season without both Zach LaVine and Coby White putting together a respectable performance. Both guards struggled to do so in their first two contests this season but finally found their groove against the Warriors (before getting kicked in the groin by a Damion Lee game-winner). The only people who can prevent both players in this backcourt from having a solid offensive night are themselves. Well … kinda. The Bucks were one of the best defensive teams in the NBA last season, and they also added one of the best defenders in the league this offseason. Jrue Holiday will almost surely keep one of these two players in check on Friday night, and it will be up to the Bulls to figure out how to make up for it.

Mavericks: Luka Doncic can single-handedly beat a handful of teams in this league. The Bulls best bet against this slick offense is to heavily guard everyone else and hope it’s an off night for the 21-year-old.