Knowing When to Play Hero Ball (... and When Not To), Gafford's Path to More Minutes, Coby! And Other Bulls Bullets Skip to content 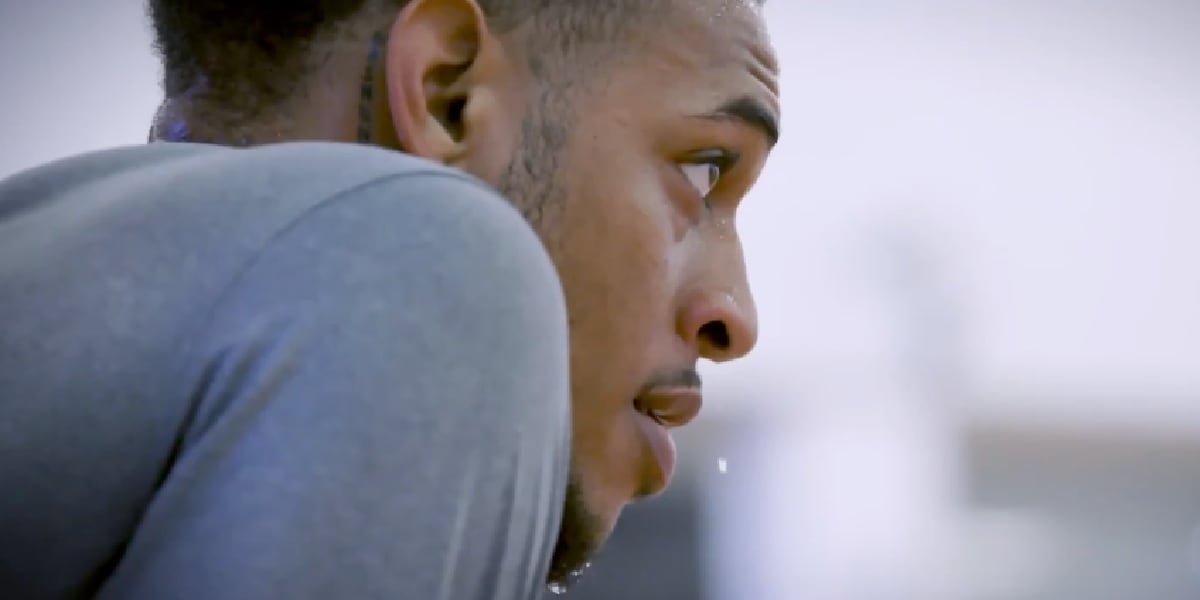 The Dylan Strome Extension Might’ve Been Forced, But It Comes with So Much Opportunityhttps://t.co/3ayOHdT5rG

The Blackhawks 2021 Training Camp Roster Has Finally Been Releasedhttps://t.co/PoMIwbaz8l

To be real, this is super duper wuper (not a word) exciting. I love to see the site continue to grow, and we added a great talent in Mario (whom you’ll see plenty more of on the site over the next couple of days). I don’t want to get all mushy, but this kind of stuff makes me feel so lucky. Thank you to the folks who continue to stop and engage with BN. My goal is always to try to provide you with better and better content because of that.

•   In a night where he dropped 29 points in the first half and singed the court with each step, it felt like LaVine could do it all on his own. However, the 25-year-old showed signs of continued growth by recognizing that he couldn’t.

Zach LaVine: "I mean, like tonight, if I had just went out there and shot every time, I could’ve got 50 probably. But I’m trying to win the game."

•   Zach LaVine has always wanted to win, he’s just never had the right teacher. In the past, we’ve seen the Bulls give LaVine the puppy dog eyes on a nightly basis, hoping his elevated skillset (relative to the roster) could save them from themselves. A couple of heroic wins aside, that is an unfair ask, especially when we consider the fact that he has never even seen a winning season in his NBA career. He simply does not know how to do it, and we can’t blame him for that. Billy Donovan, on the other hand, does know how to win ballgames, and it seems like he has gotten at least some of that mentality through to LaVine already. After his explosive 29-point first half on Sunday night, LaVine scored a modest 10 points, but he added 4 assists, 6 rebounds, and 1 steal to the stat sheet. He did the little things, and he made the winning plays. He found a cutting Otto Porter on a beautiful interior pass with 2:50 to go to extend the lead. He tried to bully his way to the free-throw line when the going got tough. And, most importantly, he recognized that his explosive offensive play opened up the floor for the rest of his teammates.

•   After the game he spoke about his thought process, and he verbally emphasized the will-to-win we saw on display throughout the night (via The Athletic): “My motivation this year is winning. Whatever it has to be, if it’s rebounding, defense, assists, steals, points, just trying to help my team win. We haven’t made the playoffs, and I want give myself the opportunity. I want to lead with that opportunity as well. Whatever I can do to win and try to help, and if I go out there and give it my all and I check all my boxes I can be OK with that at the end of the day.”

•   Look, LaVine’s road to earning the respect he covets is still miles long, but I would say his journey is off to a pretty good start. His execution in the second half of the Bulls three wins this season has demonstrated improved awareness – whether it came via that Porter assists we saw last night or the surprising lockdown defense on Russell Westbrook on New Year’s Eve. LaVine has always tried to make the right play, and he has always tried to be a better all-around player. Now, he is actually doing it. Let’s see if he can keep it up.

•   All right, so what the hell are the Bulls going to do about Daniel Gafford? Before you scream at me that Donovan should bench Wendell Carter Jr. in favor of the second-year big man, let me kindly tell you … no. Just no. The Bulls have been very clear about how big of a role they expect Carter Jr. to play on both ends of the floor this season. They changed their defensive coverage to make his rim-protecting duties easier, and they have also tweaked their offense so that he can play a more versatile role. I understand that he may not provide the same flashy dunks and energy as Gafford, but he does give the Bulls far more options on both ends of the court, and that’s something vital to this Billy Donovan system. Also, let’s please remember we are only seven games into the season, everyone still needs some time to squeeze into their new roles.

•   Now, with that said, Donovan also needs time to figure out his rotation, and the way Gafford has played over these last few games (12pts and 3 rebs last night) certainly makes it feel as if he should be a staple of the Bulls second unit moving forward. Donovan showed us that he is more than interested in playing Lauri Markkanen at center so far this season, which has certainly eaten into the possible minutes for Gafford. I still expect to see plenty of this when Markkanen returns, but I have to wonder if we’ll see less now that Gafford has started to cook. Much like how White was the sparkplug for this team of the bench in 2019-20, I can see Gafford playing a similar role – at least, energetically. Anyway, I don’t want to harp on this subject for too long. We can dissect what this means further when the roster is at full strength and if Gafford continues on this productive path.

•   Another solid game for … MY POINT GUARD.

•   FWIW: Wizards now have two wins to their name, and one is against the Brooklyn Nets. The Bulls two victories look a tiny bit better now.

Kyrie and KD each had a chance to win the game for the Nets but fall short. pic.twitter.com/RoOV8eFhqZ

•   Good stuff on the hometown kid.

I thought he showed some promise and I can see why people in the know liked the signing for the Bulls.

•   Thank you for not taking your anger out on the Bulls, Steph.