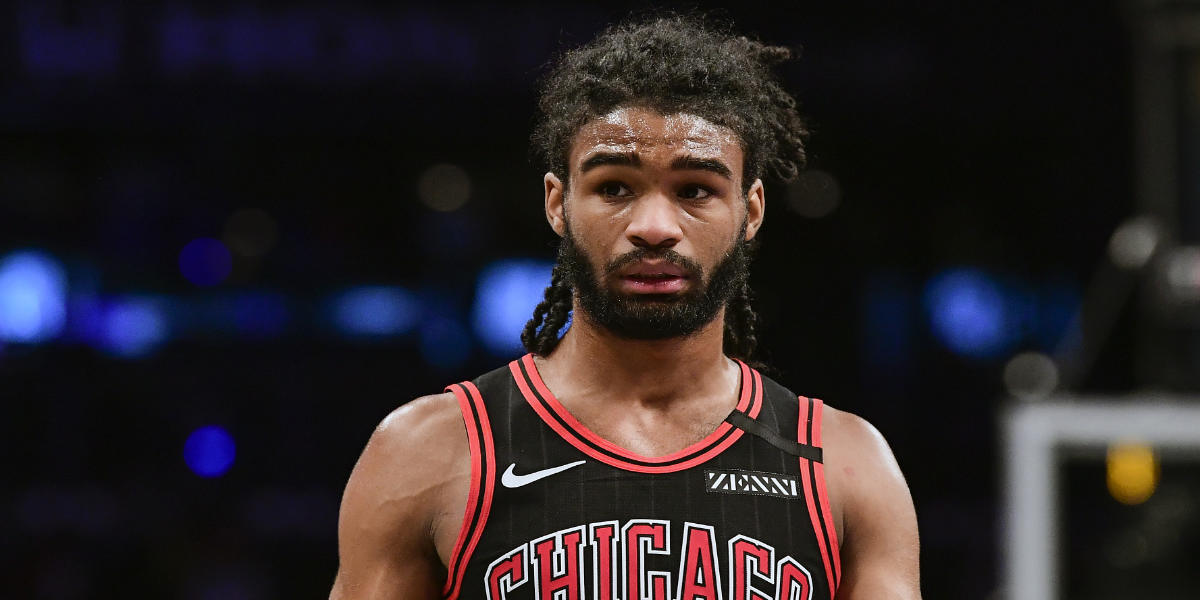 Coby White is averaging 15.7 points, 5.4 assists, and 4.7 rebounds over his first seven games this season. In a new system and new role, I’ll take that. How long will I take that? Eh, that’s a different question.

There’s no denying that White has looked less-than-comfortable in his new role as lead guard. His assists percentage ranks in just the 23rd percentile, while his assist-to-usage ratio sits only a few spots better (30th percentile), per Cleaning the Glass.

His rough start managing the Bulls offense can also be seen in NBA Math’s TPA table below, which shows White doing very little for the team in relation to the minutes he plays (bottom right…):

Through games on Jan. 4, which second-year players have done the most (or least) with their minutes during the 2020-21 #NBA season? pic.twitter.com/sSqkKGCz2o

(For more on how the calculation works, check this out).

I commend the guy for noticeably trying to play the role of lead distributor, but that’s also been part of the early problem. When White is out there, you can see him thinking, and that differs mightily from what we see out of the more naturally pass-happy Tomas Satoransky.

Now, none of this is to say White can’t fill the role adequately moving forward. I still believe in the guy, and we have seen positive signs over the first seven games. He finished with 10 assists in the Bulls second matchup with Washington and, more generally, he has made improved reads out of the pick and roll since the preseason. At the same time, it’s abundantly clear that White still needs to learn how to balance his urge to score and facilitate. The Dallas game was a good example of how he struggles to marry the two skillsets, one of which is far more advanced than the other (scoring). All four of his assists against the Mavericks came in the first half, and only 2 points accompanied them. Then, in the second half, White broke out for his remaining 21 points, which ultimately helped the team secure its third victory.

All things considered, this tale of two halves system is not the worst thing in the world. He still helped the team win in more ways than one, which is kind of all you can ask for on some nights. In most games, however, the Bulls will not be able to get by with this split. White isn’t asked to be a point guard for one half; he’s asked to be a point guard for the entire game (well, for the most part, sometimes he will play off-the-ball with Sato). The Bulls need White to be a reliable distributor throughout the game, while also offering the scoring ability that kept this team in a handful of contests last season.

Exactly how long it will take White to make these two worlds co-exist is anyone’s guess. Some believe he’ll never do it at an efficient enough rate and, that by forcing him into an unnatural role, the Bulls are actually hurting him. I can understand that take. But I can also understand why this Bulls organization went this route and will continue to go this route for the remainder of the season.

None of us can deny White’s talent, let alone his work ethic. He averaged 6.0 assists over his final five games last season, and he has been nothing but adamant about his ability to play point guard since he entered the league. Also, in the world of positionless basketball, plenty of scoring guards fill this spot in NBA lineups, and we know versatility is something this new Bulls organization values (which could be White if he learns to play on the ball as well as off). And, speaking of which, the Bulls front office and new head coach is a big reason why I’m holding back any major concerns about White … for now.

It’s clear that Arturas Karnisovas and Billy Donovan both saw the potential in him to fill this role this offseason, so much so they decided not to snatch a more traditional point guard in free agency. Sure, they could be wrong, but both are sold talent evaluators who thought it was worth a shot. For that reason, I’m willing to let the situation play itself out (literally and figuratively). I also freakin’ love Coby, so there’s that too.