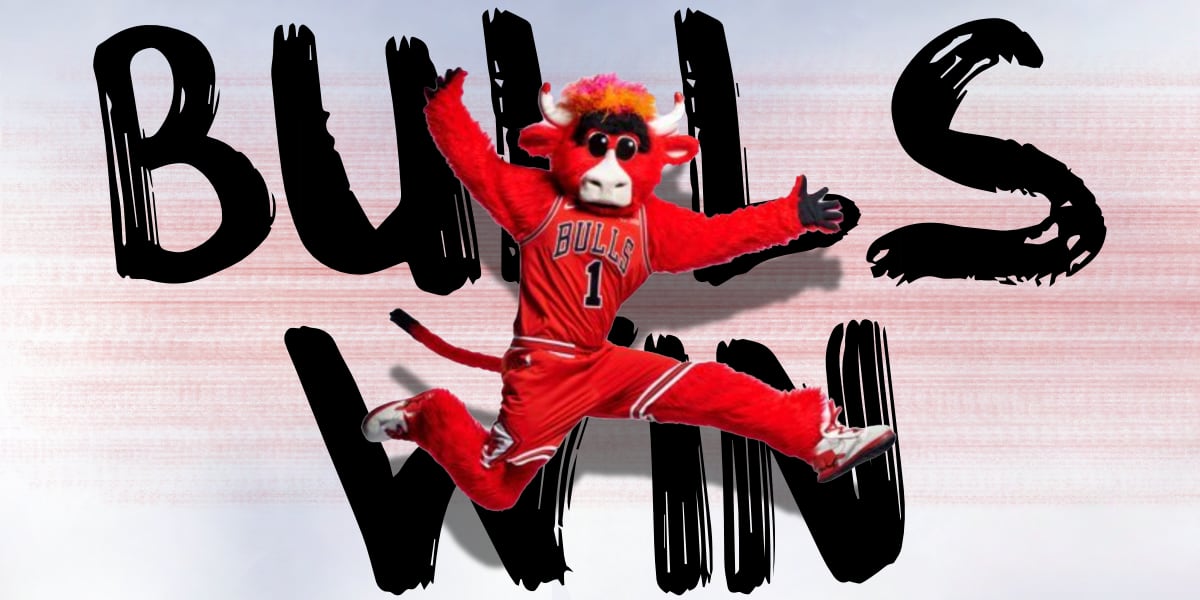 I DON’T KNOW WHAT TO DO WITH MY HANDS.

I mean, holy crap. I know we’re just talking about the eighth game of the season, but Tuesday’s 111-108 victory against the Portland Trail Blazers feels like picking up a huge win. Perhaps their biggest against the Blazers since the 1992 NBA Finals. And, all things considered, I think that’s exactly how it should feel for Chicago Bulls fans.

Losing games like this has become second nature for the Bulls over the past several seasons, and the whole point of going through the massive organization overhaul this offseason was to put an end to that. After being down 40 to the Hawks and 30 to the Pacers in back-to-back games to start the season, immediate change felt like a fever dream. But the Bulls have now rattled off four wins over their last six games, and the team sits with a .500 record this late into the season for the first time since Dwyane Wade wore a Bulls jersey.

People questioned whether or not those first three wins really meant something, especially with two coming against a then-winless Wizards team and the other coming against a Luka-Doncic-less Mavericks squad. Well, I’d say it’s pretty damn clear they meant something now. Those victories paved the way for what we saw tonight. Not only from an execution standpoint, but also from a buy-in standpoint. That’s easily the biggest difference from one season to the next for this aggressively similar roster – they believe in their head coach and they believe in the system they’re trying to run.

Remember, these Bulls beat this explosive Portland team without Lauri Markkanen, Tomas Satoransky, Chandler Hutchison, and Ryan Arcidiacono. They were short-handed and still put together one of the best team-efforts we’ve seen in years. Seven players scored in double-figures for the 3rd time this season. Coby White was all over the floor and recorded his second-career double-double (21 points, 10 rebounds, 5 assists). Garrett Temple played scrappy D and hit four shots from downtown. Wendell Carter Jr. dished out 5 assists. Otto Porter finished with 19 points and 13 boards.

Your winning numbers for the victorious Bulls:

And, sweetest of all, Zach LaVine gave a big old middle finger to the haters and played arguably one of his best all-around games of his career. He finished with 18 points, 9 assists, 4 rebounds, and 2 blocks. Oh, and he did this at the end of the game:

Damn. What a fan-freakin-tastic win for this Bulls squad. I have so much more to say, but I’ll wait for tomorrow … er … I mean later today.