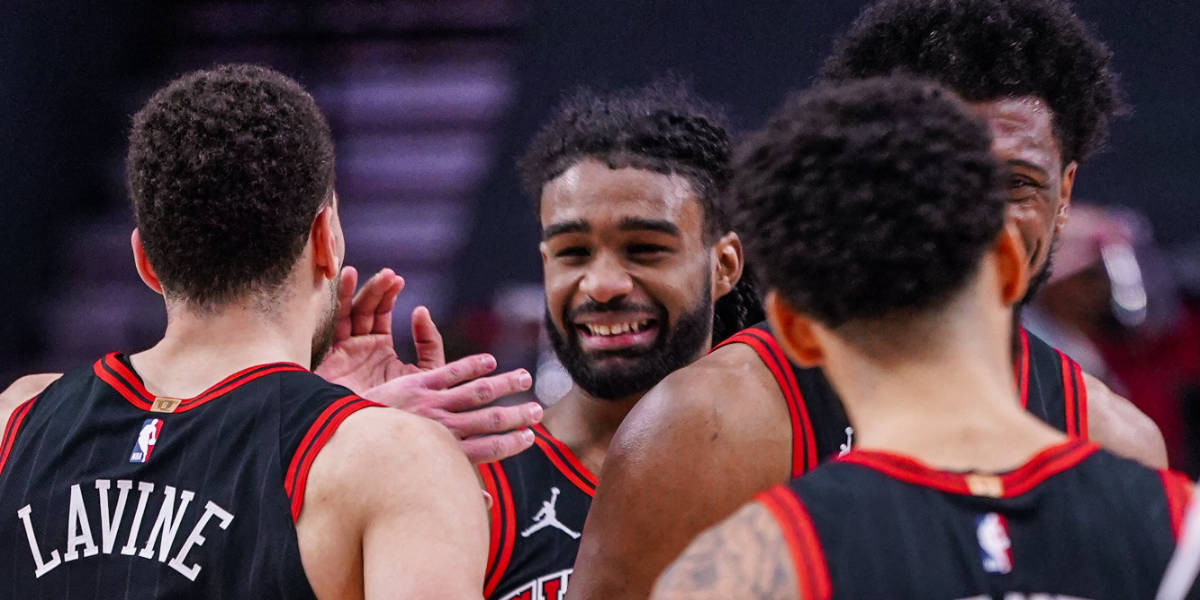 When yesterday started, most Chicago Bulls fans weren’t in the best mood. The team was about to embark on a four-game Western Conference road trip, a typical stretch on the schedule that has been anything but kind to the organization in recent years. And with the Trail Blazers, Lakers, and Clippers all on the slate this time around, it certainly felt like history would repeat itself.

Then, the day ended.

When the clock struck midnight, I was tweeting in all caps, creating celebratory memes, and screaming into a pillow so I didn’t wake up my sleeping girlfriend. The Bulls somehow beat an explosive Portland Trail Blazers squad in massive comeback fashion. The Trail Blazers weren’t missing Damian Lillard. They weren’t missing CJ McCollum. And they weren’t playing on the back end of a back-to-back. In other words, there were no excuses to write-off this win for Chicago.

The Bulls went into Portland, erased a 20-point deficit, and beat an expected-playoff team fair and square.

Anyway, since I know a lot of folks decided to hit the hay when the Bulls were down at halftime, it feels like the only right way to start today is by reliving all the glory.

Watch the highlights. Then, watch them again.

The Bulls still have a tough next three games ahead of them (Kings tonight, Lakers Friday, and Clippers Sunday), but no matter what happens, this was one hell of a positive victory for this young, depleted squad. We’ll see if they can brush off the tiredness and give the Kings a similar run for their money later tonight.