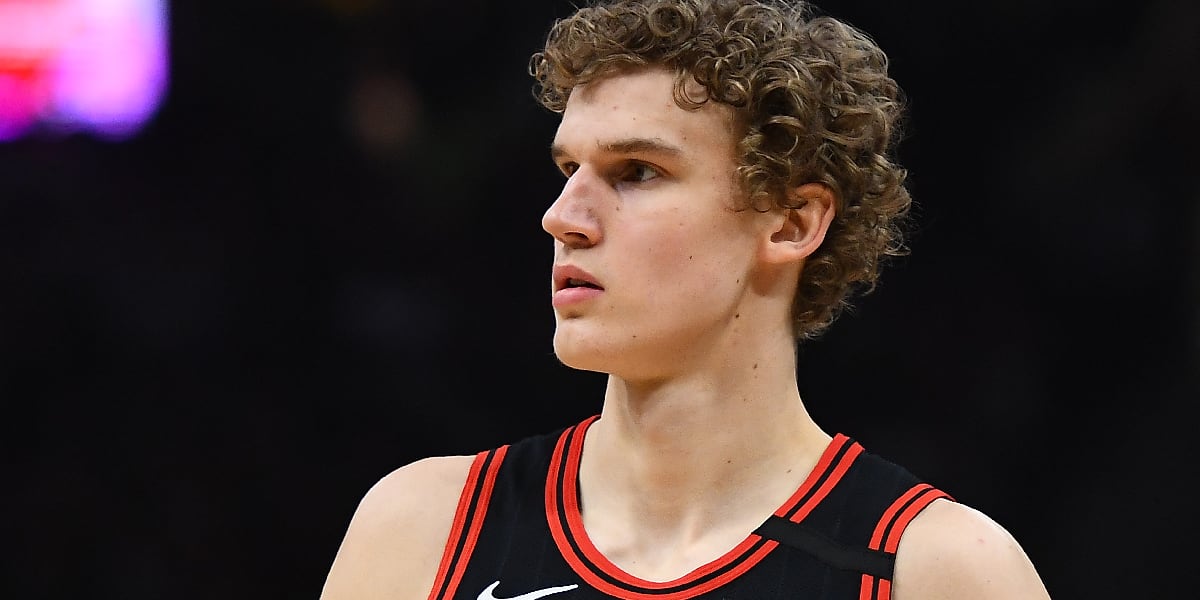 I may or may not have slept through my alarm today. Don’t tell Brett or Michael.

•   Thanks to a 4-5 start to the season and a 20-point comeback victory over the Portland Trail Blazers, the Chicago Bulls have finally popped up on some people’s radar. Typically an afterthought in the early portion of the season, this young group of players has shown gradual improvement from one game to the next thanks in no small part to head coach Billy Donovan. And, indeed, he/that is a big reason the organization got themselves a shoutout on the most recent episode of the Brian Windhorst & The Hoop Collective podcast. The ESPN insider threw Chicago onto his list of “pleasant surprises” to start the season, and that’s a moral victory I’ll gladly take.

•   I mean, when is the last time this organization got lumped into any such category? Literally just last February they were bashed in their own city on national television as they played host to All-Star Weekend. Ahh, memories. The Bulls have a very long way to go before they gain back any kind of true national attention, but this mimics what the organization has done since this offseason, which is to take small steps in the right direction. Now, Windhorst was smart about questioning how long this positive momentum can last in the Windy City. The team is on the verge of falling to 4-8 with matchups against the Los Angeles Lakers (tonight), Los Angeles Clippers, and Boston Celtics up next. Each of those teams is considered a Finals contender this season, so we’ll have to see if Chicago (who remains down Lauri Markkanen, Tomas Satoransky, Chandler Hutchison, and Ryan Arcidiacono) can avoid adding some more blowout losses to their resume.

•   Here is one question Windhorst raised that I think is worth a brief discussion: Are the Bulls playing better due to Lauri Markkanen’s absence? In general, I don’t agree with this take, but I can see why it has been made. Markkanen is out of the picture, and the Bulls miraculously win four out of six games? Hmmm. I guess the argument would have to be that too much of the show runs through the big man and that his added presence makes it harder for the Bulls to run their system. I don’t know. I just don’t buy it, especially when we consider that Markkanen was single-handedly their best player to start the season (remember that?). He was not at all the reason this team lost their first three games, and this system truly does look like it has rejuvenated him. The only way it would be fair to make this argument is if Markkanen returns and the Bulls early-season struggles sneak back into the picture. Otherwise, I want the guy back on the floor ASAP.

•   The Athletic’s John Hollinger provided some analysis on the league’s second-year players, and he put Coby White into his “stock holding” category. I’m surprised he has any stock … I thought I bought it all? He rightly pointed out White’s struggles to lead the Bulls offense, but he also didn’t fail to mention that the 20-year-old has shown positive signs, indicating that he is still very much worth further evaluation in this role.

•   The Bulls will need White and, uh, every single other player to be on their A-game tonight if they stand any chance of hanging with the Lakers. I have no clue how Donovan will approach the game defensively, but no matter what happens rookie Patrick Williams is bound to experience a good old fashion “welcome to the NBA moment.” We saw Donovan express zero hesitation to put Williams on Giannis Antetokounmpo, and I expect the same tonight with LeBron James and Anthony Davis in the mix. The Bulls will also be at a massive size disadvantage with Markkanen and Satoranksy unavailable. Like, how the hell are they going to handle this frontcourt and James? I wouldn’t be surprised to see the Bulls whip out some zone coverage just to see how the Lakers respond.

Something I love about Donovan: He switches up the defensive coverages a lot after timeouts. Screws up the play that coaches draw up.

The Bulls had been dropping Carter all game on ball screens. On this ATO, Carter comes up to aggressively chase Haliburton. Bulls get the stop. pic.twitter.com/GeB6mm2uVY

•   Wendell Carter Jr. had a career-high 17 rebounds on Wednesday, so let’s hope that aggressive play translates over to tonight’s tough matchup.

Nice signs from Wendell Carter last night. Only four assists but we're starting to see his passing getting better. Set up a ton of open 3's but teammates kept missing.

Also a beast on the glass. Seventeen rebounds(!), many of them contested. pic.twitter.com/EPF4GTBt1j

•   The Bulls play the Celtics next Tuesday.

•   Meanwhile, this is the latest update we have on Lauri Markkanen and Ryan Arcidiacono (the two players who have not tested positive but are out due to contact tracing)

#Bulls are working with NBA to try to get Lauri Markkanen and Ryan Arcidiacono in a position where they can work out again as they remain in NBA protocols.

There's basically no chance they join Bulls at end of road trip.