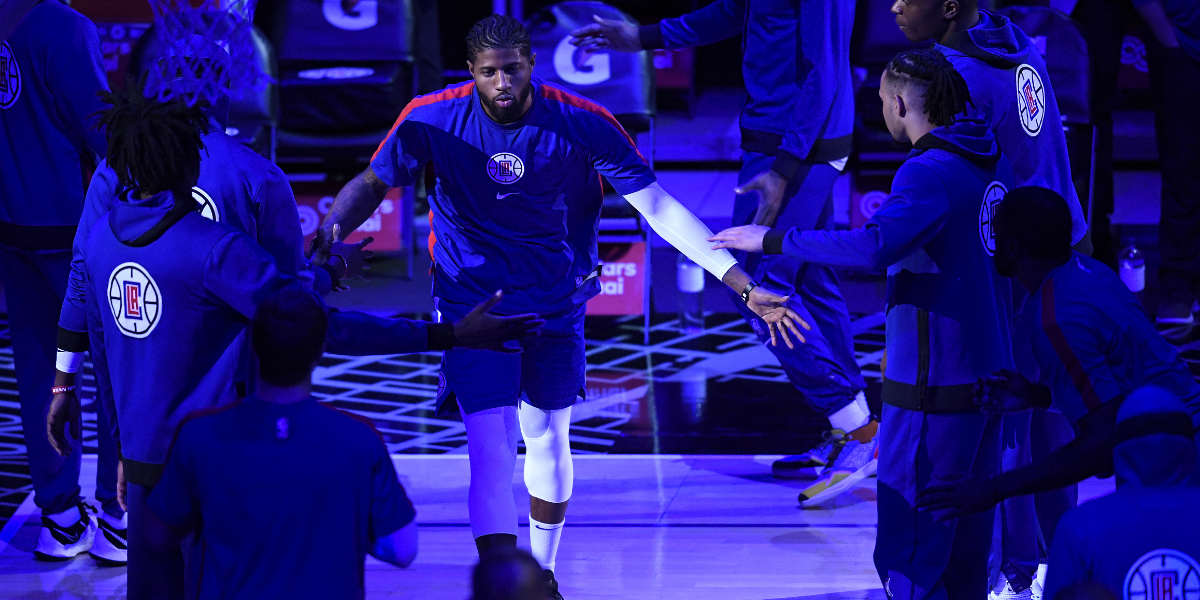 Raise your hand if you plan to watch this instead of the Bears game! Nobody? Shocker.

•   Garrett Temple is about to have his hands full. With Otto Porter, Temple will likely be tasked with guarding Paul George and Kawhi Leonard at times throughout this afternoon’s game. He has played pretty damn well so far this season, but the Bulls will have to ask for even from on both ends to put together another surprisingly competitive game.

•   Porter’s absence also means someone has to take over his scoring load. While he struggled in the game before his injury, Porter has still been one of the Bulls more reliable and aggressive players on that end of the ball. Chicago will either need Denzel Valentine to put together an efficient night from the field or draw up even more work for rookie Patrick Williams, who has looked increasingly hungry to score over the last few games.

•   Coby White is in store for another tough matchup. Patrick Beverley has a strong reputation for giving even some of the best offensive players fits. White will have to be on his A-game if he plans to put together another strong offensive outing as well as continue his improved ball security.

Otto Porter Jr. won’t play vs. Clippers due to lingering back pain, per Billy Donovan.

Billy Donovan is hopeful that Lauri Markkanen and Ryan Arcidiacono can rejoin the #Bulls as soon as tomorrow. They remain in NBA protocols while testing negative.

Billy Donovan said the Bulls have been including Hutchison, Satoransky, Markkanen and Arcidiacono in pregame Zoom calls with the team to make them feel like they’re in locker room.