Zach LaVine is on Another Level, Fixing Turnovers is a Must, Billy Donovan Wants to Win, and Other Bulls Bullets Skip to content 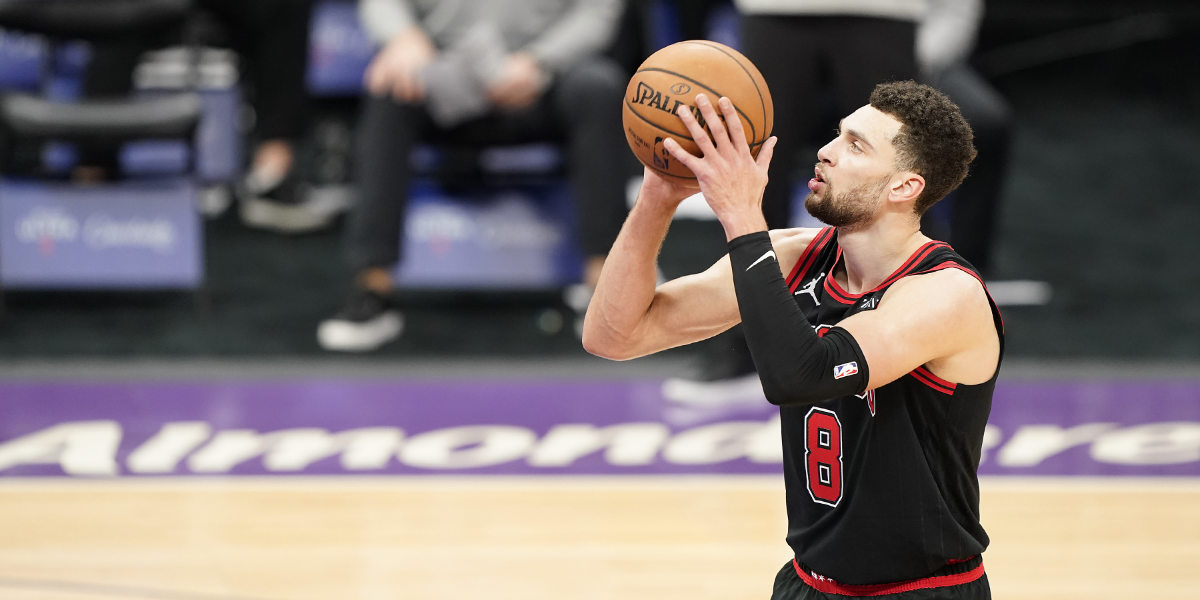 Who woulda thunk a Bulls loss could be a great palate cleanser to a gross Bears playoff loss? What a weird world we live in.

•   Zach LaVine is a gnat that flies in and out of your line of sight like that *snaps fingers,* and right when you think you clamped him down, he flutters on by with what I can only assume is a maniacal and tiny laugh that only gnats can hear. Truly, the Bulls’ top-scorer looks even more frustrating to guard this year than he has in the past, and if you don’t believe me, all you have to do is watch last night’s showing against the Los Angeles Clippers.

A season-high 45 points for Zach LaVine on Sunday.

•   And while the Bulls did end up losing by three, this performance was not indicative of the same old LaVine. The Bulls leading scorer didn’t chuck up desperate shots but rather used the team’s motion offense to find himself a number of high-percentage looks (57.7 FG%, 62.5 3PT%). The team ended with a game-high 30 assists on the night, and LaVine also impressively contributed 7 of his own dishes to that total (FWIW: he also helped the Bulls win the rebounding battle 44-40 with 7 boards).

•   The last five games from LaVine have arguably been the best basketball we’ve ever seen him play, averaging 34.4 points (53.9 FG%, 43.4 3PT%), 6.0 assists, and 5.8 rebounds. To see those assist and rebounding numbers steadily improve is huge in his pursuit to become a more respected all-around player. Also, the mere fact that he is shooting more efficiently is key to adjusting his standings as a “winning player.” Last season his effective field goal percentage sat in only the 56th percentile, per Cleaning the Glass, but through his first 11 games of this season, he has gotten that number into the 74th percentile. Another equally encouraging stat is that his points per shot attempt have taken a major leap from 114.7 in 2019-20 (62nd percentile) to 126.6 (87th percentile).

•   With all of that said, LaVine still has a ways to go. He has missed two-straight last-second shots to either give the Bulls the win or send it to OT, and there is a good case to be made that he could/should have passed out on each of those attempts. When the game is truly on the line, he still has to prove he can get over his tunnel vision. He has also not necessarily helped Chicago in the turnover department, which has easily been this team’s biggest fault. LaVine has recorded four or more turnover in four of the team’s last five games. Meanwhile, the entire team leads the league in turnovers per game at 17.8. Donovan expressed clear frustration in the team’s lack of ball security last night, and he was even clearer about the fact that until they clean that up, these wins will remain out of sight.

•   If you haven’t listened to Donovan’s postgame press conferences, I highly recommend you do. The Bulls have now lost three games in a row (albeit good games), and his reaction to that is entirely different than how we saw Jim Boylen react last season. While Donovan, of course, said there were some positives to take away, there was also noticeable frustration and detail put into his descriptions about why they lost. In other words, unlike Boylen who basically straight-up said he wasn’t concerned about the win-loss column, Donovan simply sounds like he wants to win. He recognizes the importance of development, and the improved play this team showed over these past few games, but he also recognizes that this team lost, and it does them no good to beat around that bush.

•   The NBA is having plenty of COVID problems right out of the gate, and I guess the plan is to hope those problems solve themselves.

ESPN story on the NBA’s determination to push through season without pause amid growing challenges for teams. https://t.co/3NlwpY4vj7