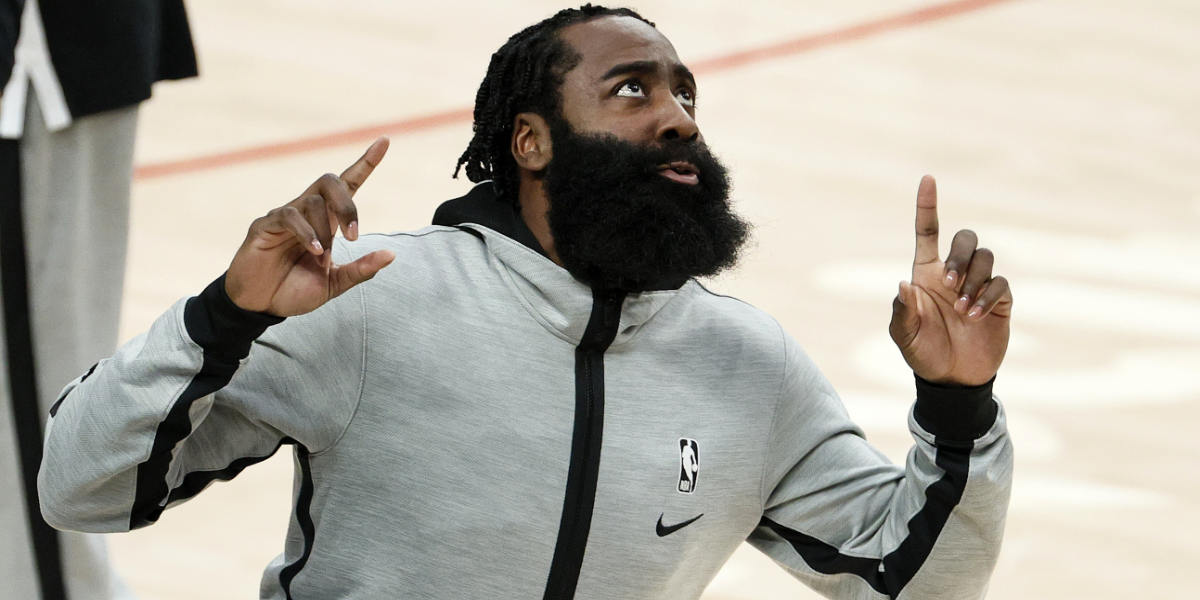 If you can’t take the heat, get out of the dumpster fire.

That’s what the Houston Rockets are trying to do on Wednesday, as they reportedly seek out a trade for superstar James Harden. The former-MVP has been nothing short of adamant about his desire to leave the organization, and things came to a head last night when he described the situation between himself and the Rockets as “something that I don’t think can be fixed.”

James Harden did not take any more questions after this. That's as close to publicly demanding a trade as you can get. https://t.co/knUpb3Iopb

The comments sparked fellow All-Star teammate John Wall to callout Harden in his own postgame presser, demonstrating a clear frustration in Harden’s lack of buy-in and toxic locker room energy.

“It’s only been nine games. Come on, man, you want to jump off the cliff after nine games?"

Still, I guess Harden won the night because less than 24 hours later, it appears he could finally get his wish.

According to The Athletic’s Shams Charnia, the Rockets are actively looking to deal Harden and a deal could be reached “quickly.” So quick, in fact, that The New York Time’s Marc Stein states that Harden could be traded as soon as today.

The finalists are considered to be the Philadelphia 76ers and the Brooklyn Nets, and a package would almost certainly have to include a potential star talent and significant draft compensation. The 76ers arguably have the most desirable trade piece in Ben Simmons, and Stein did confirm that Houston is focused on the 24-year-old, with additional hopes of landing 2020 first-rounder Tyrese Maxey. Aside from the fact that a Wall, Simmons, and Maxey trio feels all kinds of odd, this would be largely considered a solid return for the Rockets.

Houston is increasingly determined to complete a James Harden trade as soon as today, league sources say, and has chased the promising Maxey in addition to Simmons

ESPN’s Adrian Wojnarowski then added that the Rockets will even keep Harden away from the organization until a deal is done, which only further emphasizes the unsalvageable relationship between the two sides.

The Rockets are planning to keep Harden away until a trade is done — with front office weighing best final offers from Brooklyn and Philadelphia, sources tell @ramonashelburne and me. Process is moving quickly now. https://t.co/YDZkAKcG5d

Look, I’ve always been pro player, but the way Harden has handled this situation is ridiculous.

The Rockets don’t deserve much slack either, but for Harden to completely give up on this franchise and continue to show a clear lack of professionalism on the matter should be a bit concerning for whatever organization lands him next. Perhaps these problems subside with a trade, but what if things struggle to work out in his new home? What if the team isn’t any more competitive than the Rockets have been in recent seasons? I’d be worried.

As for how this might impact the Bulls (this is BN Bulls, after all), the Eastern Conference looks like it is about to get even tougher. Wherever Harden lands will likely be his home for the next several seasons, which means even if the Bulls begin their pursuit up the Eastern Conference standings, they will have to fight through the former-MVP. Well, unless Arturas Karnisovas is convincing GM Rafael Stone that Zach LaVine is one year away from an MVP breakout. You never know, I guess.