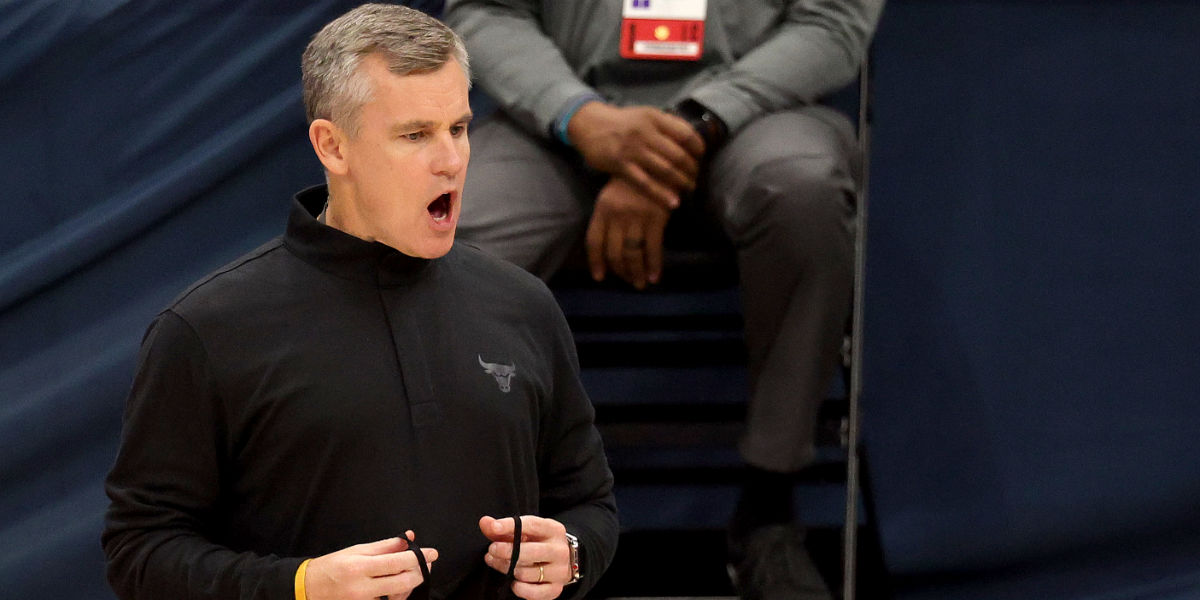 Since so many people have recently used the word “Orwellian” to described events happening around our country, let me offer a similarly ridiculous adjective: Boylenian.

Can you provide the definition?

A way of acting or playing basketball that is embarrassing, chaotic, and vomit-inducing.

Can you use it in a sentence?

•   The second half of the Bulls matchup with a rebuilding Oklahoma City Thunder team was all-too-familiar. The Bulls blew a 22-point lead by turning the ball over a disgusted 24 times. In the second half, they lacked even a single ounce of identity and focus. And as adversity started to knock harder and harder on the door, they crumbled under the pressure. It’s somehow unbelievable and totally believable. On one hand, I can’t believe this is the same team we saw take the Lakers and Clippers down to the wire, as well as comeback from their own 20-point deficit against the Trail Blazers. On the other hand, I have to remember we are only 12 games into the first season without Jim Boylen on the sideline. Practically two full seasons of terrible coaching and toxic energy are bound to leave bad habits. And bad habits are hard to break.

•   I feel some might want to take out their frustration on Billy Donovan – who did have his own blunder by not leaving the Bulls an important timeout at the end of regulation. However, he will continue to get a pass from me for most of the season. Not only have we already seen how much good he can do in a short amount of time, but we also have to remember he inherited an absolute mess. Imagine if someone built a living room full of Ikea furniture without ever looking at the directions. The cabinet doors wouldn’t open, the lamps wouldn’t turn on, the side tables were wobbly, and the couch kept creaking. This Bulls roster simply wasn’t built correctly, and Donovan now has to tear it down and start over. Piece by piece. Player by player. Last night is just an example of what can happen when that is the task at hand, and he sure sounded frustrated about it after the game (via NBC Sports Chicago): “We’ve all got to pull together and work together and try to figure it out because this has been something these guys have dealt with for a while. I’m 12 games into this with them. And as a coach, you feel bad. You want to be able to do more, and I’ve got to try and find some different ways to try and help them as a group.”

•   Sharing in his frustration was a recently-returned Lauri Markkanen: “It’s been happening for a couple years now, and everybody is really frustrated about it, but I think we have a good group of guys. I think our team is a lot better. I think we got some older guys who have some leadership in them. I think we’re overall a better team. I think everybody still believes that.”

•   Look, I’m glad Markkanen included the latter half of his statement. He recognized Donovan, and he recognized the strides this team has made. That’s important. At the same time, the former could very well be unfixable. A bulk of this roster has suffered ridiculous losses for years on end. Eventually, the Bulls are doing themselves a disservice by spending more time trying to prevent that than by simply trying something new. Fortunately, I really do think this front office recognizes that, and it is why the keyword “evaluation” has been pushed so heavily. I guess we have to remember that this season is all about salvaging what the Bulls fan and laying a foundation. As annoying as it is, losses like last night help in the decision-making process.

•   For how disastrous the entire team played last night, check out NBC Sports Chicago’s recap. I thank them for listing all the mistakes because I don’t think I could stomach doing it myself.

•   At least LaVine is playing like an All-Star *shrug emoji.*

•   And Patrick Williams keeps moving up the rookie ranks!

•   If he can start to hit this shot with ease … the league should be terrified.

•   When the going gets tough this season, I recommend taking a deep breath and watching Patrick Williams highlights.