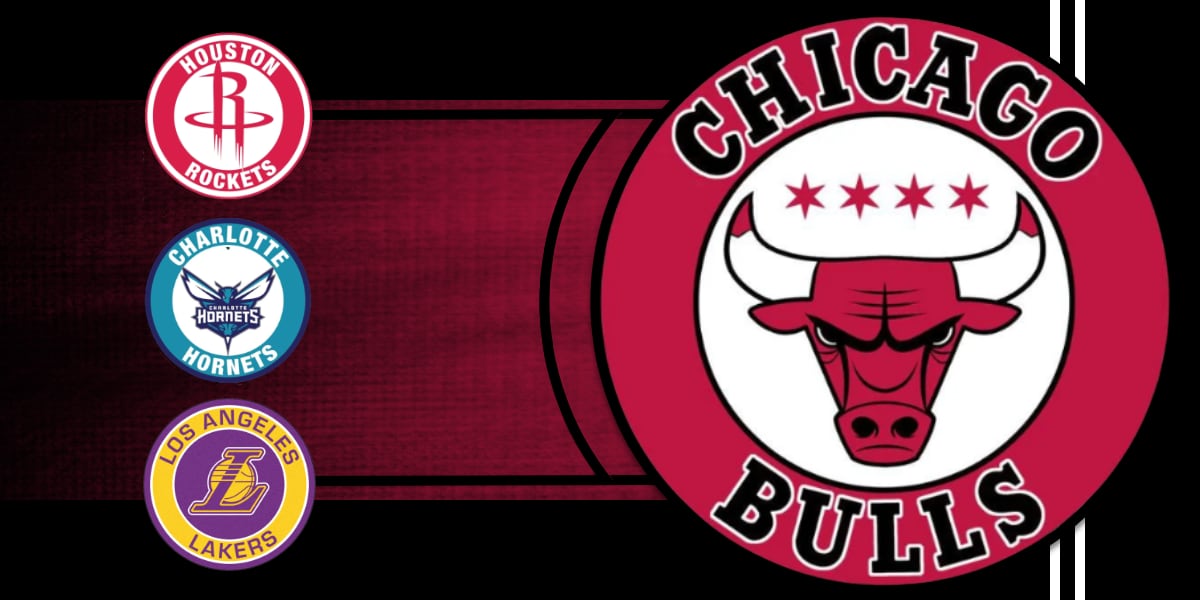 •   Houston Rockets (4-7): Who needs James Harden when you have Victor Oladipo and a crap ton of first-round pick, right? RIGHT!? SAY RIGHT!

•   Charlotte Hornets (6-8): So far LaMelo Ball is playing like the rookie of the year, and the fake office we gave LaVar Ball in a storage unit outside Greensboro is keeping him busy. No complaints here.

•   Los Angeles Lakers (11-3): LeBron James was impressed by Patrick Williams. And when LeBron likes something, LeBron gets that something. My people will call your people.

Additional Roster Notes: Porter is out for the Bulls first matchup this week, but it’s still unknown how long this back strain will keep him sidelined. With Monday night as the back-end of a back-to-back, the Bulls’ decision to sit him may be more precautionary than anything, so we will have to keep an eye on whether or not he practices over the next couple of days. Meanwhile, Tomas Satoransky and Chandler Hutchison have both started to workout in the Bulls facility again. How close they are to rejoining the team, however, is still up in the air.

Injury Update: Otto Porter Will Miss Tonight’s Game with a Lower Back Strainhttps://t.co/mKsBM38OW7

•   Bulls: Can the veterans keep it up? The team is tied for playing the second-most games in the clutch this season, and they hold a less-than-ideal 37.5 percent winning percentage in those games. As a squad heavily reliant on young talent, it’s certainly encouraging to see them in these many close contests to start the season. However, it’s hard to keep morale up or improve execution without seeing wins on the board more consistently, which is why I wouldn’t be surprised if we start to see head coach Billy Donovan lean more on his experienced bench.

In the Bulls game against the Mavericks, Otto Porter, Thaddeus Young, and Garrett Temple played some tremendous team basketball, each finishing the night in double-digits. All three of them played a pivotal role in maintaining the Bulls lead in the 4th quarter by limiting turnovers and tightening up the defense. With the way the Bulls offense has played over the first 13 games, there is a solid chance they could find themselves in an advantageous position in at least two of the three upcoming games, so maybe we can then see these veterans clock some extra minutes to make sure it stays that way.

•   Rockets: Of course Victor Oladipo is scheduled to make his Rockets debut against the Bulls. OF. COURSE. The former-Pacers All-Star has done nothing but destroy this team over his eight seasons in the NBA. He has averaged 20.3 points in the 18 games he has played against Chicago, which is only topped by the 23.3 points he’s averaged against the Oklahoma City Thunder throughout his career (8 games). So, yeah, the Bulls goal is pretty simple: Don’t let Oladipo beat you.

•   Hornets: Charlotte and Chicago are both led by an explosive backcourt. Terry Rozier, Devonte’ Graham, and LaMelo Ball are all players who could give the Bulls fits in their own ways. Then, throw a high-IQ Gordon Hayward into the mix, and the fact that they have the 11th-best defensive rating in the league, and this feels like a much tougher matchup than meets the eye. The Hornets’ offense may not be anything special statistically this season (22nd), but the Bulls defense is in the same boat (29th). If Chicago wants to walk away victorious, they can’t have the same poor scoring night from Zach LaVine and Coby White that we saw against the Mavericks (combined for 10 points). Fortunately, I think LaVine likes playing the Hornets (*motions toward his game last season with 13 3-pointers*).

•   Lakers: The Bulls – surprisingly – walked out of the Staples Center with only a 2-point loss the first time these two teams played. However, that also happened to be without Anthony Davis on the court, who should be in the lineup this time around. I’ll be very interested to see how Donovan wants to line his frontcourt up defensively. Will he trust Markkanen to cover Davis or will he try to let the more defensive-minded Wendell Carter Jr. give him trouble? Oh, this will also be LeBron James vs. Patrick Williams Round 2, so that’s fun.