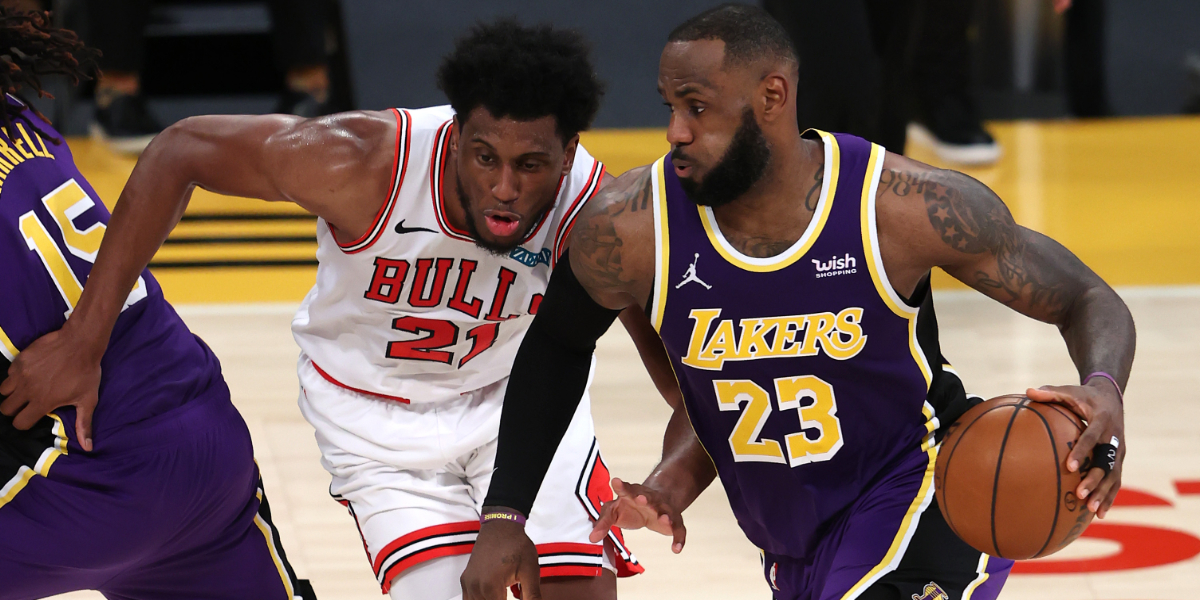 Garrett Temple, Otto Porter, and Thaddeus Young have a combined 1,241 starts among them. Throw Tomas Satoransky into the mix, and that’s an additional 151 starts to add to the equation. In other words, the Bulls have arguably four qualified starters sitting on their bench this season. That’s (1) not normal and (2) a big part of their recent success.

Over the past two games, both of which proved to be solid close-out victories, the Bulls experienced-bench dominated their opponent’s reserves. Against the Dallas Mavericks, the second unit finished with a 61-22 advantage. On Sunday night, the Bulls won the battle 41-28. Sure, each team had some rotation players on the injury report, but that is an impressive showing, nonetheless. Also, it’s not like those were the only two times this season the Bulls veterans have come through in the clutch. In the Bulls’ 20-point comeback victory over the Portland Trail Blazers, Porter (who started due to Markkanen’s absence), Young, and Temple combined for 33 points, 22 rebounds, 5 assists, and 3 steals.

The three-headed monster (or three-headed old wise wizard?) has been able to help this inexperienced team tighten up defensively towards the end of several games and consistently hunt for higher-percentage shots on the offensive end. Don’t get me wrong, the young scorers deserve plenty of credit for the team’s all-around productive scoring this season (6th-highest EFG% in the league), but I don’t think it’s a coincidence that some of the most efficient scorers happen to be the team’s veterans. Lead by example, right?

Take Garrett Temple, for example, who is currently having a career-season from the floor, shooting an impressive 48.9 percent from the field and 43.1 percent from behind the arc. He currently has a 61.8 effective field goal percentage, which ranks second on the team behind only Daniel Gafford – who’s played considerably fewer minutes than Temple.

Meanwhile, Thaddeus Young has seen his role go from a space-the-floor shooter under Jim Boylen (he shot his second-most 3-point attempts of his career last season), to a consistent paint presence. The strong majority of his shots are happening either at the rim or in short mid-range situations (were talking inside the free-throw line but about 4ft from the rim). He is shooting 71 percent at the basket and 62 percent from those short-mid situations (84th percentile), per Cleaning the Glass.

Considering this area of the court has always been his bread-and-butter, especially that short-midrange section where can use his smooth baby hook, it’s not surprising to see his influence on this team go up this season. However, what does come as a surprise is just how helpful he is facilitating the offense. Young is currently averaging his highest assist-to-usage ratio of his career at .89, which Cleaning the Glass also lists as the best on the Bulls roster.

Otto Porter has technically split his games between the starting lineup and bench due to Lauri Markkanen’s seven-game absence earlier this season. But the expectation is that he will be a mainstay in the Bulls increasingly successful second unit as the season stretches on. Thus far, Porter has shot 46.0 percent from the field and 41.5 percent from downtown with 12.5 points, 6.7 rebounds, and 1.9 assists per game.

The Bulls bench, which has typically been anchored by one or two of these veterans each game, has the 2nd-best field-goal percentage among NBA benches (48.4%). They also happen to dish out the 8th-most assists (9.1) and draw the 12-most personal fouls (6.4) per game. I should stress, however, that they have not only made this kind of positive impact on the offensive end.

While the Bulls defense as a whole isn’t anything special, their second unit records the 5th-most steals per game when compared to fellow NBA benches. Again, neither Young, Temple, nor Porter single-handedly elevates this Bulls defense, but all three play an important role in making them a bit more competent in stressful situations. Temple’s scrappy, in-your-face ball pressure combined with Young’s knack for poking the ball away, or Porter’s aggressive defensive rebounding, has helped this Bulls team keep games close and finish out several of their wins this season.

Why else do you think Donovan has made it a priority to include at least two at a time in the team’s closing lineups this season?

Donovan trusts these vets to execute, and his reliance on them in a reserve role can help this team win games while simultaneously developing their young pieces. Oh, and let’s not forget to build their value in the trade market! The balance has been a joy to watch develop this season, and I’m excited to see it continue.