Do you see the headline? Yeah, that’s the first time the Bulls have done that since February of 2019.

The Bulls continued to look all kinds of improved tonight against a rather scrappy Charlotte Hornets team. Their offense continued to fire on all cylinders, with the team reaching the 30-assist mark for the 4th time this season. Also, their 115+ points in seven-straight games ties a franchise-high set in the 70s. Ridiculous (the Hornets have the 9th-best defense in the NBA, by the way).

Arguably more encouraging, however, was the Bulls improved defense. The team forced the Hornets into 20 turnovers, and the Bulls veterans helped hold the opposing bench to just 20 total points. VET MOB UNITE!

Things are really different, folks. I know reality may set it when they face off against the Lakers tomorrow night (why do we also get them on the backend of a back-to-back?), but there is no doubt we are watching a much more disciplined and focused Bulls team. And it’s crazy to think they are accomplishing that with basically the same roster as last season. I mean, the team averaged the 27th-most points in 2019-20, and they’re now averaging the 4th-most. That’s seriously crazy.

Let’s all send Billy Donovan an edible arrangement, and then rewatch the highlights from tonight! See ya tomorrow! 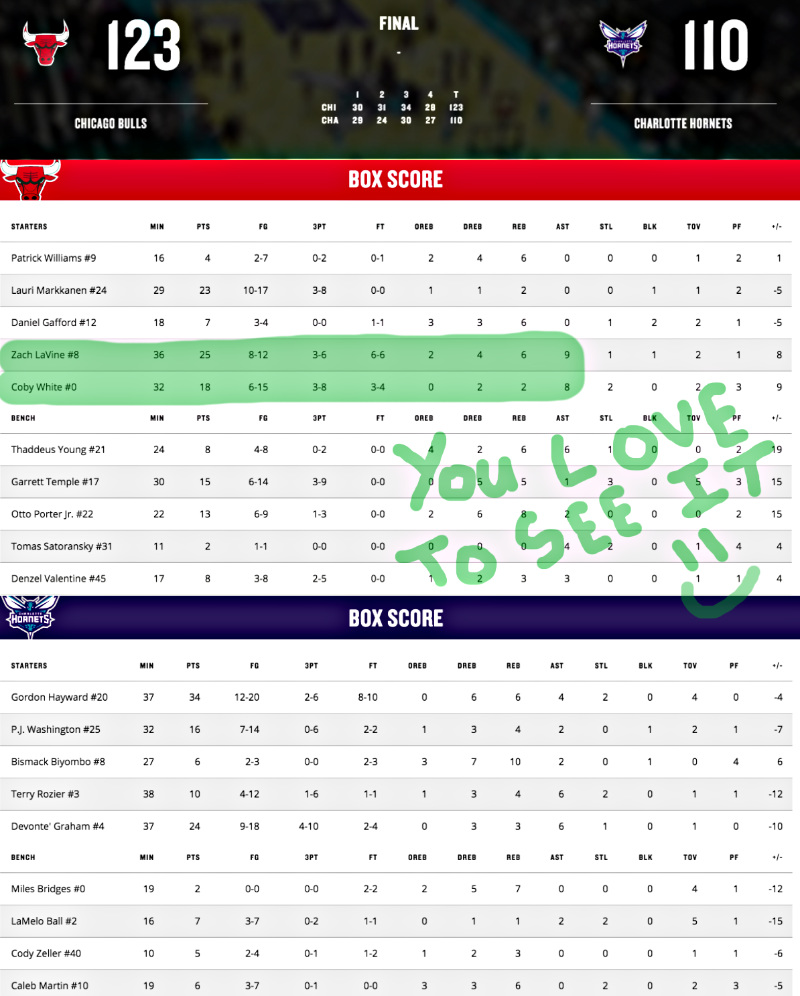