The Winning Streak Comes to an End – Lakers 101, Bulls 90 Skip to content

A win was probably too good to be true.

From the moment the ball tipped-off tonight, the Bulls were outmatched. Unlike in their first contest against this Lakers team earlier this month, Anthony Davis was on the court. The superstar took full advantage of Wendell Carter Jr.’s absence (and that isn’t to say the outcome would’ve been immensely different if Carter Jr. did play), attacking the paint and going 14-21 from the field. The big man finished with an utterly dominant 37-point performance.

Meanwhile, the Bulls 12th-ranked offense in the NBA failed to look the part. The Lakers defensive rotations were nothing short of elite, and they held the Bulls to a season-low 90 points.

I honestly felt no anger when the final buzzer sounded. The team still put together a three-game win streak for the first time since 2019, and I don’t believe this one blowout loss to the defending champs is going to reverse this positive course. All this game really told us is that the Chicago Bulls are not a championship-caliber team. And we already knew that. 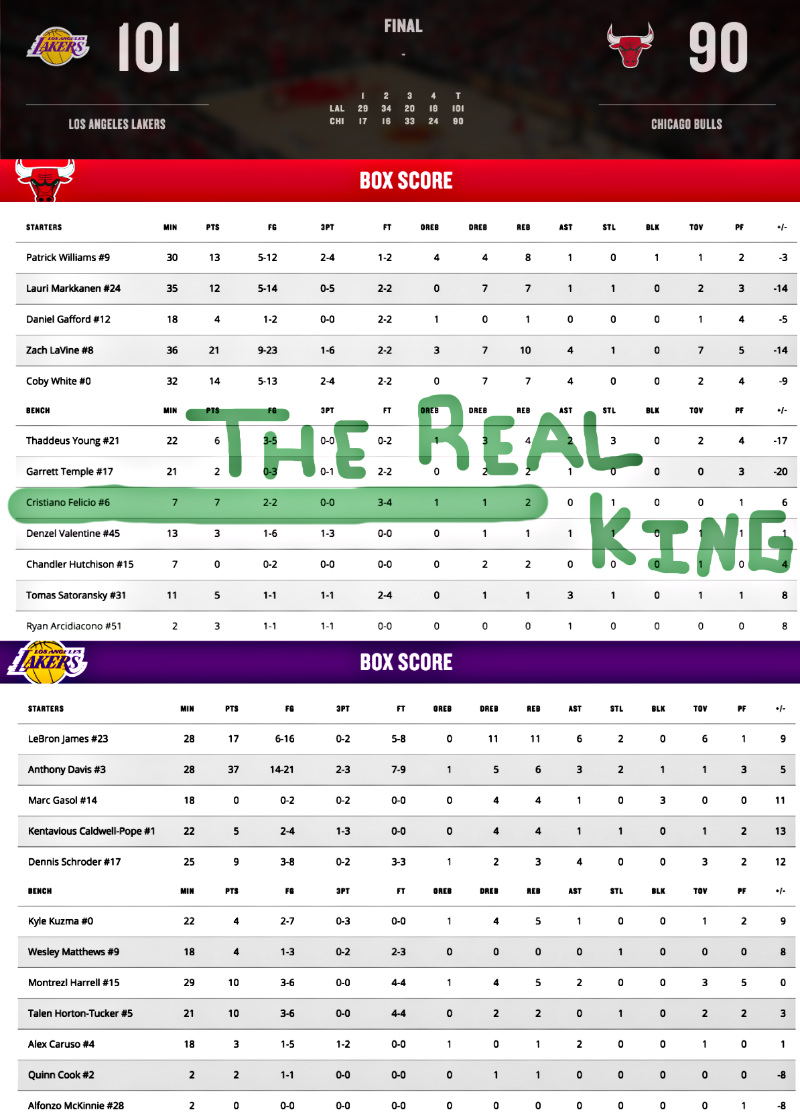