An Understandable Loss, Some Solid Rebounding, LaVine's Turnover Trouble, and Other Bulls Bullets Skip to content 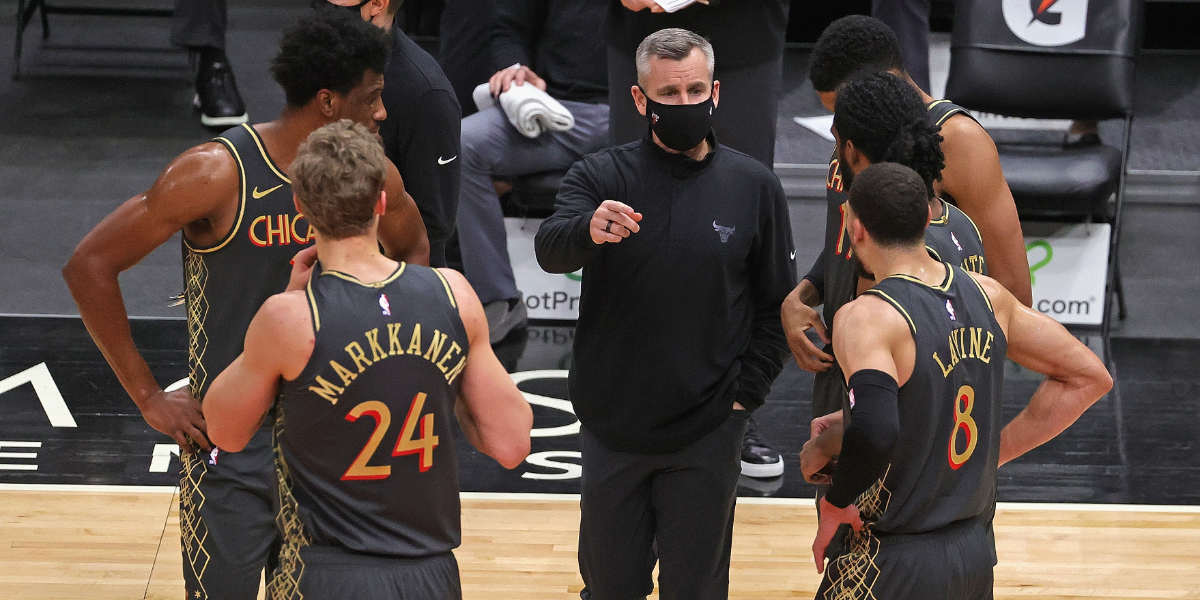 Packers suck. Bet on them to lose, please.

Huge day, so get a huge offer – just go to https://t.co/TBhg1dSgw6 to snag it! pic.twitter.com/VxbGCxpaM6

•   Beating a fully healthy Lakers team is legitimately one of the hardest things to do in the NBA right now. It’s why they are viewed as a Finals favorite, and it’s why the Chicago Bulls loss on Saturday is totally palatable. All last night’s game told Bulls fans was that this team is far from championship caliber, and that fact is easier to see than King Kong hiding behind The Bean (sidenote: Did y’all see the new Godzilla vs. Kong trailer? Yeah, that looks dope). I’m still very much encouraged by this team’s recent three-game win streak, and I can’t blame them for looking outmatched. After all, not only did they play the defending champs, but Anthony Davis was on the court and Chicago played without Wendell Carter Jr. and Otto Porter.

•   Of course, that is not to say if either Carter Jr. or Porter played that Chicago would have won, but I have to imagine the game would have looked a tad more competitive. Last night was just not an ideal night for the Daniel Gafford Should Start Club. While most will look outmatched against a motivated Davis, he lacked the length and mindfulness needed to even adequately protect the rim. He finished with only 4 points, 1 rebound, and 4 personal fouls.

•   Fortunately, however, the rest of the Bulls team did pick up the slack in the rebounding department. Four players finished with 7 or more rebounds, helping the Bulls win that category by a slim margin of 54-52. Zach LaVine and Patrick Williams led the team with 10 (LaVine recorded his first points-rebound double-double of the season) and 8, respectively. I gotta say, I’ve been impressed with the Bulls effort on the glass this year. They may absolutely stink on defense as a whole, but they are currently averaging the 10th-most defensive rebounds per game. I think just goes back to the increased effort and buy-in we see from the team under head coach Billy Donovan. Not to mention, the Bulls more conservative drop coverage is going to put players closer to the hoop, which has to play a role.

•   Speaking of Patrick Williams (aka Pat Dub), he reminded reporters after the game that LeBron James is … well … good at this whole basketball thing.

Patrick Williams says LeBron James was calling out some of the #Bulls' plays ahead of time.

"You can tell he watches a lot of film," Williams says.

•   The Lakers defense last night was absolutely insane. Sure, part of it has to do with the Bulls tired legs, but they are also the No. 1-ranked defense in the NBA. They refused to let Chicago’s offense get into a groove, rotating and cutting off passing lanes effortlessly. The Bulls finished with only 18 assists, which was a stark difference from their 33 one night before. For this team to find success, they need the ball on the move. The Lakers knew that and made sure it didn’t happen.

•   Again, while I think we should not take anything too negative away from a loss to this elite Lakers team, I was a bit bummed by Lauri Markkanen’s performance. With Wendell Carter Jr. out, it was a great opportunity for him to step-up on both ends of the floor. He still played with a level of aggression that was far better than anything we saw last season, but he only finished with 13 points and 7 rebounds in 36 minutes of action. Eh, whatever, a game against a DPOY candidate will do that to ya.

•   Last night we saw the good and bad of the new LaVine. The rising star finished with 21 points and 10 rebounds in another relatively solid all-around performance, but he also finished with a game-high seven turnovers. I’m very interested to see if some of his turnover troubles (averaging 4.2 per game which leads the team) will slowly disappear as the season goes on. This is arguably the most we have seen him try to facilitate since his rookie year, and there is no denying that his court vision has taken a major step in the right direction. However, as improved as his ability to read the defense looks, he still tries to do a bit too much on some possessions.

LaVine has made steps passing and reading defenses, has to be careful not to turn that into predetermining his plays. The jump pass is great until teams put it in the scouting report. Tries to hit Markkanen quick, LeBron jumps it, gets a deflection and again D turns into O for LA pic.twitter.com/VcZJ5YKMWS

•   As his passing improves, he will have to remember that the opposing teams will start to prepare for it. Another part of being a truly elite player is being able to adapt as the game plays itself out. I think LaVine has done that well several times this season (facilitates one half and score the next), but that is always something that can be further developed.