This Wendell Carter Jr. Injury Stinks for So Many Reasons Skip to content 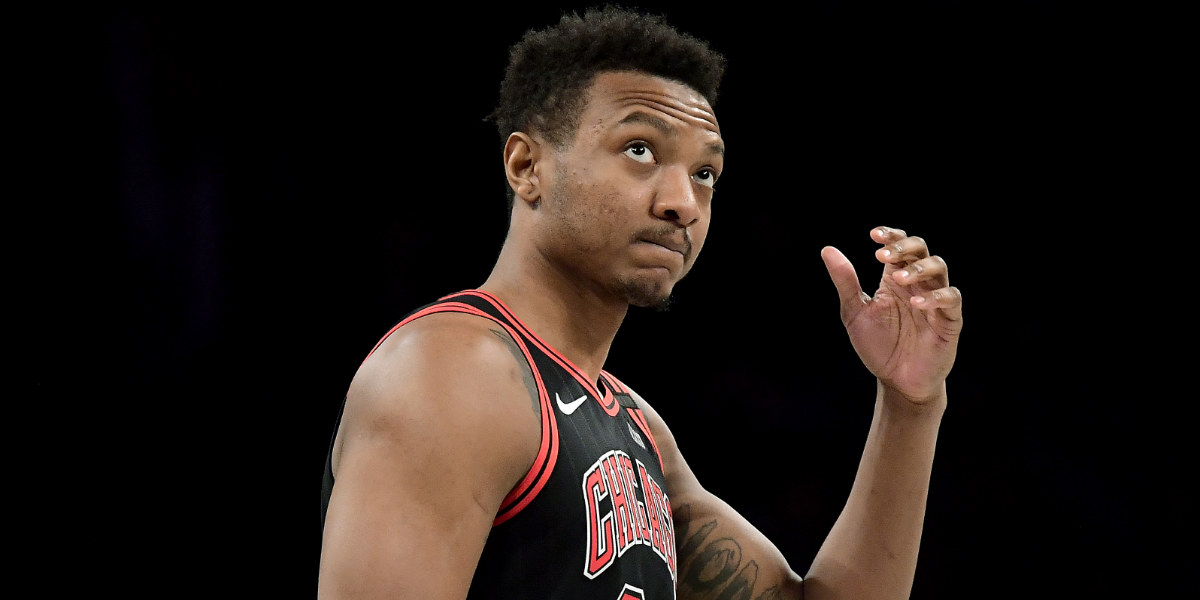 I feel sick. Someone get me some Pepto Bismol.

In a season where they were finally supposed to get clarity on this somewhat intriguing young core, one of the most important members hits the deck with his third significant injury. Wendell Carter Jr. will be re-evaluated in four weeks after an MRI revealed a severe quad contusion  – one that was frustratingly (albeit accidentally) caused by Denzel Valentine running into him during practice. Flukey? Yes. Annoying? Very yes.

Not only did head coach Billy Donovan and the front office talk plenty this offseason about the important role they expected Carter Jr. to play, but he was finally starting to play that role well! He was averaging 12.8 points and 8.0 rebounds per game and shooting a solid 53.3 percent from the field (also averaging 2.4 assists this season compared to 1.2 in 2019-20). He scored in double-figures in 11 of the team’s last 12 games and recorded four double-doubles. Even better, however, was the strides he was making off the box score. Carter Jr. was setting the best screens on the team, protecting the rim adequately, and flashing some improved court vision. He played a significant role in opening up the Bulls offense, which I know may not have been obvious, but I have an icky feeling it will be over the team’s next few games.

The Bulls defense is already ranked 26th in the NBA, and their starting lineup has a -15.5 (per 100 possessions) on the season. Carter Jr. is arguably their best defender … so are things about to get even worse? The team is now going to rely on Daniel Gafford in the starting lineup or a small-ball unit with either Lauri Markkanen and Thaddeus Young in the frontcourt. I know it’s a small sample size (only 25 minutes and most against Lakers/Celtics), but the starting lineup with Gafford on the court sits at a -30.8, per Basketball-Reference. As for the lineup that includes Young with the normal starters, the Bulls are looking at a -28.0. Again, we don’t have a lot of data, and I do expect things to improve, but we have reasons to be very concerned.

Sounds like Billy Donovan is going to go by committee to fill Carter’s spot.

Daniel Gafford has started the past three games at center, but the Bulls could also go small with Thad Young or Lauri Markkanen at center.

Arguably the worst part of this month+ (remember, he is being re-evaluated in four weeks, so it will be longer than that before he takes the court again) is trying to figure out how it impacts the bigger picture. Arturas Karnisovas and Marc Eversley were supposed to use THIS season as the one to evaluate the leftover young core. I know Carter Jr. isn’t out for the season, but this is a significant amount of time that has been removed from that process. If the team starts to stumble, will they perceive that normally, or will they question whether or not things would look better if Carter Jr. was fully healthy? Also, how does this impact their view of Carter Jr. specifically? Do they see him as injury-prone and thus potentially more eager to find another answer at center? Or since this is the first injury under their eye, will they press pause on thinking about him until he is healthy again? Honestly, it’s overwhelming to think of all the different domino effects this one injury stint can cause.

Anyway, injury stuff sucks, and I have no clue where to direct my frustration. I think it’s unfair to criticize Carter Jr., who can’t help the fact that he keeps hitting these bumps in the road. Likewise, the Bulls have a new medical staff, so it’s hard to strictly label this as “the same old same old” (I will admit, though, the fact that it took this long to learn his injury was this significant is dumb).

So, instead, I’m stuck here just yelling at the basketball gods and wondering why they have to keep putting us through this.