Is Daniel Gafford Ready to Play a Much Bigger Role? Skip to content 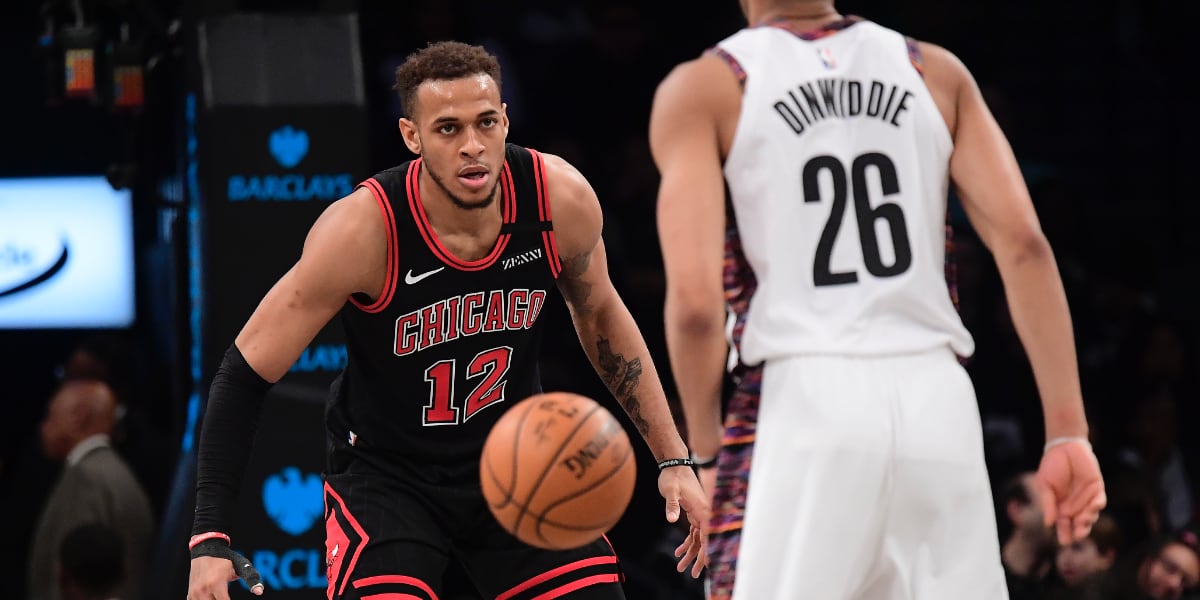 The Bulls second-year center is about to experience a big boost in responsibility, whether he’s ready for it or not. Because while he has already started each of the team’s last three games, that came with the expectation that starting big man Wendell Carter Jr. would soon return. Now, Carter Jr. has been ruled out for the next month-plus, likely moving Gafford into the starting lineup for the foreseeable future.

What does he hope to do filling in for his teammate? The same old same old.

“Just mainly like my energy and whatnot,’’ Gafford told Joe Cowley of the Sun-Times on a Zoom call. “I’m usually coming off the bench with a lot of energy. I’m always juiced up and ready to go. Now I’ve just got to be able to come out with that energy at the beginning of the game from now on until he gets back.

Gafford’s right. The energy and aggression he brings the team off the bench is arguably his greatest attribute. Starting the game with that same mindset, and keeping it up with increased minutes, is a lot easier said than done, however. Not to mention, the starting role just comes with more general, consistent pressure. Instead of 15 minutes of high-flying dunks and blocks, the Bulls (ideally in this system) want 25+ minutes of defensive playmaking, strong rebounding, and the promotion of offensive ball movement. None of those things are necessarily Gafford’s specialty.

In those three starts we’ve seen Gafford make so far this season, he has averaged just 3.7 points (44 FG%) and 3.3 rebounds. Most telling, however, is the fact that he has only been able to stay on the court for an average of 15.8 minutes. In his matchup against the Lakers, he had four quick fouls. Then, versus the Celtics, head coach Donovan only allowed him to see the floor for 10 minutes, even turning to Cristiano Felicio in hopes of better production.

The Lakers and Celtics are not an easy matchup at all, so we can cut Gafford some slack for his bumpy start. He needs time to build chemistry with the starting unit and to better understand exactly how he fits into the picture. Totally fine. At the same time, though, Gafford made seven starts during the 2019-20 season, and things did not look that much better. He scored 7.0 points per game with 3.4 rebounds in 18.8 minutes.

Fortunately, he did shoot a much improved 75 percent in those starts, and we can only hope he returns to that level over the next few weeks. On the season, he is shooting 71 percent at the rim, which puts him in the 95th percentile, per Cleaning the Glass. The problem is, the Bulls new offense likes to bring their big man out to the perimeter, and (unlike Carter Jr.) if Gafford gets the ball that far from the basket, he isn’t going to be able to do much with it. With that being the case, we will have to see how Donovan adjusts.

What could prove to be a bigger issue for the Bulls than his limited offensive capabilities is his rebounding woes. We have no reason to believe that with more minutes Gafford will miraculously be a better rebounder. As pointed out above, Gafford only averaged roughly 3.0 a game in both his starting stints. Cleaning the Glass literally has his defensive rebounding percentage in the 0 percentile at 7.9 percent. Yikes.

I don’t bring this all up to say I don’t think Gafford can be an adequate starter over the next several weeks. The stint should prove to be his longest as a starter yet, and thus he might be able to figure out the right role to play. All I’m saying is that Gafford is very different from Carter Jr., and the Bulls are just going to have to work around that.