What to do at Center, Markkanen Up for the Challenge, the Injured Blazers, and Other Bulls Bullets Skip to content 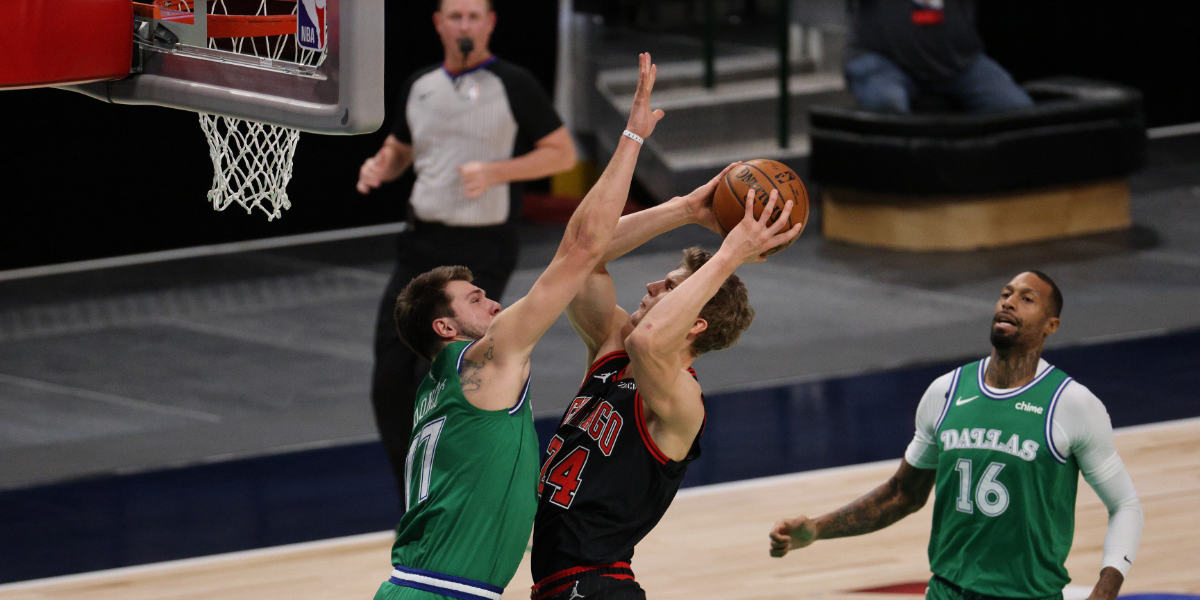 This intro will be used to do one thing and one thing only – laugh at the Hawkeyes.

•   Does anyone else feel like it’s been two months since the Bulls have played a game? Ok, good, same. Thanks to a postponed contest on Wednesday against the Memphis Grizzlies, the Bulls have not seen action since Monday night. Fortunately, however, that extra day of rest and evaluation should come through in the clutch. The team looked completely out of sorts against the Celtics before learning that one of their most important players would be sidelined for over a month with a quad injury. Carter Jr. was not only the team’s defensive anchor, but his involvement on the offensive end saw a pretty substantial increase this season. His usage rating bumped up from the 45th to 64th percentile under Billy Donovan, per Cleaning the Glass, as the head coach made using Carter Jr.’s versatility a priority on that end this season.

•   The team will now look for back-up center Daniel Gafford to play a considerably larger role. And while the big man has a knack for making highlight-reel plays, he has not proven to give the Bulls the same production as Carter Jr. on either end of the floor (and we wrote about that the other day). Likewise, Lauri Markkanen and Thaddeus Young will surely be tasked with more minutes at the five, which means both will increasingly play out of position. Markkanen has rarely (if ever) looked comfortable at the center position. He may stand seven-feet tall (taller than Carter Jr. by a couple of inches), but he lacks the same defensive acumen and physicality to give opposing bigs real problems at the rim. Thaddeus Young, on the other hand, can play far bigger than his six-foot-eight frame, but that still isn’t going to stop him from being exposed by bigger matchups. So, yeah, I’m worried.

•   Anyway, here is what Donovan told Sam Smith of Bulls.com about the by-committee approach he thinks the Bulls will be forced to use at center: “We’re probably going to have to do it with several different bodies. There may be matchups for us where playing Lauri and Thad together we may not have enough length and physical size and presence up front. There may be some lineups that maybe we need Gaff out there, Cris out there. It could be a variety of different things. I think we’re going to have to be prepared to have significant and different rotations based on matchups and who we’re playing against.” Did somebody say … MORE FELICIO!?

Without the injured Wendell Carter Jr. for the next few weeks, the Bulls may have to try different looks at the center position to match up with some of the league's premier big men.

•   At least Markkanen is up for the challenge.

Lauri Markkanen doesn't feel like playing more minutes at center is difficult: "Nothing really changes. It's a little bit different position, but nothing too crazy."

Markkanen could get more center minutes with Wendell Carter Jr. out 4-plus weeks.

•   All things considered, the Bulls actually got a bit lucky with their matchup tonight. The Blazers are currently also without their starting center, and the injury issues don’t stop there. Joining Jusuf Nurkic (wrist) on the sideline is the Blazers’ second-leading scorer CJ McCollum and starting small forward Derrick Jones Jr. The Blazers also have starter Robert Covington listed as questionable tonight with a concussion. Dame Time is practically inevitable, but if it turns out that all four of those players are out … the Bulls HAVE to take advantage.

•   Oh, and if the Bulls do pull off the W, it will be their first season sweep of the team in a hella long time.

The Bulls look to sweep the Blazers for the first time since the 2006-07 season.

•   What makes you think you’re good enough for him, Knicks!?

So the Knicks Are Reportedly Still Thirsty for Some Zach LaVinehttps://t.co/jjbtkXqlRX

•   Since Bradley Beal has been a topic of conversation lately, I’ll just leave this here …

Bradley Beal won't be on the trading block 'in the near future' https://t.co/lSo7ohIzhb