More Lonzo, Thaddeus Young is Ballin' Out, An Important Stretch, and Other Bulls Bullets Skip to content 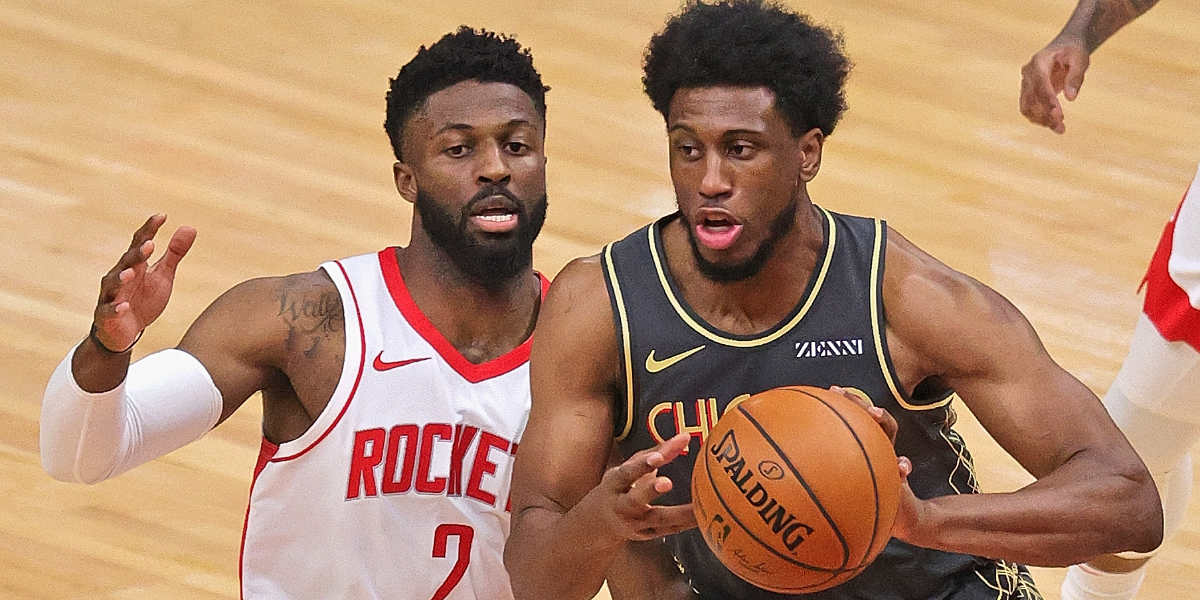 I’m sure many of you have come to learn this over these pandemic months, but I can’t stress how important it is to feel comfortable yet dressed when you work from home. Too often it’s easy to fall into the trap of lounging in way-too-comfortable outfits, which then makes it that much harder to break out of sleepy mode. At the same time, it absolutely sucks to be in full uncomfortable, work clothes at home because (1) you feel like an idiot and (2) you just get stuck thinking about how weird it is. So, yeah, all of that to say I went out and bought a bunch of new comfortable yet workable clothes this weekend. ‘Tis great.

•   This is the last time we’re sharing anything about what happened on Saturday night. Then, it goes into the “things best forgotten” bin alongside Jim Boylen.

•   The Pelicans are reportedly looking to trade Lonzo Ball, and the Bulls continue to find themselves in the conversation.

Chicago Bulls Rumored as a “Possibility” for Lonzo Ball Tradehttps://t.co/UZSH4ZnpHQ

•   In my opinion, I just don’t see a trade between these two sides working out. Pelicans VP of Basketball Ops David Griffin has a knack for coming out on top of deals, and I’m not sure I see the Bulls offering him a package he feels comfortable accepting. With how Ball has started this season, he probably isn’t worth anything more to the Bulls than a veteran and second-rounder, especially when we consider that he also hits restricted free agency this offseason. Would the Pelicans really feel a lot better with Tomas Satoransky or Thaddeus Young on the roster? And, if so, do the Bulls even feel like a brief Ball evaluation is worth giving up either of those vets (both of which have played well and been a strong locker room presence)?

•   I think the Bulls also have to consider how valuable Young might become. Under Billy Donovan’s new system, the Bulls big man is truly thriving. He is playing like an elite point-forward, averaging a career-high 4.1 assists per game off the bench. Likewise, his effective field goal percentage is by far the best he’s ever had at 61.9 percent. Practically all of his shots are coming at the rim or in what’s considered the “short-mid” section that sits between 4-14 feet from the basket. I mean, the guy has been playing so well that he has been on the brink of his first career triple-double in each of the Bulls past two games – posting 8 points, 11 rebounds, and 11 assists against the Trail Blazers and 16 points, 9 rebounds, and 9 assists against the Celtics. There is no question that his value has shot up over the first 20 games of the season. What we have to wonder now is (1) whether or not it will stay that way and (2) whether or not the Bulls will look to capitalize in the trade market.

•   Young offers the experience and efficiency that almost any contending team would like to add. He makes winning plays on both ends of the floor, and there is no question he can offer spot starts in the wake of injury trouble. I’m not quite sure what the Bulls could get in return at the moment – that weighs heavily on who becomes available over the next two months – but I do expect a handful of suitors to show themselves as the deadline nears. I’m also curious to see how picky this new front office would be. The Bulls may not be going anywhere special this season, but they have been playing improved basketball. Not to mention, there is a legitimate avenue for them to compete for a play-in tournament spot, and it’s unclear how much the organization values such a circumstance. Playoff experience – even if it comes in the form of this play-in opportunity – can do wonders for a young roster, so perhaps they view Young as a piece worth keeping around to try to reach that mark. Do I prefer that choice as opposed to taking advantage of his value on the trade market (and giving Young a more competitive home)? Eh, probably not.

Thad Young is playing his best basketball since arriving in Chicago. One indicator is his shooting percentage. @yungsmoove21

•   The Bulls have a chance to prove they’re the best of the worst this week. After three straight-losses, matchups with New York (9th) and Orlando (10th) will make up the team’s next four games. We can all agree the Bulls have looked better in a number of ways this season, but if they truly want to show they’re a different team, this is the stretch to do so. Beating teams you’re supposed to beat, or those hanging around you in the standings, is a key step in the improvement process.

Time to stack some W’s.

•   Win these next few games, and maybe the Bulls can break the “better than expected” threshold!

How It Started Vs How It’s Going.
Current winning percentage versus preseason over/under expectations pic.twitter.com/qB7tPaqCJc