The First All-Star Voting Returns Are In, But Zach LaVine Ranks Just 5th Among Eastern Conference Guards Skip to content 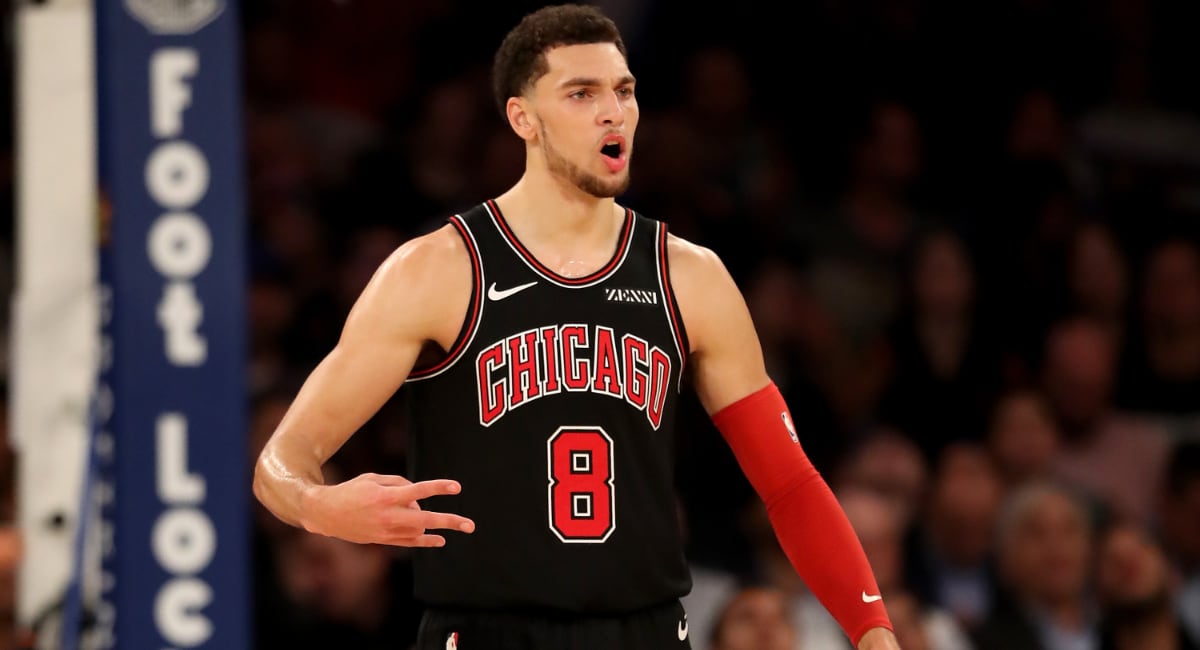 The early All-Star voting return for Zach LaVine … could be better.

The NBA released the first fan returns on Thursday afternoon, and the Bulls 25-year-old shooting guard currently sits with the 5th-most votes among Eastern Conference guards.

To see LaVine steadily in the mix is certainly a positive, but it’s clear that he will have to make up quite a bit of ground to crack the starting roster. Player and coach voting each account for 25 percent of the final tally, which means the fan vote ends up holding 50 percent of the weight. With that being the case, it seems unlikely that a player outside one of the top-2 spots ends up actually cracking the starting lineup. I’d say it also feels quite unlikely that LaVine can find his way past big-name players like James Harden, Kyrie Irving, and Bradley Beal over the next several weeks.

LaVine’s other chance to crack the roster will be as a reserve, but (unfortunately) fan votes do not count toward that decision-making process. Instead, the 14 reserve spots are in the hands of the 30 NBA coaches, who are allowed to pick two guards, three fowards/centers, and two players in either category. How do coaches around the league view LaVine? I’d imagine better than last season, but I’m not sure well enough to throw him into the big game.

Good news: There is still a lot of time! Fans can still vote, and LaVine can still improve his stock. The Bulls have the toughest stretch of their schedule behind them, so LaVine should be in a good position to bolster his stats and (most importantly) win some more games!