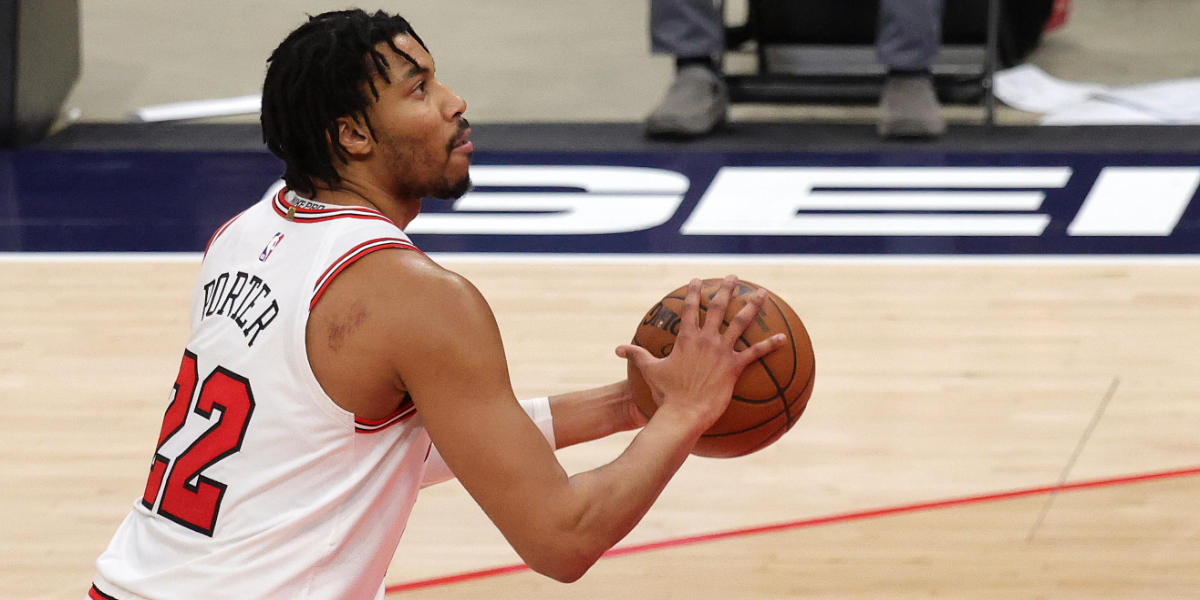 Ahead of the Bulls matchup against the Orlando Magic, head coach Billy Donovan announced that Otto Porter Jr. will be “shut down for the time being” with a back injury.

We first learned that Porter would miss his fifth game of the season on Thursday, but since the Bulls did allow him to travel with the team to Orlando, there was at least some optimism around the idea of him playing in the team’s second matchup against the Magic. Clearly, that was false hope.

Donovan clarifies that Porter can get shots up and move around, but he's not doing running, contact or anything like that.

Otto Porter Jr. (back) has been shut down from basketball activity for now, Billy Donovan says.

Bulls were hoping he might be available tomorrow, but he’ll be out until at least sometime next week

Fortunately, it appears as though there is at least some hope around the idea of Porter returning sometime next week, but the mere fact that the Bulls are uncomfortable providing a clear timeline is a bit concerning.

As we discussed yesterday, the idea of sitting Porter until fully healthy was presented to Donovan in a discussion with reporters before Wednesday’s game against the Knicks. Donovan responded that medical staff had not yet informed him that an extended absence would be necessary, however, it appears one more day of an injured Porter has changed things.

So I think it’s safe to say Porter will now miss at least the Bulls next three games: Tonight against the Magic, tomorrow against the magic, and Monday against the Wizards. Since he will not be doing any basketball activity during this time, though, I certainly don’t feel too hopeful about him returning in time for the game against the Pelicans on the 10th. Maybe next Friday’s game versus the Clippers? The Bulls could sure use him in that one.

Anyway, let’s just hope that sitting Porter until next week is out of an abundance of caution and that this will turn into a full-blown Wendell Carter jr. situation where we realize things are much worse than initially expected. My fingers are very tightly-crossed. VERY (it hurts).

MICHAEL: And remember, should the Bulls find themselves in a position to deal someone like Porter at mid-season, he’ll return full value only if he’s demonstrated an ability to stay on the court. So far, not so good.