Valentine Deserves to Play Over Hutchison, But at What Cost? Skip to content 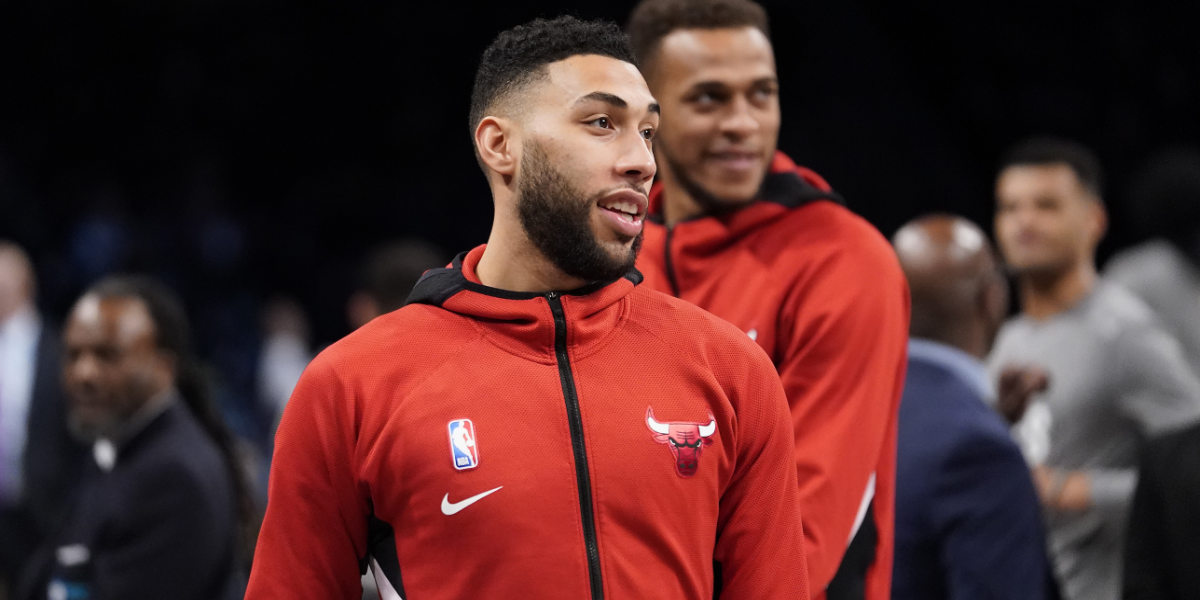 Thanks to improved health and a couple of offseason additions, the Chicago Bulls have far better depth at the wing this season than they have in the recent past. In fact, if anything, they’ve created a bit of a logjam at the position, with Patrick Williams, Otto Porter, Chandler Hutchison, and Denzel Valentine all eating minutes at small forward. Don’t get me wrong, that’s a good problem to have, but it still puts head coach Billy Donovan in a bit of a tough place.

For example, we know Patrick Williams is going to get his run.

The rookie is the first hand-picked talent of the new regime, and the Bulls clearly hope to determine his fit at the wing as opposed to at power forward (where some believe he’d be a better fit). We also know Otto Porter will get his fair share of minutes when healthy. The veteran forward is a talented 3-and-D option whose basketball smarts help create a better overall product when on the court. So … that leaves the Bulls with Valentine and Hutchison fighting to prove their worth.

Fortunately for both, the Bulls are one of the worst team’s in the NBA when it comes to staying healthy. Wendell Carter Jr. has hit the injury report for a month, and Porter continues to deal with a lingering back issue, thus opening spots in the rotation for Donovan to experiment a bit more with his roster. However, while Valentine and Hutchison are both available, it appears Donovan has made up his mind on whom he trusts more.

Valentine has averaged 15.5 minutes over the Bulls previous seven games. Hutchison, on the other hand, has taken the court for less than 8 minutes in that span. I think it’s important to note that Hutchison did miss 10 games this season due to a positive COVID-19 test, so he’s obviously still working his way back from that troubling time off. At the same time, he has been active since the Bulls faced off against the Charlotte Hornets six games ago, and Donovan did not offer the most encouraging outlook for his future playing time when asked prior to Wednesday’s game.

In other words, Donovan just thinks Valentine would do a better job, and it’s hard not to agree when you look at some of his recent numbers.

Valentine’s season averages may not be particularly sexy (6.7pts, 3.7reb, and 1.8ast), but the advanced analytics are a lot friendlier. The fifth-year player’s assist percentage sits at a solid 13.5 percent, which ranks in the 71st percentile, per Cleaning the Glass. Likewise, he has limited the turnovers when on the court (which has been a major issue for, like, everyone else on this team), and his 8.3 TOV percentage is second-best on the roster behind Porter. His scoring numbers haven’t necessarily been promising, but they don’t really need to be as long as he continues to do what he does best, which is knock down the 3. He is shooting 38.1 percent from behind the arc and 41.3 percent on his catch-and-shoot 3-point attempts this season.

Now, the stats can’t factor in his (often) mind-boggling decision-making. There is no question that he can play too confidently for his own good, which ends up in some major whiffs during big moments. We saw that exact situation play out against the Knicks when Valentine called ISO-ball with about five minutes to go and the Bulls down 3. He then decided to drive into traffic and put up a horrible, contested floater. Oh, and then immediately on the next possession, he missed a ridiculous 3-pointer from 29-feet out. Billy Donovan subbed him out right away.

Still, even with Valentine’s head-scratching decision, the stats back-up the choice to play him over Hutch. And that’s pretty good to hear when we consider the Bulls decided to reward him with a qualifying offer this offseason.

This does put the Bulls front office into a weird situation, however. Looking toward the future, Hutchison is the one set to be on the payroll next season … not Valentine. If the front office is supposed to be in the midst of an evaluative year, shouldn’t they want to see a bit more of what someone like Hutchison has to offer? And, if not, is it safe to assume this is it for Hutchison and the Bulls? Could we see them try to package him into some kind of deadline deal this season?

I know these do not seem like questions we need to have answered immediately – and I suppose that’s true – but this does tie into the topic of near-future changes we could see from this front office. It’s just a fact that both Hutchison and Valentine hold a roster spot, and what Arturas Karnisovas and Billy Donovan decide to do with each could give us a better idea of (1) the type of talent and (2) the style of play this new-look team prefers.