The should-be All-Star (#VoteZachLaVine) posted 22 of his 39 points in an energetic first half, and it didn’t take long for the rest of his teammates to feed off his performance. The Bulls finished with five players in double-figures, and at one point held a 33-point lead over the Magic just one night after a disappointing 123-119 loss.

The last time the Bulls were up that big that deep into a game? Four years ago.

Tonight demonstrated exactly what’s different about this Bulls team. While they may still have their growing pains and bumps in the road, they are a much more disciplined and focused unit. They hold themselves accountable for their mistakes, and even better … they learn from them. The last time the Bulls held a similarly significant lead, they found themselves blowing it to the Oklahoma City Thunder. This team around, they kept eating, and when it looked like they were full, Billy Donovan made sure to call a timeout and force the blowout victory down their piehole.

Anyway, before I wrap this EBS and do some stomach exercises to prepare for the loads of beer and cheese I plan to eat tomorrow, let me give one final shoutout to Patrick Williams. After scoring a career-high 20 points on Friday, the rookie filled in for Lauri Markkanen rather flawlessly. He helped the Bulls have one of their best defensive performance of the season while also shooting 7-13 from the field on the opposite of the ball. His 16-point, 10-rebound performance marked his first career double-double. Breakout weekend? 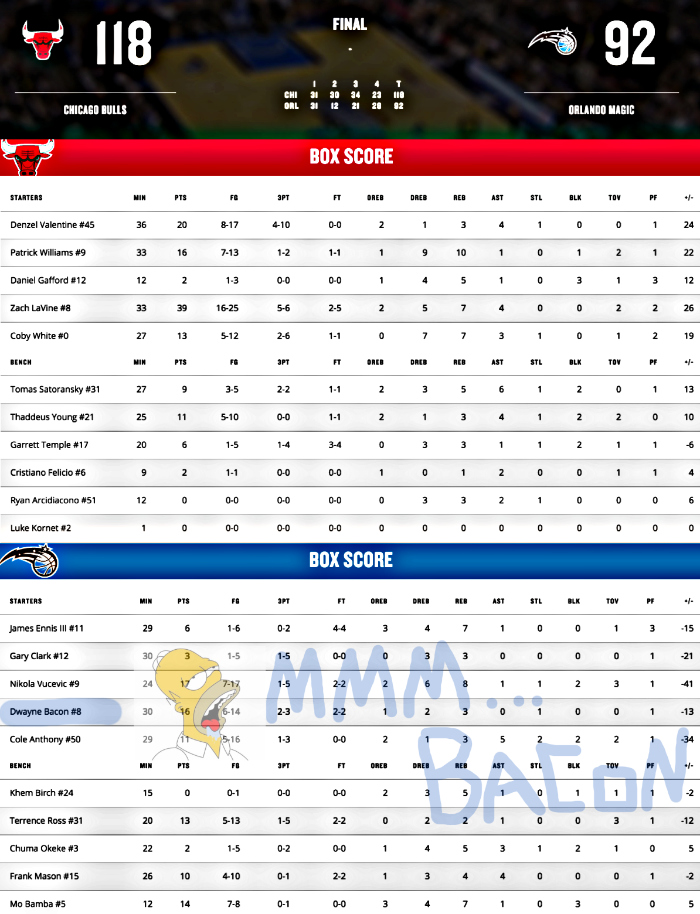