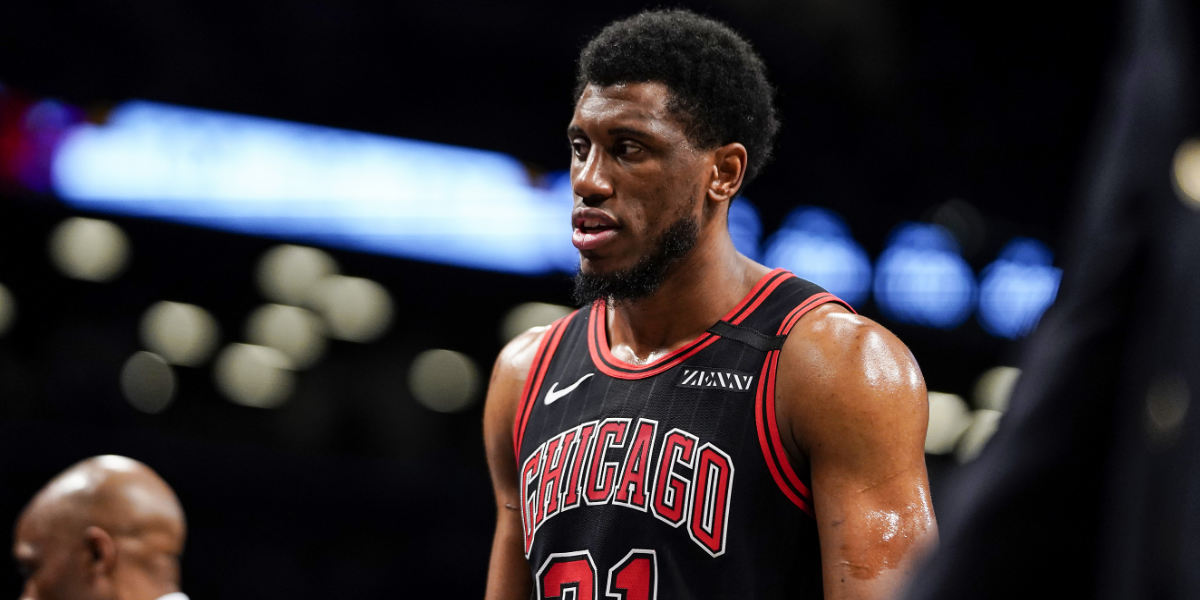 With a new front office and coaching staff in the midst of their first full season in Chicago, it isn’t too surprising that teams around the league view the organization as a possible trade partner. With the exception of Patrick Williams and Garrett Temple, no one on this current Bulls roster was hand-selected by the Arturas Karnisovas and Marc Eversley brain trust. No, that doesn’t mean they will want to start from scratch, but it does mean they could be far more willing to part with players sooner than later, especially those who don’t fit their more long-term vision.

Thaddeus Young has played some of his best basketball in years over the Bulls’ first 21 games of the season, and it’s reportedly caught the eye of executives around the league. According to Joe Cowley of The Chicago Sun-Times, Young is arguably the Bulls most intriguing trade prospect right now, and the organization could receive their fair share of calls before the March 25th trade deadline.

According to an NBA source, teams hoping to acquire talent by the tentative March 25 trade deadline are increasingly looking to the Bulls as a potential trade partner, with veteran forward Thad Young suddenly drawing the most interest.

The interest in Young makes all the sense in the world. A true veteran and strong locker room presence, Young has somehow only further developed his game in year 13. His 4.3 assists per game is a career-high, and his 1.20 assist-to-usage ratio sits in the 97th percentile, per Cleaning the Glass. In other words, Young is playing like a truly elite point-forward off the bench right now, and when we combine that with his already solid defense, there is no question that contending teams could find a use for him in the playoffs.

I have no doubt the Bulls value Young for a number of reasons, but do they value him enough to keep him off the trading block? Probably not. Unless the team finds themselves in a situation where the play-in tournament or 8-seed is cleary within reach, I don’t see a justifiable reason not to actively field calls and seriously consider offers. In fact, even if they’re heading towards a late-playoff seed, the Bulls should consider a deal. Not only would trading Young allow the front office to add some additional assets to make this team their own and theoretically better suited for the future, but it would also put Young on a more competitive team, which I think is something he deserves at this point in his career.

What exactly the Bulls could get in return for Young is hard to say. I think that will all depend on his play over the next couple of weeks as well as how the rest of the market shapes out. The fact that his 2021-22 deal is only partially guaranteed, though, could make him an even more valuable player to add for teams across the league. While he would still be under control next season, it would offer up contending teams a bit more cap flexibility than some other trade targets.

In the meantime, we can’t leave out the rest of the roster. Young might be the most coveted player at the moment, but it sure sounds like the Bulls could receive plenty of calls on other players over the next month or so. We already know that teams have had their eye on Zach LaVine, though it is also becoming increasingly clear that the Bulls are interested in keeping him around. Guys like Lauri Markkanen, Otto Porter, and Garrett Temple have all played solid basketball when available this season, as well, and all are also on expiring contracts this season, which could make the Bulls more open to a deal.

Anyway, while it’s unclear how active the Bulls will actually be at the deadline, it does seem clear that we should expect to hear their name mentioned quite a bit.