REPORT: Pistons on the Verge of Trading Derrick Rose Back to the Knicks Skip to content 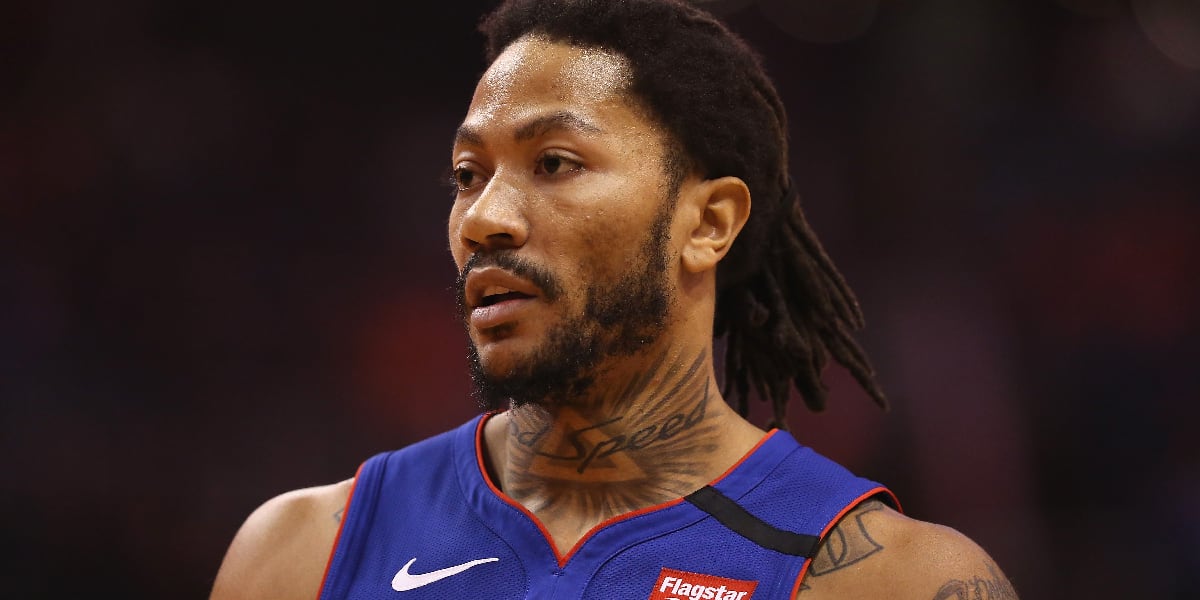 Two former Bulls, Derrick Rose and Tom Thibodeau, are on the verge of a reunion.

The Detroit Pistons are nearing agreement on deal to send Derrick Rose to the New York Knicks for Dennis Smith Jr. and draft compensation, sources tell me and @JLEdwardsIII.

According to The Athletic’s Shams Charania and James L. Edwards III, the Pistons have been in talks with the Knicks about a trade for the veteran point guard.

The news first broke on Saturday, when we learned that Detroit and Rose both agreed that a separation would be in the best interest of each party. The Pistons are in full-blown rebuild mode and have clearly prioritized playing their young talent. Rose has reportedly been nothing but helpful toward developing the team’s young pieces, but it’s not surprising that the 32-year-old – who has not appeared in the Pistons last three games – would prefer to be on a team where he can provide a greater impact on the court.

While I’m a bit surprised that Rose will not end up with a true contender, the Knicks do have (1) a very meh point guard situation and (2) one of Rose’s biggest cheerleaders as their head coach, Thibs.

Elfrid Payton and rookie Immanuel Quickley have been carrying a bulk of the point guard duties, and both have faired fine. Quickley, in particular, looks like an encouraging young talent, but I think there is no question that adding a veteran Rose could provide even better play at the position and a good face in the locker room for the Knicks younger talent.

This will be Rose’s second stint with the Knicks (remember when the Bulls traded him there? *laughs until cries*) and the third time Thibodeau will serve as his head coach (Bulls, Timberwolves, Knicks). Honestly, I don’t love that all these former Bulls are finding themselves reuniting in New York … but whatever. As fun as it would be to see some of this happening in Chicago, the Bulls are on a new path. We shouldn’t dwell in the past.