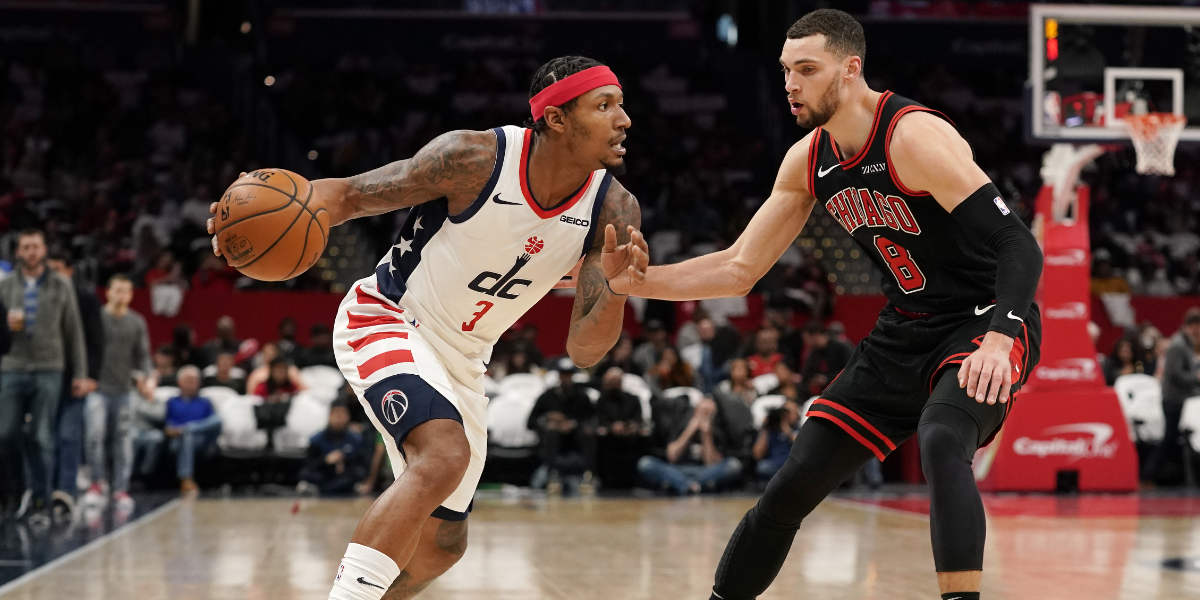 I need to learn how not to get my hopes up. I truly had no skin in last night’s game, but I found myself sitting and wallowing in disappointment during much of the second half. No, it wasn’t because I ate too much (well … that was part of it), but I pumped myself up all week thinking we were in store for an epic, offense-heavy, back-and-forth final game of the season. Instead, Tom Brady just did Tom Brady things and Patrick Mahomes didn’t do Patrick Mahomes things (#ExpertAnalysis). Boring.

•   Fortunately, a Zach LaVine vs. Bradley Beal matchup is here to save the day! While both might lead some underwhelming teams, it’s rarely a poor watch when these two face off. Not to mention, it just feels like LaVine could have a little extra to play for this time around. Not only has trade speculation increased over the weeks with his improvement, but he checked-in several places behind Beal in the NBA’s first release of All-Star votes. One game isn’t going to change anything, but any chance LaVine can outplay a fellow All-Star – especially one as equally offensive-minded as Beal – his stock can rise.

•   Also, it sure doesn’t hurt that he is coming off a ridiculous 39-point performance against the Magic – one where his leadership stood out most. The Bulls suffered an annoying 4-point loss to Orlando one night before, and LaVine came out determined to set a new pace. He scored 22 points in the first quarter, shooting 10-15 from the field. Only two of those shots came from behind the arc as LaVine played like the aggressor. He fought his way into the paint and took the responsibility of establishing a much more physical presence, and that is exactly the type of thing star players do on a regular basis. He steered the ship in the right direction from the moment the ball tipped, and that’s exactly what he’s going to have to continue to do over the next several weeks. Why? Well, this is one reason …

Dang: Lauri Markkanen Will Miss 2-4 Weeks with a Shoulder Injuryhttps://t.co/dhCU2NvX2p

•   Hello Darkness My Old Friend. Lauri Markkanen will join Wendell Carter Jr on the sideline for the foreseeable future, ridding the Bulls of their entire starting frontcourt. What’s new, right? If there was any time for LaVine to look like a true superstar, it would be right now. The Bulls schedule to wrap up the first half of the season isn’t nearly as complicated as what we saw throughout much of January, but it could feel just as hard if other players can’t step up in the absence of the team’s best big men.

•   Your time is now, Pat Will. While I’m optimistic about Williams’ ability to play the wing, I’m very excited to see him (likely) start as the team’s power forward over the next couple of weeks. In Markkanen’s last two games missed, Williams has done a pretty outstanding job in relief, putting together a career-high (20) and his first career double-double (16pts, 10reb). We’ll talk about what his extended stint at the four over the next few weeks could mean for the team moving forward a little later.

•   Brief power rankings check-in: The Athletic gives the Bulls their highest rankings this week at 23rd overall, which is then followed by a 25th-place finish at The Ringer. Meanwhile, Bleacher Report and ESPN place Chicago 26th. Pull off some more wins without Markkanen and Carter Jr., and I think this team should trend up.

•   Bulls could avoid Westbrook tonight, which I’m sure Coby White is happy to hear.

Russell Westbrook normally doesn’t play in second games of back to backs. If that policy holds true, don’t expect him to play tonight against the Bulls. Things are always subject to change, but…. The Wizards lost on Sunday in Charlotte. Westbrook played 28 minutes.

•   Derrick Rose is in New York, is Jimmy Butler next? Hear that and more on the news at 10.

“Thibs getting the band back together.” pic.twitter.com/bg1Wr8hkPS

•   The Nets signed big man Noah Vonleh, who the Bulls waived after a meh preseason stint. You know what’s funny about that, though? And by funny, I mean absurdly annoying? The Bulls could REALLY use Vonleh right about now.