Markkanen Hoping for a Quick Return, Tonight's Bad Matchup, the G-League Bubble, and Other Bulls Bullets Skip to content 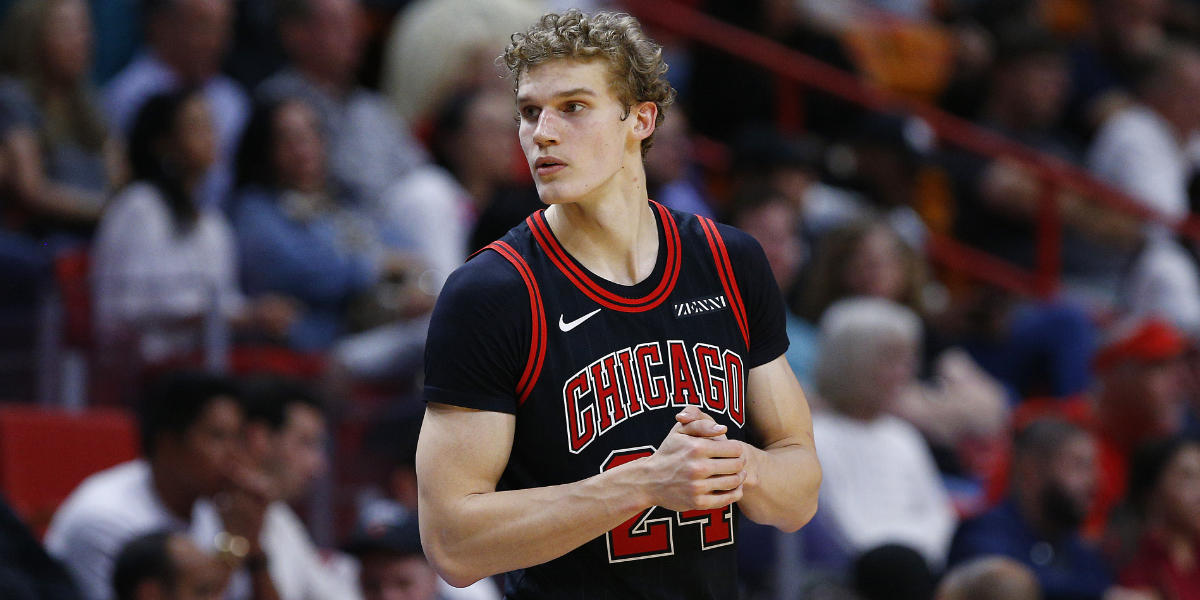 I woke up this morning super cranky. Like, we’re talking two-year-old who hasn’t had his nap and is hungry as hell kind of cranky. I even made sure to hit the hay a little early last night, so I’m not quite sure why I feel this way. Ugh. At least I got some time to cheer up before the Bulls inevitably bring the crankiness back.

•   Lauri Markkanen sounds pretty gutted by his recent injury news. When speaking with reporters on Tuesday for the first time since his shoulder sprain diagnosis – which the Bulls announced could keep him sidelined for up to four weeks – Markkanen was pretty open about his frustration (via NBC Sports Chicago): “Obviously, when it happened, I was frustrated and disappointed. I did everything on my part to not have this happen. That’s part of the game, unfortunately. I feel better. I would say not every day. There are bumps in the road. But I do feel better now compared to when it happened. So that’s good.” Markkanen went on to say that he hopes to return on the earlier side of the medical staff’s two-to-four week estimate. The team’s February 22nd game against the Rockets would be exactly two weeks from the day the team announced his injury, so perhaps this game or the following one against the Timberwolves on the 24th are two to keep an eye on. Fingers-crossed.

•   Billy Donovan also spoke with the media on Tuesday, and the head coach was asked whether or not the Bulls all-too-familiar injury trouble could impact the organization’s vision for the season. Unsurprisingly, he didn’t offer much input, saying that he and Arturas Karnisovas will surely speak about the trade deadline and other important topics at some point down the road, but they are currently focused on the here and now. Check out more from Markkanen and Donovan below:

•   To be honest, I might feel more confident about hitting a halfcourt shot with my eyes closed than I do about the Bulls beating the Pelicans tonight. While New Orleans may be another sub-.500 team, the Bulls are coming off another low-energy and messy loss. Not to mention, they will take the court tonight against Zion Williamson and Steven Adams without their two starting frontcourt pieces. Both players are wickedly strong athletes who pound the paint with tireless physicality. The Bulls have shown few signs of life against such imposing big men in the past. Daniel Gafford has built up a knack for foul trouble, Thaddeus Young simply isn’t big enough to battle down low consistently, and Cristiano Felicio is … well … Cristiano Felicio (although, to his credit, he has given the Bulls some solid short stints as of late). I’m not sure what the gameplan will be against either of these players tonight, but the only way this Bulls team will win is if they somehow neutralize their success in the paint.

#Bulls vs Pelicans tonight at 8 p.m. NO will be on 2nd leg of back-to-back, but have also won four in a row.
During win streak, Ingram is averaging 25.5 pts and Zion 23.8. Zion has played in Pels' previous back-to-backs

•   Some other not-so-fun-facts about the Pelicans: They are currently on a five-game winning streak, average the third-highest REB% per game, have the 2nd-highest OREB%, and draw the 7th-most personal fouls per game (the Bulls foul the 9th-most). Did I mention I hate this matchup for the Bulls? Fortunately, Chicago does have the advantage of playing New Orleans on their backend of a back-to-back, but I should point out that several starters did get to rest on the bench for longer than usual last night thanks to a blowout 130-101 victory versus the Rockets. The Pelicans’ defensive rating also sits just one spot higher than the Bulls, so if Zach LaVine and Co. can get back to hitting their shots along the perimeter at an efficient rate, they could counter some of the Pelicans’ expected damage down low.

•   Bulls streamed a previously recorded open practice. All things considered, it didn’t really feature anything too special, but it’s still cool to get a closer look at some of the Bulls new assistant coaches in action.

Bulls Open Practice: @AdamAmin & @Stacey21King take you behind the scenes of one of our recent practices. Presented by @AmericanExpress. https://t.co/dt44d0Mb0R

•   The G-League bubble is officially underway in Orlando! Some of 2021’s top prospects will be featured heavily over the next couple of weeks, and when your favorite team is the Bulls, it can never hurt to watch some extra film on those kinds of guys. Bulls rookie two-way player Devon Dotson will also be inside the bubble playing for the Canton Charge, so keep that in mind if you’re eage to see a bit more from him.

With the G League Ignite officially taking the floor today, learn more about the top prospects.

•   The Bulls need to stop playing down to their opponents.